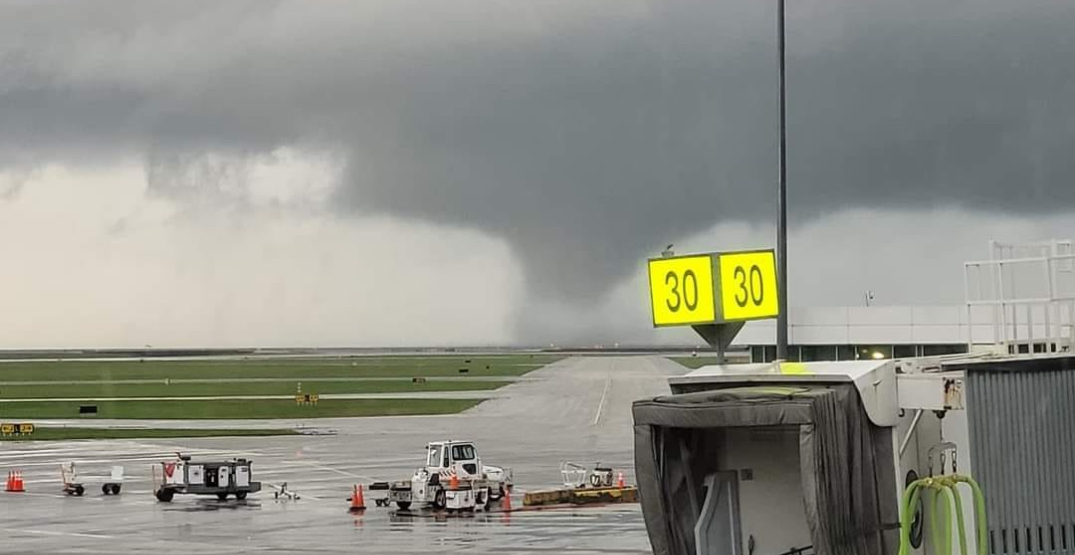 All eyes have been on Vancouver’s skies this fall as we’ve seen everything from the northern lights and double rainbows to tornadoes.

After a thunderstorm rolled into the city in the late afternoon on Saturday, November 6, Environment Canada issued a tornado alert that lasted for less than 30 minutes.

did anyone else see this in south van? #vancouver #waterspout #tornado #yvr pic.twitter.com/q7BXqfDnw1

Got these from where I work at the YVR Seaplane Base! Incredibly lucky I had my camera on me! pic.twitter.com/1IHGKzTBoA

In the UBC area, grey skies were churning dangerously. One YouTube user even shared a video that shows a tiny tornado touching down at the golf course at UBC.

A YouTube user on the scene at UBC shared videos of the weather and its aftermath, showing trees torn out and debris scattered on the ground.

While there doesn’t seem to be any more danger from tornadoes, Metro Vancouver is still being hampered by strong winds and a special weather alert is in effect with strong winds expected to arrive in the evening on Monday, November 8, and remain overnight into Tuesday.