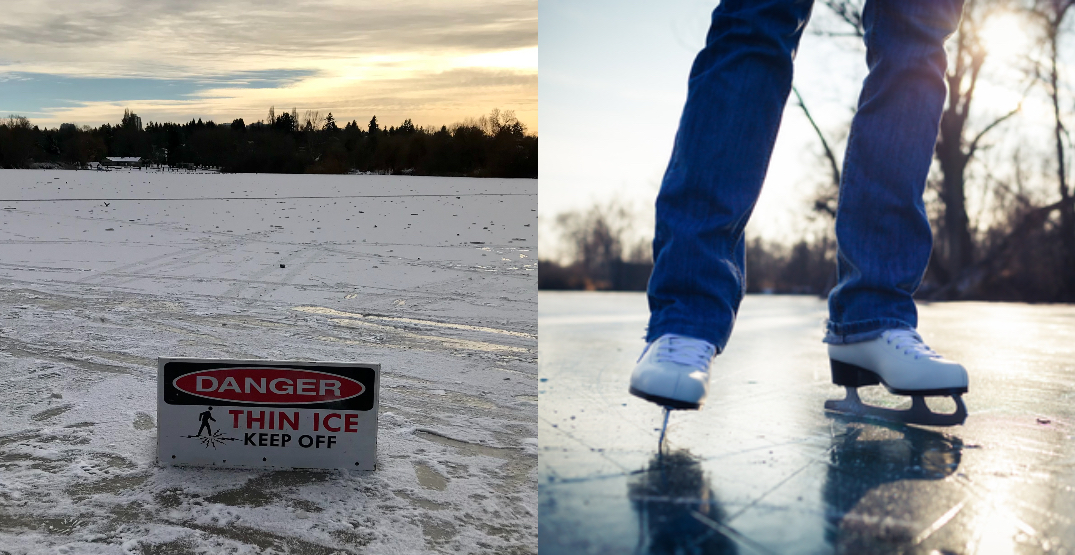 While the region freezes to well below zero this week, the Vancouver Park Board is warning residents to keep off the ice – no matter how cold it gets.

In a tweet shared on Tuesday, December 28, the Vancouver Board of Parks and Recreation warned residents of thin ice in the city’s parks.

“Although it has been very cold, and the edges around some of Vancouver’s lakes/ponds seem thick enough, it is not safe,” reads the tweet.

⚠️Thin Ice!⚠️
Although it has been very cold, and the edges around some of Vancouver’s lakes/ponds seem thick enough, it is not safe. Do not go on the ice, or let your pet go on the ice, at Trout Lake, Lost Lagoon, Jericho ponds or any other body of water. 1/4 pic.twitter.com/gYjVh0ORCz

— Vancouver Board of Parks and Recreation (@ParkBoard) December 28, 2021

Should you fall through the ice, the parks board said that you can follow these steps to help yourself:

If you see someone go through the ice, call 911 and do not attempt to save them yourself.

Even though the parks board has advised residents to not go on the ice in Vancouver’s parks, a video posted to Reddit on Tuesday, December 28 showed folks taking to the ice that formed on a pond at Vanier Park.

A city rep told Daily Hive that there haven’t been any incidents related to people falling through the ice that they have been made aware of and to their knowledge, there isn’t a bylaw prohibiting skating in parks.

“At this time, we’re asking people to stay off the ice at all locations including Vanier,” the rep said.

If you’re looking to hit the ice this season, please stick to one of these forty Metro Vancouver ice rinks instead.