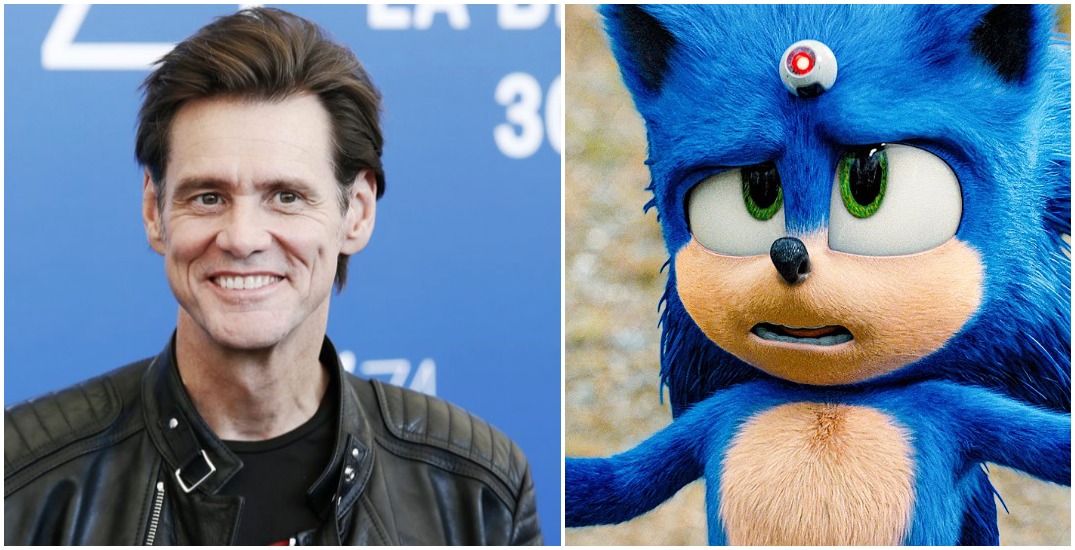 Jim Carrey fans were thrilled to spot the Canadian-born comic in Fort Langley earlier this week.

The Toronto native is in town shooting Sonic the Hedgehog 2, reprising his role as the evil Dr. Ivo Robotnik. Carrey originated the live-action role in the first film, which was released in February 2020. The movies are, of course, based on the wildly popular ’90s video game character Sonic the Hedgehog.

The Paramount-produced flick began shooting March 15th and is scheduled to film until May 5th.

Through April 16th – 29th, eagle-eyed fans may catch a glimpse of Carrey — or his costars James Marsden, Tika Sumpter and Lee Majdoub — as they take over Fort Langley.

Some more pictures of the set for Sonic 2, from Fort Langley. @WhatsFilming @yvrshoots #SonicMovie2 pic.twitter.com/0rrlbjw4Xx

The historic suburb is being transformed into the fictional town of “Green Hills,” dubbed “the little town with a big heart” in the movie.

Movie-related signage could be spotted on various buildings in Fort Langley, including “Dr. Maddie Wachowski’s” Main Street Veterinary Clinic — a nod to the name of the wife of Tika’s character Tom.

Other clues include the Mean Bean coffee shop facade, which is a nod to another early ’90s Sega game, Dr. Robotnik’s Mean Bean Machine. Several stunts appeared to be shooting outside of the fictional java bar. Finally, Fort Langley’s Community Hall building has been rebranded as the Green Hills Town Hall that included a helicopter and several tanks outside.

We can see that the scene being filmed might involve a Car chase of some sort.

Filming for Emerald Hill in Vancouver will continue until May 10th according to people! pic.twitter.com/yPNfcs0RDS

Prior to this week’s shoot in Fort Langley, the Jeff Fowler directed film was spotted in production around downtown Vancouver. The city appeared to be the backdrop for our southern neighbours Seattle, with the Washington city’s name appearing on prop police cars and a garbage truck outside of luxury retailer Leone.

Clues have also popped up that the movie also shot in Surrey — and could possibly return, An “Emerald Hill” from the game — also the working title for the film on production lists — appears to have been constructed at the A Rocha Environmental Stewardship.

In the first film, which grossed over $58 million at the beginning of the pandemic, the Sonic (voiced by Ben Schwartz) stops Jim Carrey’s character, Dr. Robotnik, from taking over the world with his evil plans. Along the way, the quick-witted hedgehog befriends Sheriff Tom Wachowski — played by James Marsden — who joins in on Sonic’s plan. The movie was released for home entertainment viewing after theatres were shut down due to COVID-19.

The first film was set in San Francisco, California but shot in Vancouver from July – October 2018.

Sonic The Hedgehog 2 is scheduled for an April 2022 release.