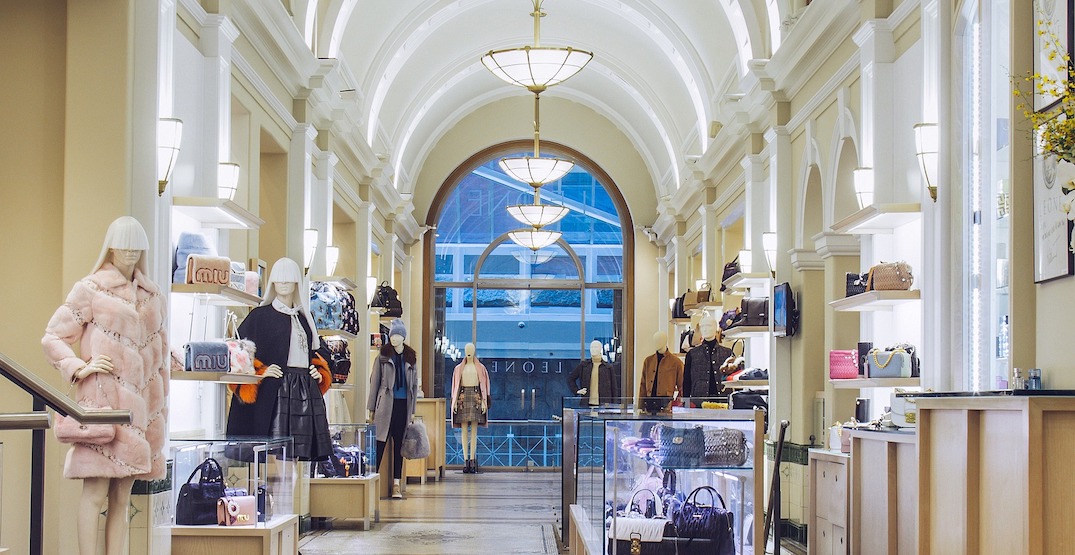 A longtime luxury clothing retailer inside Sinclair Centre in downtown Vancouver has announced it will be shuttering its doors for good after 33 years of business.

Leone indicated yesterday in a social media post its closing down sale will begin today, March 6. Up until very recently, the upscale men’s and women’s clothing and accessories retailer reached a size of 25,000 sq. ft. in the base of the Sinclair Centre complex at 757 West Hastings Street.

The store first opened in 1987, and at one point there was an intention to designate the retail area in and around Sinclair Centre into a luxury retail district in the city, but that never materialized, with the competing Alberni Street strip gaining momentum in this retail sector in the 2000s.

A representative from Leone was not immediately available for comment.

According to Retail Insider, Leone was a major fixture in Vancouver’s luxury retail landscape, serving as the entry point for international brands. But many of these brands have either opened their own standalone stores or moved to Holt Renfrew and Nordstrom.

The store’s decision to permanently close comes after its footprint downsizing last month, when a retail floor with a cafe was closed and the store was reconfigured.

The closure comes at a time when the luxury retail industry is facing immense challenges from intense competition, as well as political and economic stressors both locally and internationally.

Only a handful of businesses now remain in Sinclair Centre, which is owned by the federal government. Most of the businesses have closed, and foot traffic has seen significant decreases over the past decade, particularly after the closure of the food court. The upper levels are occupied by federal government offices — Canada Revenue Agency, Health Canada, Service Canada, and Passport Canada.

The heritage complex entails four mid-rise buildings constructed between 1910 and 1936. It was last renovated in 1986, when an enclosed galleria was built to unify the buildings.