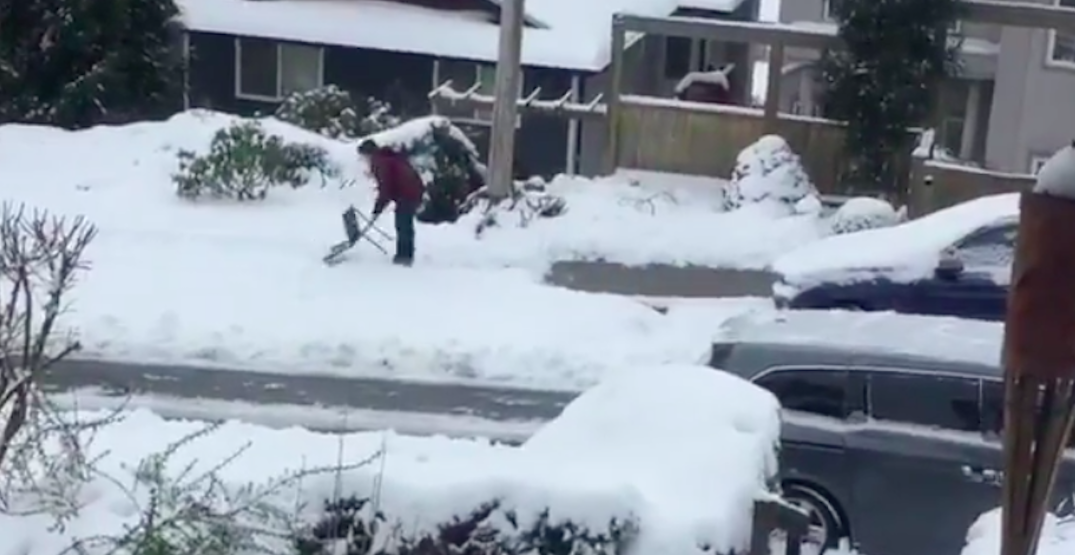 The snow overnight and throughout the past few days has wreaked havoc on commuters, the transit system, and general day-to-day life.

While many may have found themselves unprepared for the winter wallop, others took the opportunity to get creative with whatever they had to help them deal with the snow.

Case in point: This guy who used a folding chair as a makeshift shovel to clear snow from the sidewalk in front of his house.

The video was captured by Kahlil Ashanti and shared on Twitter. It’s gone viral.

And with more snow in the forecast, you might want to keep those shovels – or chairs – closeby.