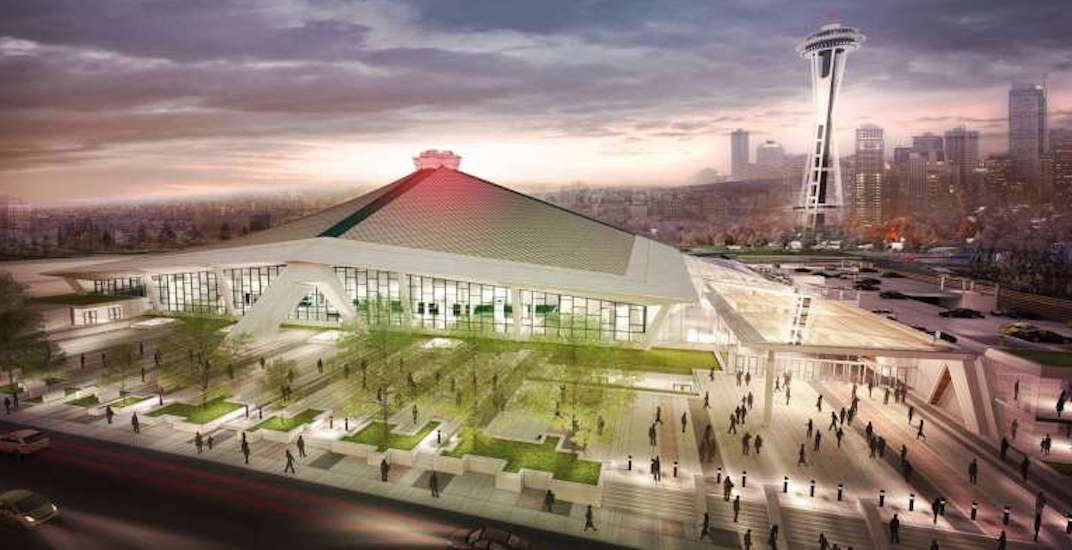 A pair of new major professional sports franchises could be calling Seattle home in the not too distant future.

Seattle City Council voted 7-1 on Monday to approve a new $660 million package to build a new arena at Seattle Center, where KeyArena – the former home of the Seattle Sonics – is located.

It clears the way for a NEW Arena at Seattle Center by 2020, and potential #NHL franchise.

Seattle has agreed to a Memorandum of Understanding with the Oak View Group, led by former Maple Leaf Sports and Entertainment president and CEO Tim Leiweke. Leiweke’s group agreed to privately finance the $600 million building, in addition to spending millions more on transportation and community improvements.

They say they can have the arena built and ready to open by October 2020.

“We still have work to do,’’ Leiweke said after the successful vote. “The mayor was elected, and she has the right to ultimately make the final decision. We respect that process, and until she makes that decision we’re not done. And so we’re going to wait on any public comments until we can give the mayor a chance to weigh in on this.”

The Oak View Group should not be confused with the SoDo Group, led by Chris Hansen, that wanted to build a new arena near Safeco Field and CenturyLink Field (home of the Mariners and Seahawks) located in downtown Seattle.

King 5’s Chris Daniels, who has been reporting on the ongoing arena saga for years now, says there’s reason to believe Seattle will soon make a pitch for an NHL team:

There is widespread belief inside Seattle City Hall that Oak View will now make a serious pitch to the NHL to be an anchor tenant in the new building. UW grad and billionaire David Bonderman has met with multiple council members. Bonderman is an investor in the project and a minority owner of the NBA’s Boston Celtics. OVG has publicly identified him as the potential lead investor in an NHL franchise. The NHL Board of Governors is meeting later this week. Jeremy Jacobs, of the Boston Bruins, is the head of the BOG and also an identified partner of OVG.

With the addition of Vegas as the league’s 31st team, the NHL would like to add another to balance out its divisions and conferences. There just happens to be a need for another team in the West.

Seattle is a slam dunk for a new NBA franchise also, although expansion doesn’t appear to be as imminent in that league. The Sonics left Seattle for Oklahoma City in 2008.

A new NHL or NBA team in Seattle would be met with jubilation from sports fans in Vancouver. A Seattle NHL franchise would give Canucks fans their first geographical rival, as well as a realistic road trip option down the I-5 highway.

Seattle would be a more convenient location to watch NBA basketball for Vancouverites, as it is 280 kilometres closer than the current nearest option in Portland.