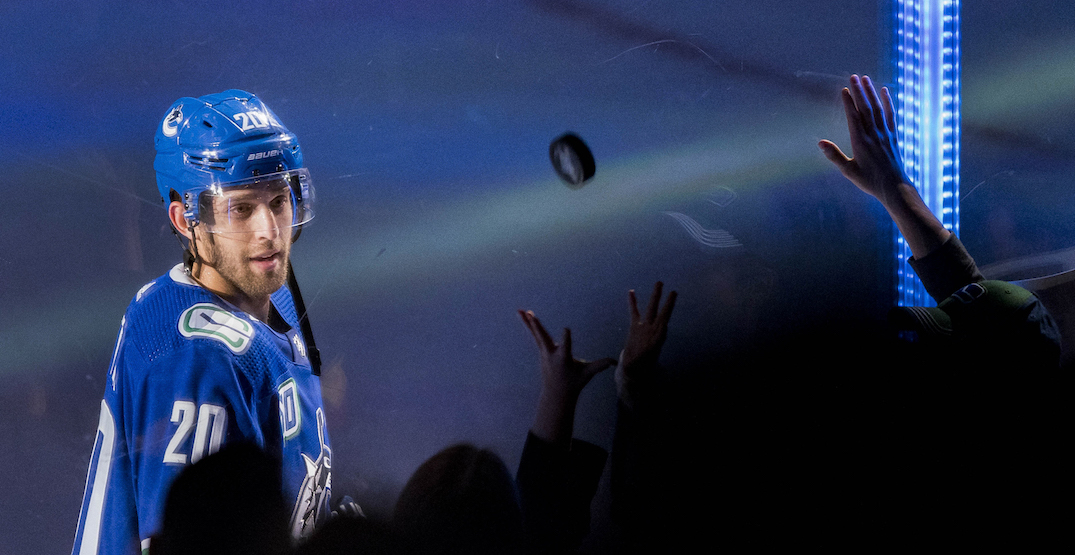 Lost in the shuffle of Super Bowl weekend and the Vancouver Canucks win over the Toronto Maple Leafs was the news on Sunday that Brandon Sutter is likely done for the season.

Bruce Boudreau said he wasn’t anticipating the veteran centre returning to the Canucks lineup at any point, after missing the team’s first 49 games with complications of long haul COVID.

For many it’s been a case of out of sight, out of mind with Sutter, many forgetting that he was still in the mix and for others a reminder that the hockey season and life in general goes on.

But for Sutter, it’s a little more complicated than that.

Monday was his 33rd birthday, and he’s 33 games away from being without an NHL contract.

As a player who is struggling to find full health, it’s not hard to make the argument that Sutter’s days in the National Hockey League are in effect over.

It’s a sad story for one of the truly good guys around the rink, who just hasn’t been able to regain the health and fitness level required to perform at the highest levels of hockey.

For years Sutter was a player that was simply never going to live up to the hefty contract he was offered, before he even stepped on the ice in Vancouver after being acquired from Pittsburgh.

It was never an issue of effort with this player. Good in the room, sure. Leadership qualities, absolutely. A second generation of one of the great families in hockey history, yes, that too. But he simply didn’t provide value for a player making more than $4.3 million a year.

The hope was that this season would be different, after the veteran centre signed a one-year, $1.125 million deal to shore up the fourth line and provide penalty killing utility. Oh, what the early-season Canucks would have done to have a right-shot centre that could win a few draws and step up while the team was shorthanded.

Of course, none of that happened after Sutter was unable to pass his physical ahead of training camp, and was assigned to the injured list where he resided these past five months.

Sutter may be getting on in hockey years, but at 33, he’s got a long life ahead of him. As a husband and father, his health on the home front is the most important thing.

It’s a shame the way all of this has played out for Sutter.

It would be incredible if there is another chapter to be told in his hockey story, but it’s hard to imagine that at his age, and after sitting out an entire season because of the after-effects of the virus, that he would be able find an NHL team that would give him another chance.

It’s incredible after all we’ve been through as a society these past few years that there are people that still think COVID is a joke or that think it’s just the flu, or that no one gets all that sick.

For those people, I would point to Sutter, and show them an elite level athlete in prime physical condition who has had one of the best jobs in the world ripped away from him.

The end comes for all professional athletes, and many don’t get to go out on their own terms. But imagine two years ago, telling Sutter that a global pandemic would put a halt to his playing days.

If this is in fact the end of the line, we salute Sutter for all he accomplished, and hopefully the Canucks can find a role for him in the organization, because he seems like the kind of person the team should still want around on a daily basis.

Presented by Audi Downtown Vancouver. Available on all platforms.