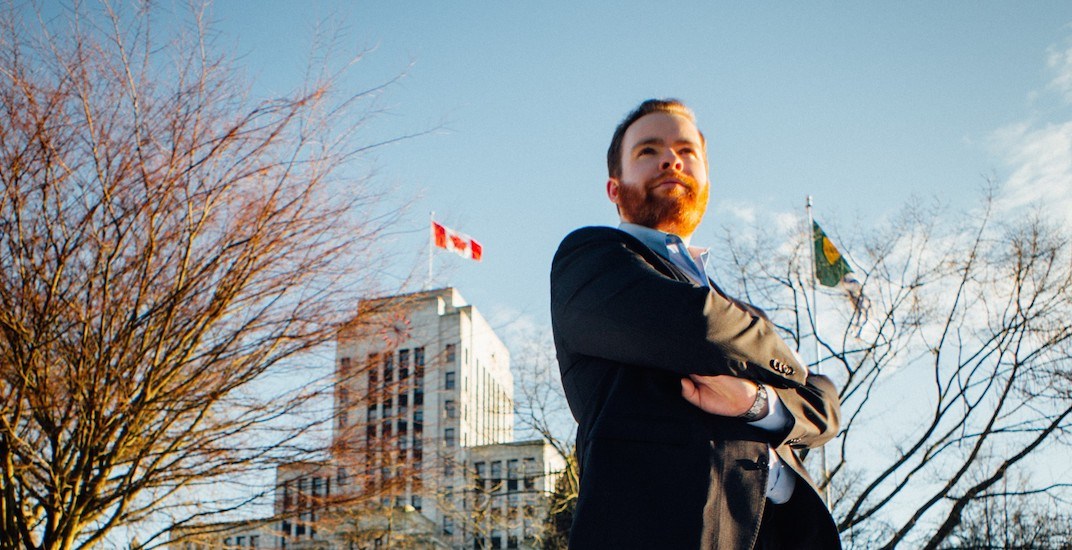 Another individual has added their name to the Non-Partisan Association’s (NPA) nomination process ahead of this fall’s Vancouver civic election.

Scott de Lange Boom, a civil engineer and former officer of the Canadian Armed Forces, has launched a campaign to fill a City Council seat.

He wants to “fix Vancouver” and be a “tireless advocate for the victims of the housing crisis.”

“I have fought for the housing Vancouver needs, but City Hall has repeatedly failed to act,” reads his platform.

“The change that was promised and desperately needed has not been delivered. In the face of failed leadership I want to be a part of a new generation at City Hall. A generation that is prepared to update and evolve Vancouver’s housing policy.”

De Lange Boom says new leadership willing to take “bold, decisive action to tackle the problems we face” is needed in the city.

“After 10 years of Vision Vancouver’s failures, after 10 years of sleepwalking through the housing crisis, 10 years of failing to make the necessary transportation infrastructure investments, and 10 years of watching businesses close from high rents & taxes, Vancouver needs a change.”

Some of his proposed policies on housing include changes in zoning that will “immediately move to end the prohibition of apartments on any residential land.”

He also wants the City to hire more staff to clear the backlog of permit applications and streamline the process. The implementation of these changes will begin with a comprehensive review of the permitting system “in order to ensure regulations and process truly serve the people of Vancouver’s needs.”

One other change relates to improving the transparency of the municipal government by ending the process of negotiating community amenity contributions (CACs) with developers. Instead, developers will pay a fixed CAC that cannot be negotiated down.

The candidate feels that too often communities see developers give money to city hall but little to no amenities are being built.

“Information about money taken in and amenities received should be readily accessible by the public, so communities can be assured they are receiving the value of amenities they were promised.”

Other area of focus in De Lange Boom’s platform deals with transportation as drivers and transit riders are, in his words, “suffering.”

“Poor leadership on transportation has led to unnecessary antagonism between those who drive and those who walk, bike, or transit.”

When it comes to the City’s taxation levels, De Lange Boom does not believe Vancouverites and businesses are “getting a fair deal and receiving value for the money they contribute to the city government.”

De Lange Boom received a Bachelors of Civil Engineering from the Royal Military College of Canada in 2012.

Other individuals seeking the NPA nomination include new city councillor, Hector Bremner, who is running for mayor, and ‘5 Kids 1 Condo’ blog author, Adrian Crook, who is also vying for a city councillor seat.

The NPA opened the race for mayoral candidates on January 30, 2018. A nomination meeting for the association’s members to elect its mayoral and councillor candidates will be held sometime in spring.

This year’s civic election will be held on October 20.