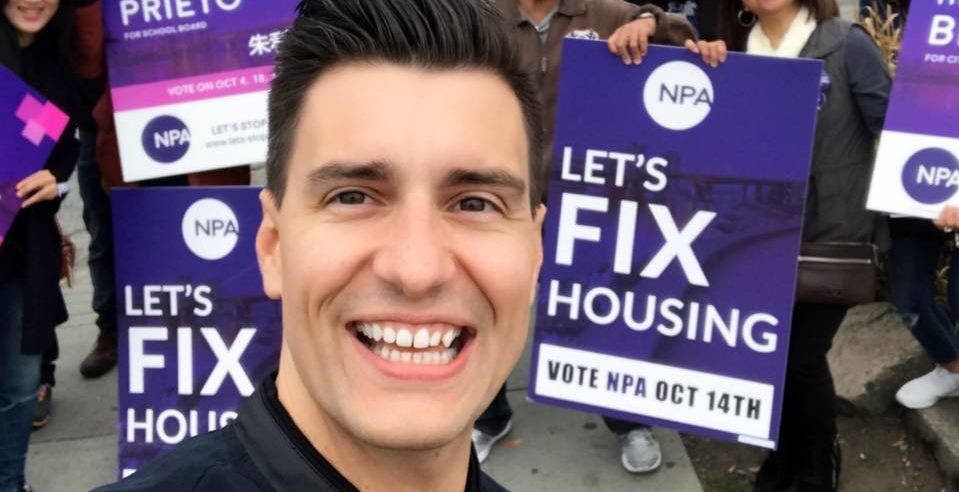 Vancouver’s newest city councillor announced today he is launching his campaign to become the next mayor of the city.

The Non-Partisan Association’s (NPA) Hector Bremner, who was elected into Vancouver City Council in a byelection last fall, confirmed he is seeking the nomination of the NPA ahead of the October 2018 civic election.

“Our city is facing major challenges, and we will be talking a lot about them over the coming months,” he wrote in a Facebook post. “We have all committed to identify and implement the changes needed to make it possible for middle class working people to live in and enjoy our city again.”

Fixing the city’s housing affordability and supply crisis is at the top of his platform priorities, with measures including implementing city-wide pre-zoning to end the “slow and wasteful piecemeal, building-by-building rezoning that comes before City Council.”

“This will remove speculation caused by scarcity, allow home builders to know the rules, and give residents price and market certainty,” reads the platform on his campaign website. “This change will also take the politicians out of the approval process and reduce spending on wasted staff time and resources.”

Other policies targeted at housing include streamlining City staff’s building approval process to speed up the construction of new homes to increase supply faster, and prioritizing social and family housing. Permit wait times, which now reach at least 18 months, will be reduced and capped.

There will be a focus on approving middle-class housing projects approved and built, and red tape and high City fees will be eliminated.

Vancouver’s growing transportation woes are also deeply tied to the housing crisis, and fixing transportation needs to be much more than about building the underground SkyTrain extension of Millennium Line to Arbutus and mobility pricing.

“Vancouver has never had a more car-friendly government than Vision Vancouver,” reads the platform. “With the lack of density and affordable housing close to where we work, they have forced our city on to highways, and into traffic.”

“There is no plan for building the housing people need close to where they work. That would be the first step for improving transportation.”

“We have $400 of debt per citizen, despite being a growing city where the world wants to live,” he wrote. “Right next door in Burnaby, they are sitting on a surplus of $2,900 per citizen. The only difference is incompetent government.”

He took aim at the party in power’s tax hikes over the span of the past decade, and asserts that increases in taxes should be linked with increased services provided by the City.

“We have had a 50% increase in taxes since Vision took power, with little to show for it. I will fight to restore the covenant that government should have with taxpayers, in which development should come with increased services,” the platform continues.

“A simple solution would be to add more homes, which would help solve our housing crisis, and reduce the share of taxes that each of us pays.”

Another priority is reducing the tax burden on small businesses, which are being “taxed out of our city.”

“Let’s spend our time on solutions, not political games”

Under Vision Vancouver, says Bremner, the city has never before been more divided and its political culture is broken.

“Our city is in a toxic state of inertia, due to political games and the ideological focus of our government,” he wrote. “We need to focus on how we can come together as a city, to quit playing politics, and stop using marginalized groups as political pawns.”

“We need to reshape our priorities, to emphasize treating each other well and getting things done, not playing politics. Let’s take good ideas no matter where they come from. Let’s spend our time on solutions, not political games. Let’s return to a place where we can imagine what is possible for our city.” 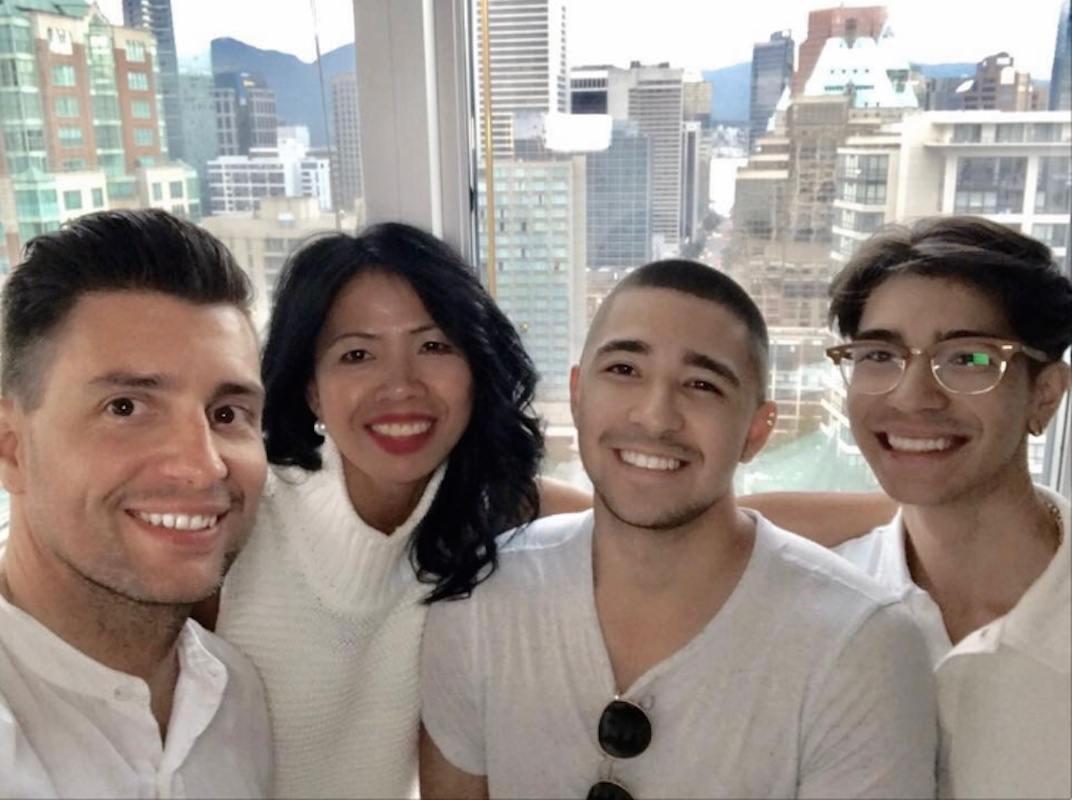 The municipal election is set to take place on October 20, and follows the departure of five representatives of Vision Vancouver, the controlling party, from Council.

Back in July 2016, Councillor Geoff Meggs resigned after nine years on Council, so he could serve as Chief of Staff to new BC Premier John Horgan. He was replaced by Hector Bremner.

The NPA opened the race for mayoral candidates on January 30, 2018. A nomination meeting for the association’s members to elect its mayoral and councillor candidates will be held sometime in spring.