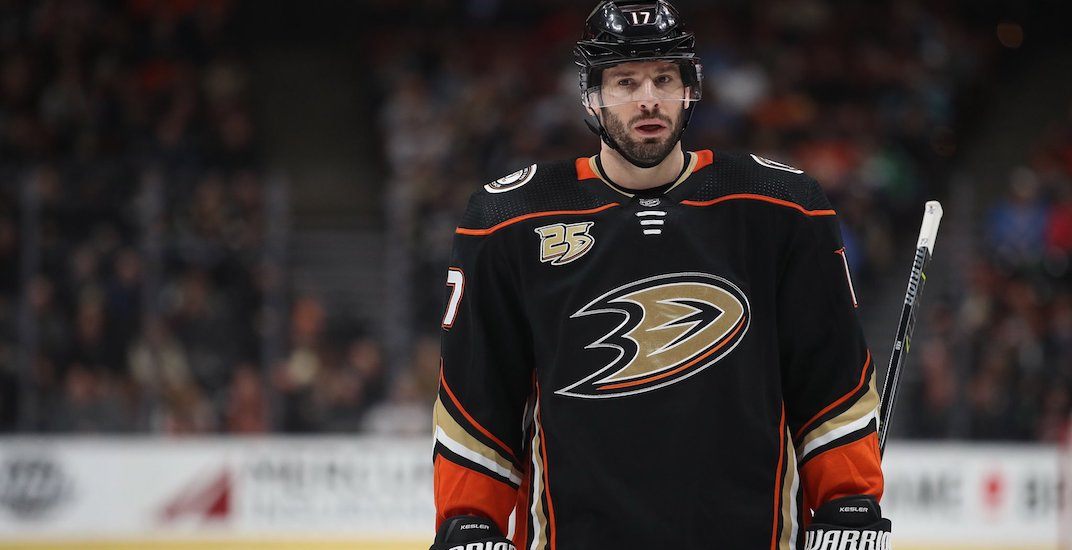 Ryan Kesler will likely miss the entire 2019-20 season and there is serious doubt whether or not he’ll ever play again beyond then.

The media release states that the surgery leaves open the possibility that Kesler could one day resume his NHL career following a “lengthy recovery,” but that may be wishful thinking.

Kesler, who has appeared in over 1,000 NHL games with the Canucks and Ducks, turns 35 this summer. That’s retirement age for most players, never mind one with a wonky hip.

The Livonia, Michigan native also underwent hip surgery in 2012 while a member of the Canucks — a procedure that kept him on the sidelines for nine months. Since undergoing another hip surgery in 2017, Kesler has been a shadow of his former self.

“At this point in my career, this surgery was the best option for my quality of life,” Kesler said in the release. “The pain I was suffering has been greatly reduced since the procedure, and I’m grateful for that.

“While my playing future is unknown, I’m in a good place. I want to thank all the doctors and trainers as part of ‘Team Kesler,’ my teammates, my agent Kurt Overhardt, the Ducks organization, the fans, and most importantly, my family, for their support. I’m extremely appreciative of everyone that has helped me through the process.

“I look forward to spending more time with my family and doing everyday activities without pain.”

Kesler has three more years remaining on his contract, which holds a $6.875 million cap hit, making it one of the more regrettable deals in the league. His contract also carries a no-movement clause, meaning the Ducks would be required to use a protection spot on Kesler for the Seattle expansion draft in 2021 if the veteran forward is healthy and unwilling to waive it.

“As we all know, Ryan has been fiercely battling his condition for quite some time,” said Ducks GM Bob Murray. “I’ve been extremely impressed by his determination to play despite being significantly injured.

“At this point, Ryan needs to think about his life and family. The pain he felt was significant and we agree with his decision to have this surgery. While it’s unlikely he will play in 2019-20, we will support any decision he makes about his future playing career. He deserves the utmost respect, which he will receive from the entire Ducks organization as he contemplates his future.”

A Selke Trophy winner in 2011, Kesler was a key member of strong Canucks and Ducks teams, but never was able to win the Stanley Cup he so desperately wanted. He came close during his first year in Anaheim, when the Ducks lost the 2015 Western Conference Final in seven games to Chicago. The Ducks also went to the Conference Final in 2017, losing in six games to Nashville.

But Kesler’s glory years came while wearing blue and green in Vancouver. He scored a career-high 41 goals in 2010-11 and posted a career-high 75 points in 2009-10. A heart-and-soul player on the ice, his relationship soured with Canucks fans when he demanded a trade and strong-armed the team using his no-trade clause in 2014.

His play on the ice is worthy of Ring of Honour status, yet he has been booed by Canucks fans in every game he’s played in Vancouver since the trade.

Will time heal the wound?