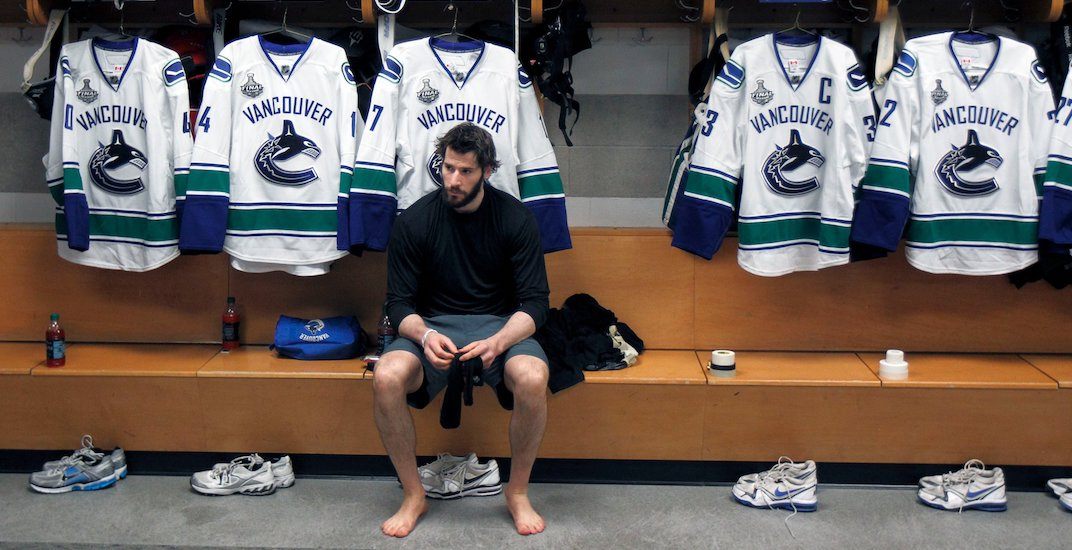 Sounding more mature and retrospective than we’ve ever heard him, the 34-year-old gave a number of heartfelt answers to questions about his time in Vancouver.

And yes, like a number of Canucks fans, 2011 still bothers him.

“[A chance to win the Stanley Cup was] the only thing I wanted,” Kesler said, explaining why he demanded a trade in 2014. “When I left Vancouver, it wasn’t about not liking it there or not liking my teammates.

“After that 2011 year, it affects you mentally, it affects you personally. I remember coming to the rink the next year and walking into [Rogers Arena] and all the memories just come back to you. It was hard walking into that arena because every time you stepped in, I always get that Game 7 loss back into my head.”

“I took it really hard. It was something I’ll never forget.”

Once a fan favourite, Kesler has been one of the most hated NHL players in Vancouver since he forced a trade out of town. Armed with a no-trade clause, he reportedly strong-armed the Canucks, giving GM Jim Benning just two teams that he would be willing to go to.

Fans were pissed, and have let him know it ever since.

Kesler has been criticized for a lot in his career, and the way he left the Canucks left a sour taste in everyone’s mouths. But something nobody could ever question was his will to win. Kesler gave his all for the Canucks on the ice, and the former Selke Trophy winner says it was his desire to win that drove him to leave.

“It’s tough. I get it as a fan when one of your players leaves the organization, but I knew which way the Canucks were going.

“I got a taste in 2011. I needed another chance. My career probably would have been unfulfilled if I didn’t give myself at least another crack. We had two cracks at the Western Conference Finals and we fell short both times.”

The Ducks blew a 3-2 series lead to the Chicago Blackhawks in the 2015 Western Conference Final, going on to lose Game 6 and 7 during Kesler’s first season in Anaheim. Two years later, the Ducks came close again, losing in the Conference Final to the Nashville Predators in six games.

“I really cherish the time I had in Vancouver. Looking back at the teammates and the fans and the time that I had there, it was an unbelievable ride and I was thankful to have the chance to play in a Canadian market with passionate fans.”

After 15 NHL seasons, Kesler is now a shadow of his former self. Injuries and mileage have taken their toll, to the point where Kesler has just 13 goals and 22 points in 103 games spread over the past two seasons.

Poised to miss the playoffs for the first time since 2012, the Ducks are past their prime as well.

As close as the Ducks came in 2015 and 2017, Kesler never got as close to glory as he did in Vancouver with the Canucks in 2011 – just one win away from lifting the Stanley Cup.

After a thousand games and in the twilight of his career, Kesler appears ready to look back at his time in Vancouver more fondly. He even mentioned the Canucks on Twitter for the first time in over seven years.

Want to say thank you to all of my family, friends, teammates, coaches, the @Canucks and @AnaheimDucks organizations and everyone else that helped me on my journey to 1,000 @NHL Games! And of course my fans, I couldn’t have done it without your support over the years! #RK1K

“You can look back now at the (2010-11) season and just reminisce about how good our team was… The fact that we didn’t win is crazy to me.

“It still sticks with me to this point.”