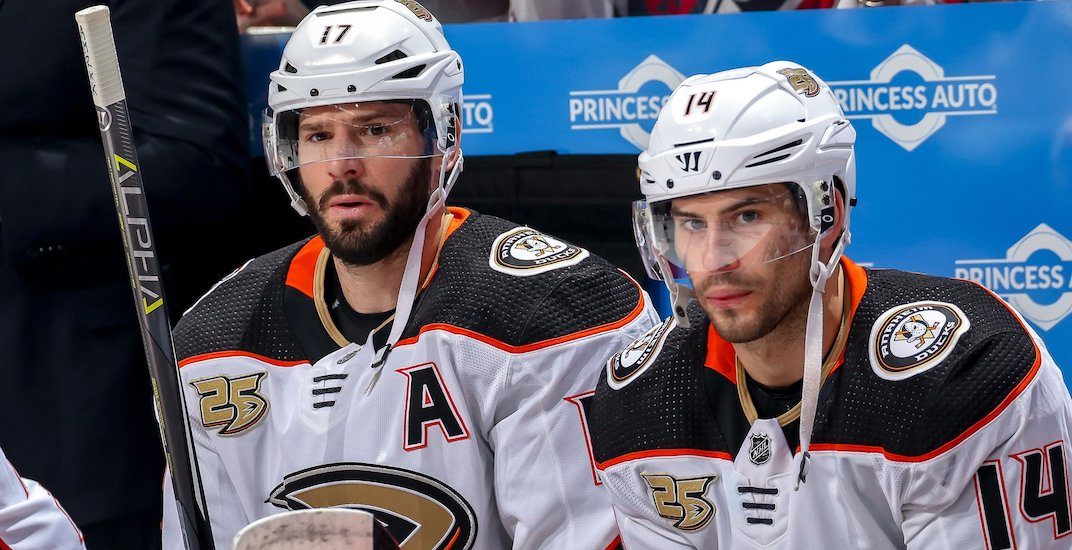 On a 12-game losing streak, the Anaheim Ducks are sinking fast in the Western Conference standings. Once a perennial Stanley Cup contender, they’re now tied with the Vancouver Canucks with 47 points on the season, and trending in the wrong direction.

With Ryan Getzlaf and Corey Perry getting up in age (they each turn 34 years old this year), it’s becoming clear the team will need to rebuild in some way, despite the fact the team has made the playoffs in each of the last six seasons.

Also on the downside of his career is Ryan Kesler, who is 34 and showing his age. There’s a lot of miles on the former Canuck’s body, evident by the fearless way he played and his mild production this year. The former Selke Trophy winner missed a significant portion of last season recovering from offseason hip surgery and has just four goals and six points in 44 games in 2018-19.

Chances are when the Ducks are ready to contend again, Kesler will be retired. But not only does he not want to be traded, he sounds pretty committed to a rebuild.

That’s where the eye-rolling comes in.

“I don’t want to go anywhere,” Kesler told The Athletic’s Craig Custance. “I love my teammates. I have a family, you take that into account. If we are going into a rebuild, I’m going to do my best to teach the kids how to be a pro and how to win.”

On the surface, that’s admirable of the 15-year NHL veteran. But for Canucks fans? Well, they have to be wondering where this kind of loyalty was in 2014.

Sources say Ryan Kesler requested a trade some time ago & wants out of Vcr. Told #Canucks don't want to trade him but may not have a choice.

When the Canucks began to sink, Kesler was the first to jump ship. Armed with a no-trade clause, he strong-armed the Canucks by giving management only one realistic trading partner.

The result was an underwhelming package, which included Nick Bonino, Luca Sbisa, and a late first-round pick from Anaheim in return.

Kesler has had some productive years with the Ducks, helping them to two Conference Finals appearances, though they have never been able to win the ultimate prize with him.

Unless Kesler is able to rejuvenate his career, his contract will be among the worst in the NHL. Anaheim is on the hook for three more years beyond this season, with Kesler’s contract carrying a $6.875 million cap hit.