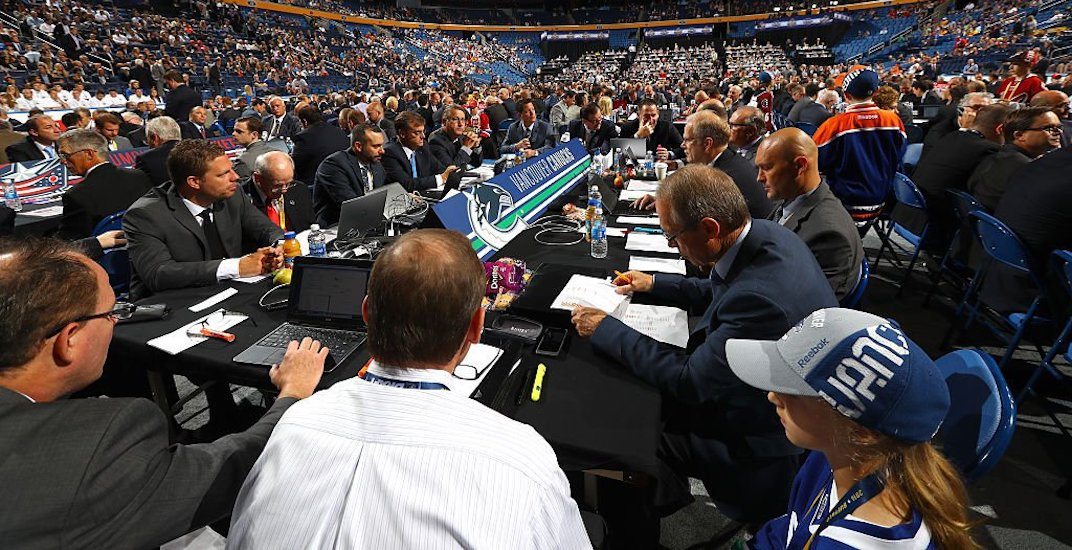 Tickets will be in short supply for the 2019 NHL Draft in Vancouver.

The Canucks released information about the league event they’re hosting at Rogers Arena next month, with tickets going on sale next week.

Tickets go on sale to the general public Thursday, May 23 at 10 am PT, but the Canucks warn that there may not be many available.

“Ticket availability for the NHL-led event is extremely limited,” the Canucks announced on their website.

Because lower bowl seating is primarily reserved for draft-eligible players and their families, plus media-related needs, ticket inventory will be much lower than a typical NHL game at Rogers Arena.

Season ticket members plus half- and quarter-season pack holders get first crack, making the pool of available tickets even lower for the general public.

This is just the third time that the Canucks will host the draft, with previous events taking place in Vancouver in 1990 and 2006. The Canucks currently hold nine picks, including the 10th overall selection.

Tickets to the 2019 NHL Draft at Rogers Arena in Vancouver go on sale to the general public Thursday, May 23 at 10 am PT on Ticketmaster.