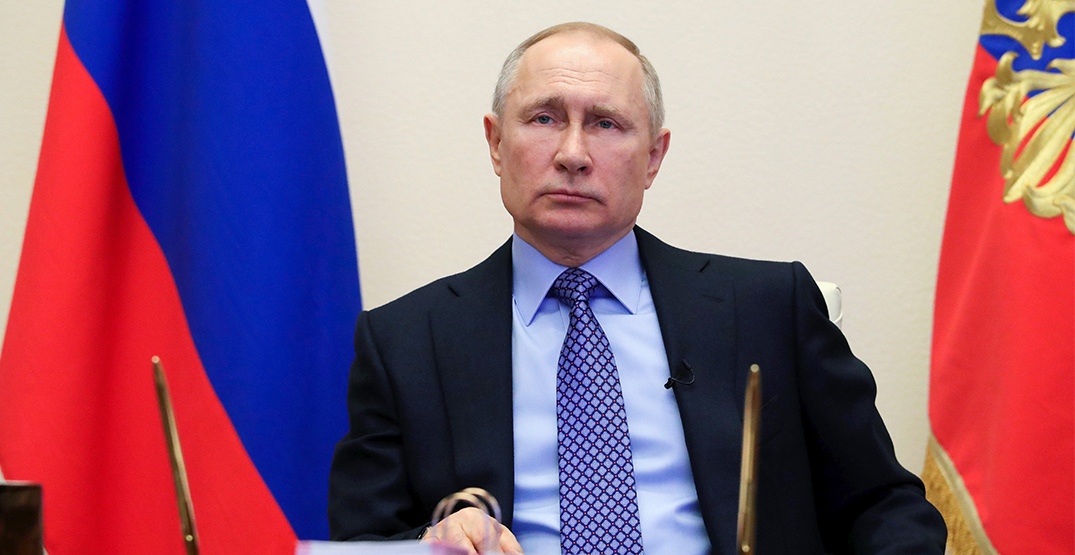 Russia has included Canada on its “unfriendly countries” list for imposing sanctions in response to its invasion of Ukraine.

The list was posted on the Russian government’s website and reported by state media on Monday. It includes other nations like the US, UK, Australia, Japan, Ukraine, Korea and member states of the European Union.

“The government has approved a list of foreign states and territories that commit unfriendly actions against Russia, Russian companies and citizens,” stated the Russian government in a news release.

Any corporate dealings with countries on this list must be approved by a government commission.

The President held a meeting with permanent members of the Security Council https://t.co/eiEUOcKheR pic.twitter.com/KadEz2gGUO

It follows a presidential decree by Vladimir Putin on March 5 that allows the Russian government, companies and citizens to temporarily pay off any foreign currency debt to international creditors from the list of “unfriendly countries” in rubles.

Canada has slapped numerous sanctions on Russia since it launched a full-scale attack on Ukraine at the end of February.

The federal government has imposed economic sanctions on Russian elites, including Putin and his cabinet, and has announced a ban on all imports of crude oil from Russia.

The international community isn’t letting up either. On Tuesday, US President Joe Biden announced a ban on all Russian oil and gas imports into United States.