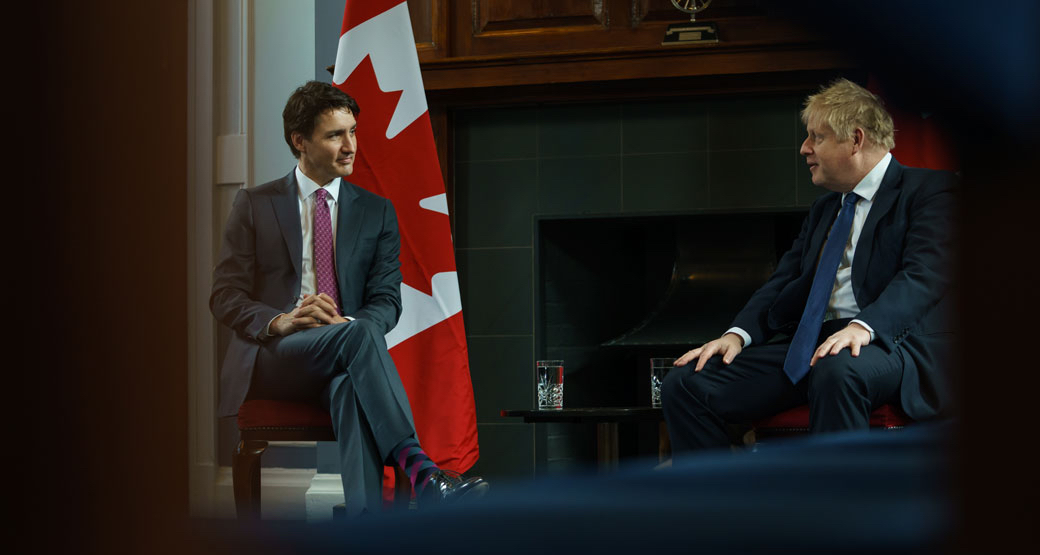 While Canadian Prime Minister Justin Trudeau was in the UK at Boris Johnson’s office at 10 Downing Street in London, there was a crowd causing a commotion – and it wasn’t interested in an autograph.

Trudeau is in Europe this week and posted an Instagram story following his talk with UK Prime Minister Boris Johnson. 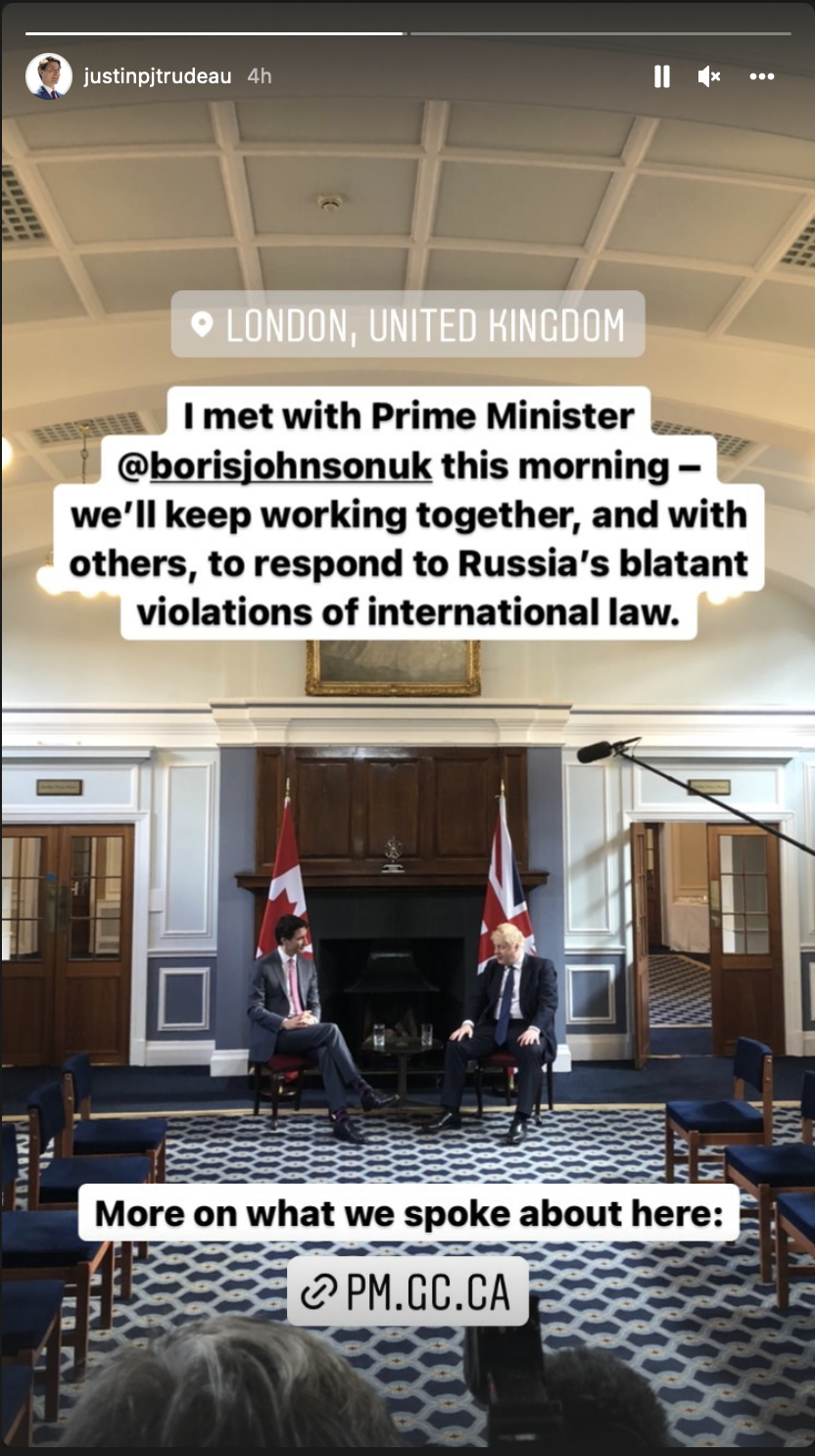 The pair initially met at the Royal Air Force Base in Northolt, United Kingdom, and talked about Russia and Ukraine.

An official summary of their talks explains that the “two leaders decided to deepen bilateral collaboration with respect to security and intelligence in order to better combat threats to democracy, including foreign interference, economic coercion, disinformation, and cyber-attacks,” among other topics.

According to Trudeau’s official itinerary, he was set to hold a joint press conference with Boris Johnson and Prime Minister of the Netherlands Mark Rutte in the afternoon on Monday, March 7 following a trilateral meeting with the leaders at 10 Downing Street.

A viral video posted to social media captures what it reportedly looked like outside the office. People can be heard in the crowd shouting “(expletive) Trudeau!” while state leaders were convening.

Talks continued despite the demonstrators outside 10 Downing Street.

“We stand together with the people of Ukraine in the face of the aggression that they are suffering at the hands of Vladimir Putin’s war machine,” said UK Prime Minister Boris Johnson.

Now, Justin Trudeau is headed for Riga, Latvia, next and perhaps he will receive a more polite welcome there than he did in the UK.