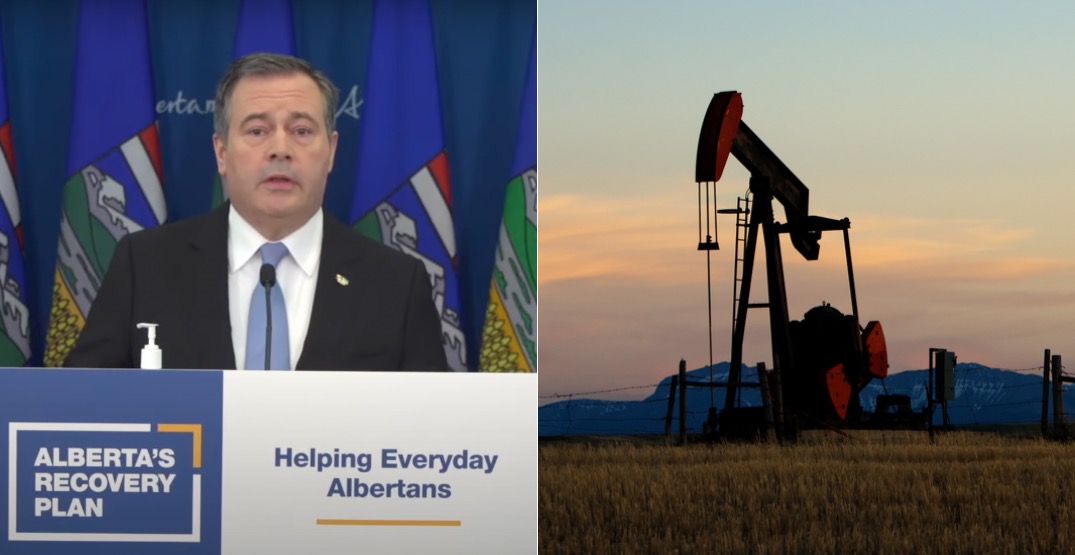 Politicians in Alberta are touting their oil industry as being the solution to the US needing more oil as it contemplates banning Russian oil.

On Sunday, US Secretary of State Antony Blinken said that the United States and its European allies were in “very active discussions” about banning the import of Russian oil because of President Vladimir Putin’s war in Ukraine.

“What Alberta has always said is true, that the world needs more responsibly produced oil,” Alberta Premier Jason Kenney said at a news conference Monday afternoon, adding that he will be speaking with energy leaders and US political leaders over the coming days.

“I will be speaking to global energy leaders and US political leaders in the days to come about whatever we can do to build additional infrastructure. If the United States is serious about this, they can come back to the table about reviving Keystone XL,” Kenney added.

Gas prices across Canada and the United States have skyrocketed over the past couple of weeks due to the Russian invasion of Ukraine, with prices hitting heights never before seen in parts of Canada.

In the United States, average gas prices on Monday also hit an all-time high of $4.104 per gallon, surpassing the previous record of $4.103 per gallon set in 2008, according to Gas Buddy.

Alberta’s minister of energy, Sonya Savage, also stated over the weekend that “Alberta is the answer to US energy security,” responding to a tweet from Elon Musk that said, “We need to increase oil & gas output immediately.”

Agreed. And it should come from Alberta, home of the 3rd largest oil reserves.

Alberta is the answer to US Energy security. Real emissions reductions, reliable, right next door. https://t.co/Vr1SZZXlum

US now looking to replace Russian barrels with Venezuelan? You can’t make this stuff up – desperate times require desperate measures.

A reminder of the folly of energy policy over the past decade. Canada, with the 3rd largest reserves, could have supplied the US and the world. https://t.co/5hRsAgDzBm

“If the US was really serious about getting off its addictions to dictator oil, they would sit down with us,” Kenney added on Monday.

“If the United States is so desperate to not use Russian conflict oil, we are the solution. Instead of begging the Saudis for more conflict oil, come to Calgary,” Kenney said speaking about US President Joe Biden.

According to the US Energy Information Administration, the United States is the top oil producing nation in the world, followed by Saudi Arabia, Russia, Canada and China.