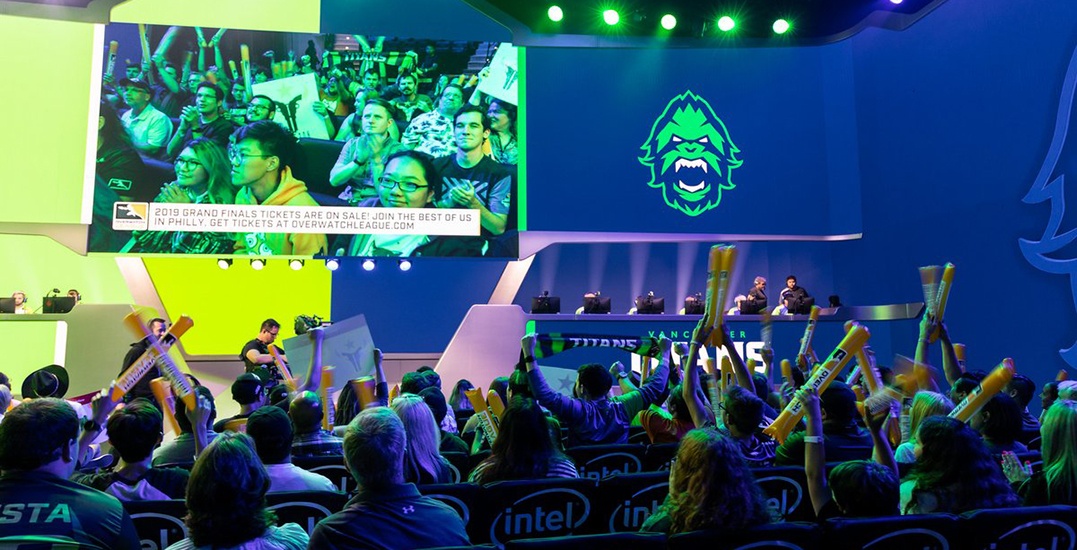 The Overwatch League (OWL) has announced that teams will move to a home and away format in the 2020 season. This means that the Vancouver Titans will be coming home to Rogers Arena – for a few weekends, at least.

The 2020 regular season will run from February to August. Similar to 2019, each team will play 28 matches.

The OWL explains that each team will host at least two weekends of competition, each weekend dubbed as a “homestand weekend.”

A homestand weekend is a two-day event that takes place in a team’s respective city, involving several other teams.

All 20 teams will be hosting two homestand weekends and over the course of a weekend, each team will play no more than two individual matches.

Although new to Rogers Arena and the Titans, the OWL has already begun testing the two-day events in three different cities.

“These homestand series will look and operate similar to the Dallas and Atlanta homestands that took place earlier this season and the upcoming LA Valiant event in August,” said Tim Holloway, Director of Esports at Aquilini Entertainment. “The starting point is a two-day festival, involving eight teams and day-long, community events.”

Upon being asked what ticket models, pricing, and seating might look like, he says that the Aquilini Group is still discussing the best plan of action.

“We’re going to launch this the right way and scale it to ensure that it gives the best experience for sports fans,” he said. “We’ve learned a lot of lessons from when we hosted the International Dota 2 Championships, as well as lessons from Dallas and Atlanta.

The International, revolving around the online multiplayer game Dota 2, was a six-day tournament that took over Rogers Arena in August of 2018.

The event is one of the largest and most prestigious esports tournaments in the world and boasted a prize pool approximately $25 million USD during last year’s tournament.

Previous Homestand Weekends in the OWL

The Dallas Fuel’s Homestand Weekend, which was hosted at the Allen Event Centre in Allen, Texas, also saw successful results.

According to Alfred De Vera, Media Relations with the Vancouver Canucks and Vancouver Titans, the Fuel’s event saw tickets sell out the 8,100-seat stadium.

The Valiant’s event, which takes place in August, is being hosted at The Novo, an indoor club in downtown Los Angeles with a capacity of 2,400.

Travel time for the Vancouver Titans

The introduction of Homestand Weekends also means that OWL teams, including the Vancouver Titans, will be travelling for their away games.

This brings the OWL even closer to a traditional professional sports league, forcing athletes to play in different time zones. This also means that players will be dealing with long flights and jetlag — something that traditional athletes deal with on a regular basis.

“It’s just as difficult,” said Holloway. “There’s travel to different countries. There are global franchises, time differences, and it’s a great test for the players.”

The 2020 season would see games played in 19 cities around the world, including cities in Canada, the United States, China, South Korea, France, and the United Kingdom.

Say what you will about esports, but that’s a lot of travelling for a 28-game season.

Holloway also notes that when the Titans aren’t in town, fans can expect traditional watch parties to continue.

“The response has been fantastic and I think the Pacific Northwest has a great esports community,” he comments. “We have the most passionate and supportive fans out there.”

More details regarding the Vancouver Titans, Weekend Homestands at Rogers Arena, and the 2020 OWL season are expected to come over the next few months.