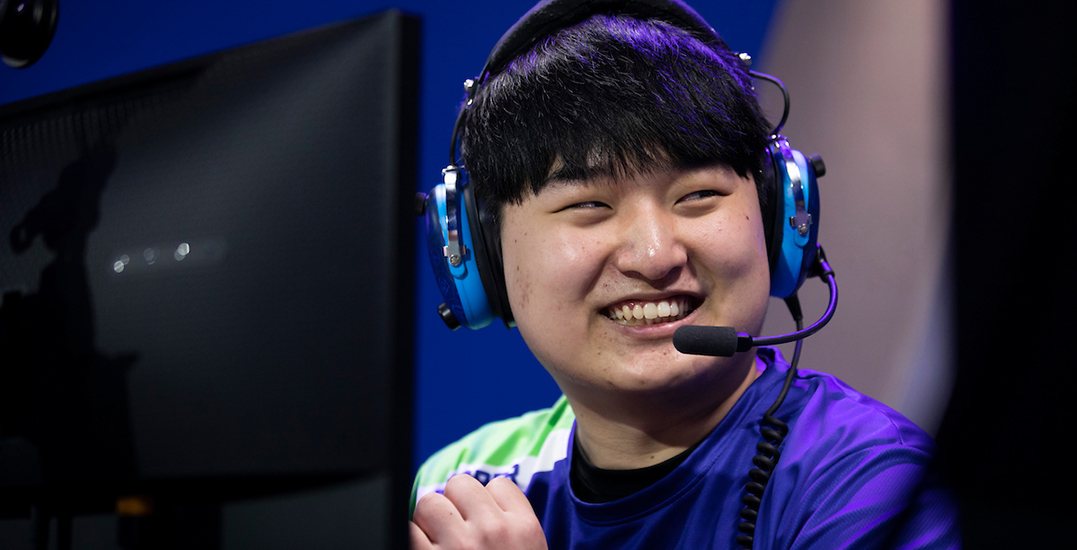 The Stage 2 Playoffs may be over, but a handful of the Vancouver Titans will be busy with the Overwatch League (OWL)’s All-Star Festivities, taking place on Wednesday, May 15 and Thursday, May 16 in Los Angeles.

More than 80,000 fans placed their votes and five members of the Vancouver Titans were selected for the Pacific Division All-Star Team from more than 200 professional players.

They’ll be joining the best players in the OWL in arcade-style game modes, 1v1s, and the main event — a first-to-four All-Star match taking place on May 16. 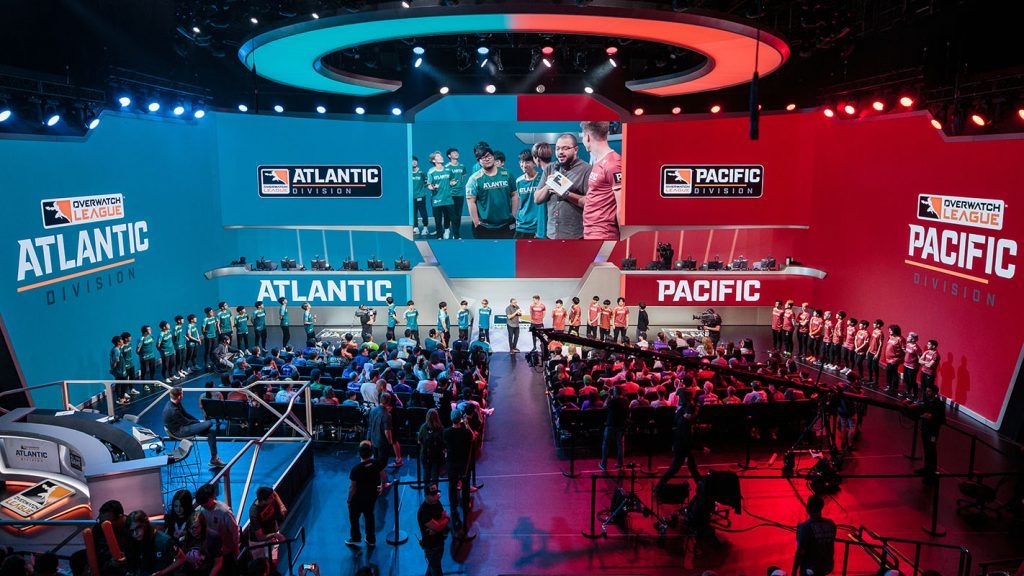 Before the festivities began, Daily Hive had the chance to sit down with Sang-Beom Park, better known as “Bumper,” to take a look at his life with the dominant Titans.

Bumper was born on August 5, 1999, in Seoul, Korea. He entered the world of video games as a child when his father taught him how to play.

“My first game was Kart Rider, a Korean car racing game,” he explained, through a translator.

He’s since come a long way from playing games with his dad. Bumper was 16 years old and a junior in high school, when he set his sights on becoming a professional gamer.

After joining the Korean-based team RunAway in 2016, the rest, you could say, was history.

Bumper and the RunAways, who make up most of the Vancouver Titans, moved to Los Angeles earlier this year for their inaugural season. 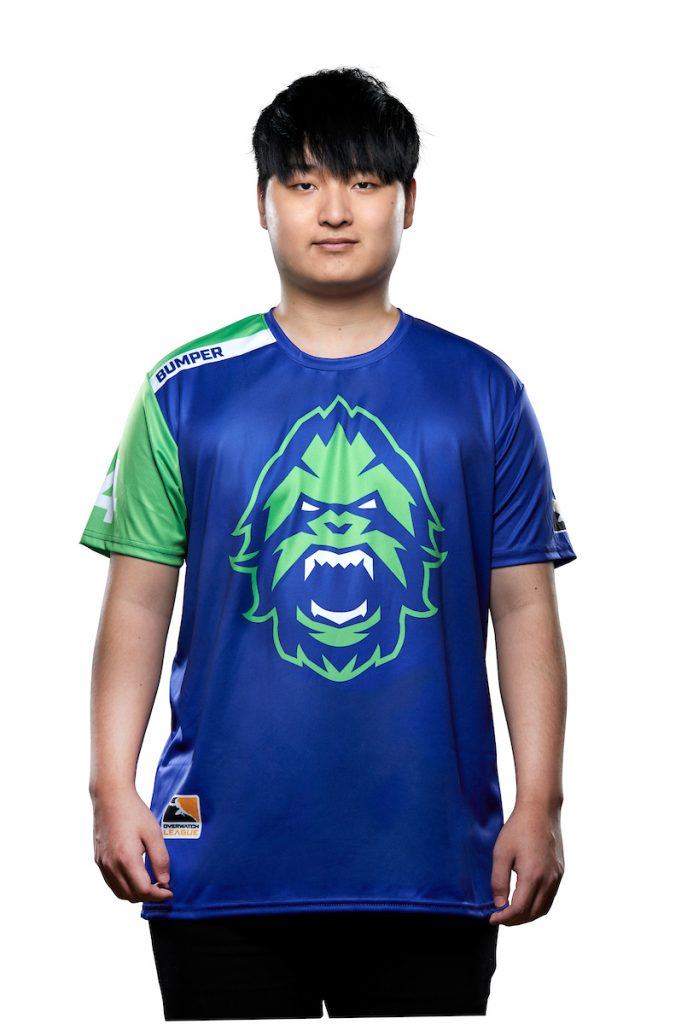 Bumper, of the Vancouver Titans in the team’s blue and green jersey.

For many of them, it’s their first time in North America. The challenge to perform in Overwatch’s top league is paired with the challenge to adjust to life outside of Korea.

On an average day, he’ll spend anywhere between 10 to 11 hours playing video games.

“I’ll play some games other games to relax, but I’ll always go back and play Overwatch,” he laughs. “Usually, during my off time, I’ll play DOTA 2 or Hearthstone.”

Upon being asked about living in Los Angeles, Bumper notes that it’s a great city for shopping. At the time of the interview, his translator also pointed out that he was sporting a Balenciaga track jacket.

Once the All-Star festivities pass and Stage 3 season play begins, the Titans will be hard at work once more, working to avenge their defeat in the Stage 2 playoff finals.

The Vancouver Titans fell to the San Francisco Shock, the team they defeated in the finals of the Stage 1 Playoffs.

The Titans were on the heels of a historic hot streak, in which they had won 19 straight OWL games and hadn’t lost a competitive Overwatch match in nearly a year. 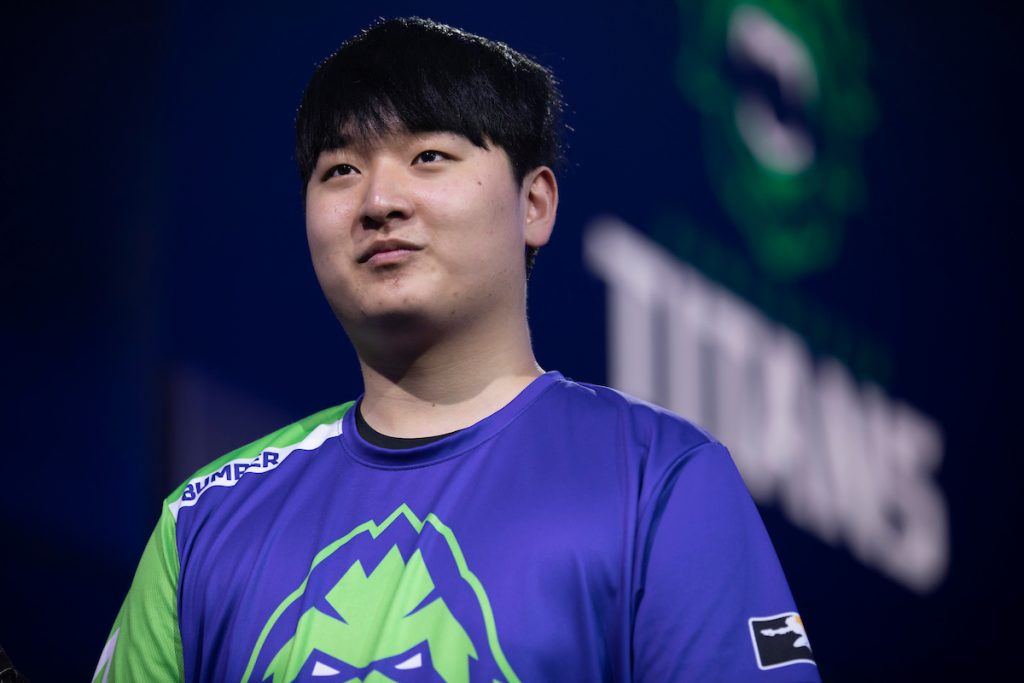 “Because we lost in the Season 2 playoffs, we have a strong conviction,” says Bumper. “We’re determined and we’re trying hard.”

“We’re ready to work harder and win the rest of the season.”

All-Stars is almost upon us… Here’s the full schedule of events!.

What are you most excited for? #OWL2019 pic.twitter.com/11EYWGORtI