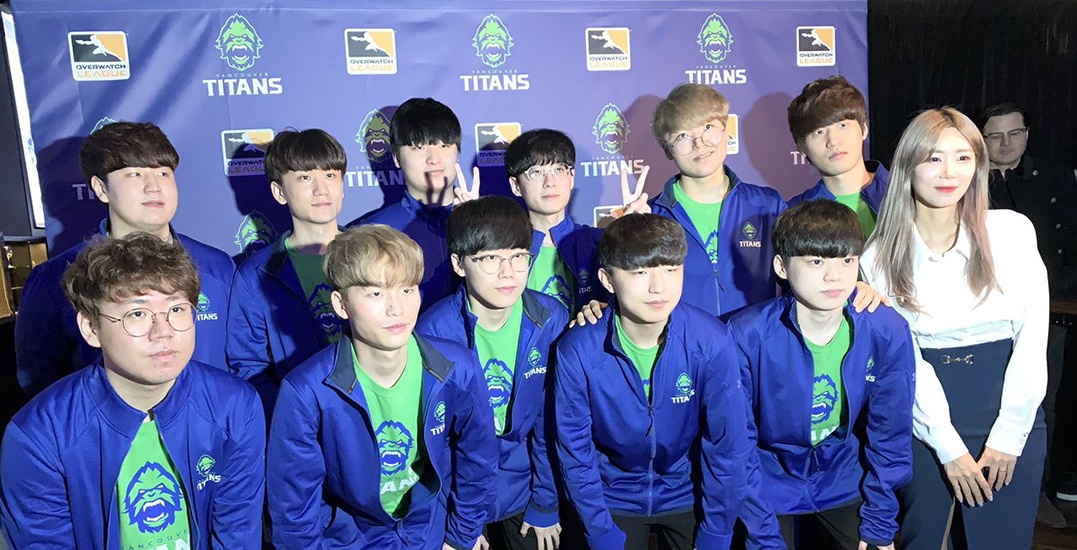 The Vancouver Titans are a new expansion team in the Overwatch League (OWL), a professional esports league centred around the Overwatch video game.

Esports are big business, with players earning a minimum of $50,000 USD a year, while many make more six-figure salaries. The entirety of Vancouver’s team comes from Korea, with players’ ages ranging from 18 to 22 years old.

Overwatch is a fast-paced, first-person shooter that was released in 2016 for Playstation 4, Xbox One, and PC. Created by video game developers Blizzard Entertainment, the game features teams of six competing against each other with a variety of unique characters and on a number of different maps.

And THAT’S what happens when you let @carpe_ow run wild on the point.

The game has since exploded in popularity, and in 2017, OWL was born.

2. The league they’ll play in

Unlike other professional esports leagues that follow a promotion and relegation system, the OWL opted for permanent, city-based teams, in an effort to follow the model of other traditional sports leagues.

Teams are allowed to have a maximum of 12 players, who can be acquired through professional tryouts, free agency, and trades between clubs. An “Overwatch Contenders League,” a minor league, in essence, also exists so that teams can constantly scout for new players.

The OWL includes 20 teams divided into two divisions, the Atlantic and Pacific, represented by franchises on three different continents. Eight of those teams, including the Vancouver Titans, are expansion teams that will be joining the league for their second official season.

The Titans are one of two Canadian teams and will join the Pacific Division. The Toronto Defiant, their eastern counterpart, belong to the Atlantic Division.

The #OWL2019 season is just around the corner!

Find out when we return, the season structure, & more.

Each team will play 28 matches over the course of the season, divided into four, five-week stages. Players will participate in as many as two matches per week, allowing them breaks and a chance to visit home, if necessary.

An all-star weekend, as well as a break, takes place between the second and third stage, with an eight-team playoff following the end of the regular season. The highest placed teams in the division will be seeded into the #1 and #2 slot; the remaining slots are filled by the next six highest placed teams, regardless of division.

The Vancouver Titans will wear vibrant tones of blue, green, and white, a vibrant take on the Vancouver Canucks’ palette. Their logo features a Sasquatch and much of their pre-season teasers embody Vancouver’s outdoor scenery, as well as elements of the Pacific Northwest.

Although they’ll begin by playing their matches at the Activision Studio in Burbank, California, the plan is to begin playing at Rogers Arena in 2020. Should all go through as planned, the Titans would share that space with the Vancouver Warriors, and of course, the Vancouver Canucks.

Matches can also be viewed online, typically via the OWL website, Twitch, as well as Major League Gaming (MLG).

The Titans are also several steps ahead of the other seven expansion teams, in that they’ve already announced a team roster. Their players are former members of Korean based RunAway, one of the most popular Overwatch teams in the world.

As it stands, the following nine players are confirmed members of the Vancouver Titans (ages listed in parentheses):

There’s been no mention of their contracts yet, although players in the OWL are all paid annual salaries. Players also receive benefits such as healthcare, retirement savings plans, and housing throughout the season.