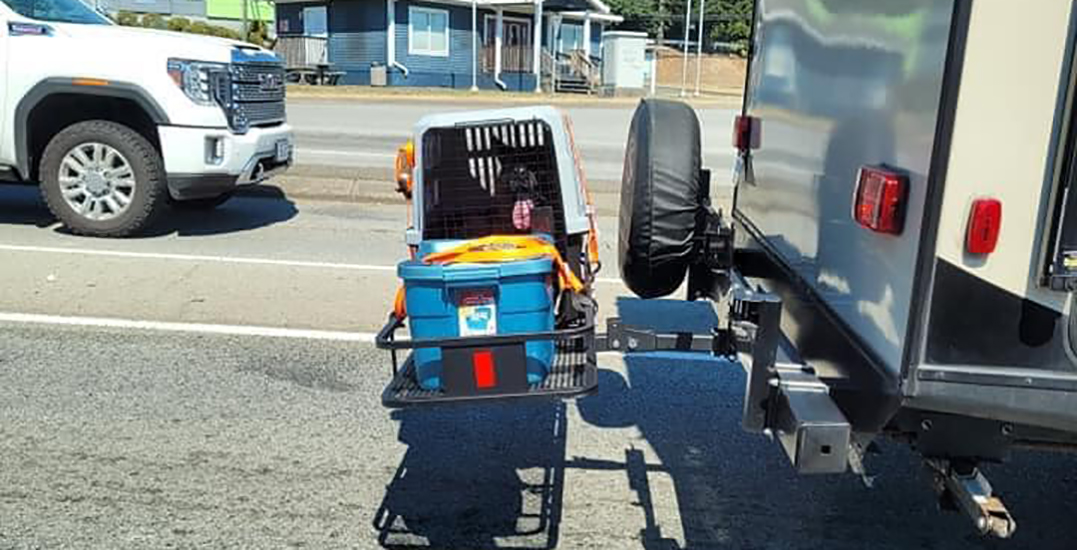 Update: RCMP says that the dog involved in the photos has been located in Oliver, BC and is “doing well.”

Police are currently working with SPCA enforcement officers to “determine the most applicable charge or charges,” as well as “next steps to ensure the dog’s continued safety.”

Police and the BC SPCA are investigating after troubling photos of a dog in a crate secured to the back of an RV circulated on social media this week.

The photos were shared on Sunday in the midst of British Columbia’s dangerous heat wave, which saw 54 areas record their hottest ever temperatures on Saturday.

A black dog in a crate can be seen secured to a rack that’s attached to the back of a travel trailer. 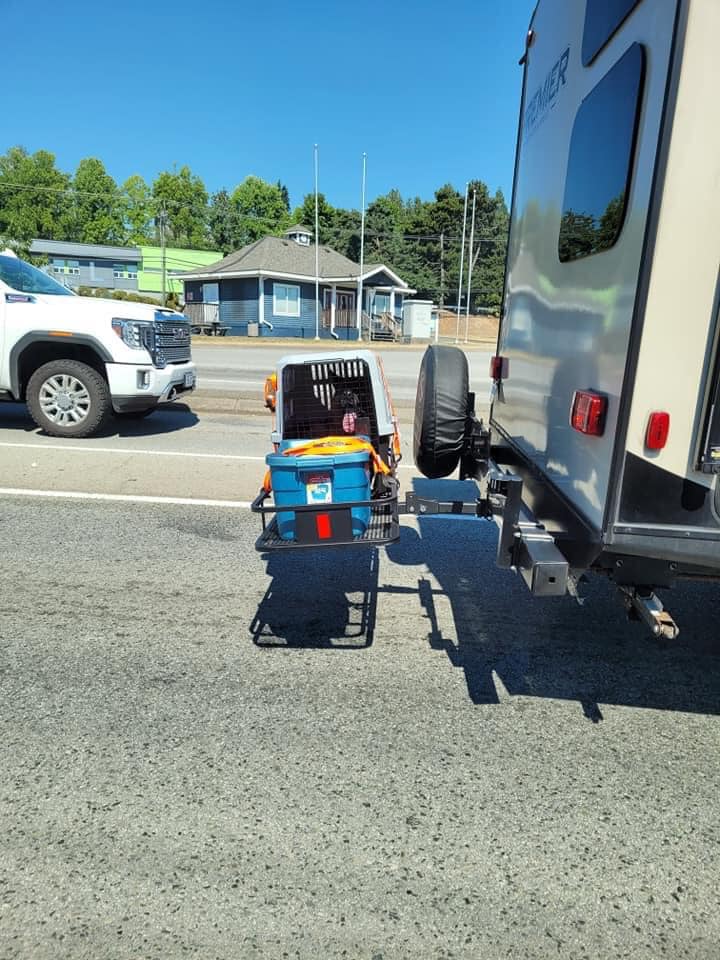 BC SPCA Senior Protection Officer Eileen Drever says that she was “absolutely shocked” at the image and says they’ve received “a number of calls” regarding the incident.

“The concerns are the record-breaking temperatures yesterday,” she tells Daily Hive in an interview. “The heat that this dog would have to endure… as well as the psychological distress because dogs’ senses are so much more acute than ours.”

The individual who notified police did not see a dog inside a crate, however, so it’s unclear whether it was the same vehicle from the initial photos.

Bayda adds that they were able to get the vehicle’s licence plate and say that the RV is from a Maple Ridge company in the Lower Mainland. RCMP says they’re following up with the business there.

BC’s “dangerous” heat wave began on Friday and is expected to continue through Tuesday. Some cities are expected to see temperatures near 50°C and there’s the potential for even more weather records to be broken before the heat dome fades.