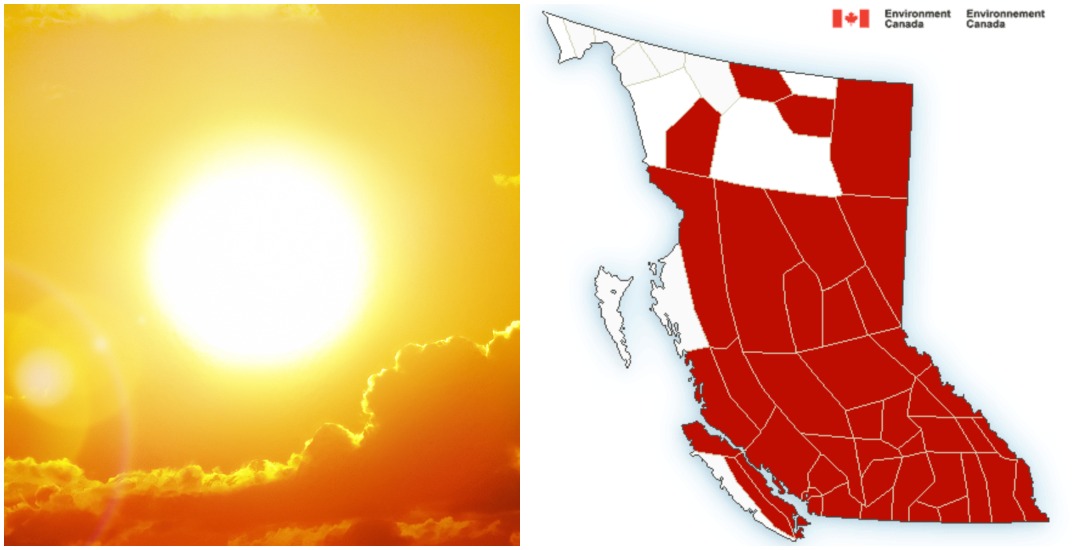 Almost all of British Columbia is under a weather warning as a dangerous “heat dome” sends temperatures to never-seen-before highs across the province.

Environment Canada has issued heat warnings for 45 regions in BC, including the entire South Coast and most of Vancouver Island.

Lytton, BC, broke Canada’s record for the highest temperature on Sunday, surging to a sweltering 45.5°C. Forecasters predict the worst is yet to come.

According to Environment Canada’s forecast, Vancouver will see a high of 38°C on Monday, which could feel like 50°C with the humidity. 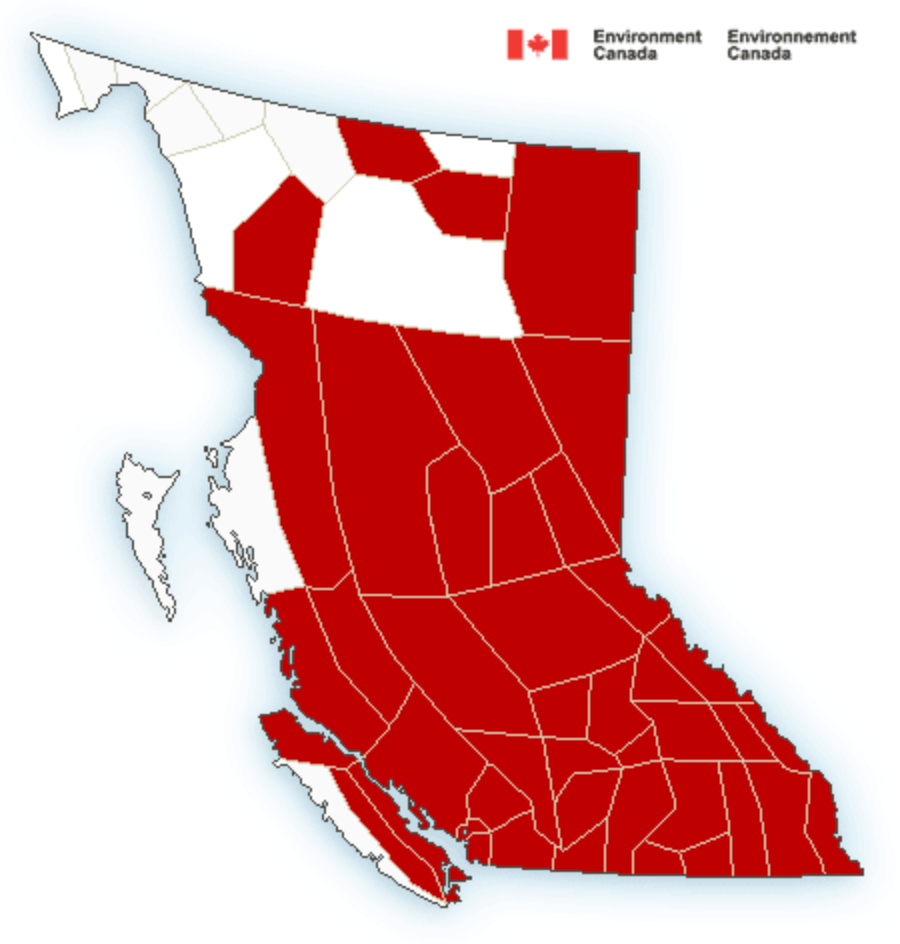 An air quality advisory is also in effect for Metro Vancouver and the Fraser Valley.

Schools throughout the region have closed because of “extreme heat,” with districts asking parents to keep children home because many BC schools do not have sufficient air conditioning.

Environment Canada says this week’s record-breaking temperatures can be attributed to an “exceptionally strong ridge” of high pressure over the province.