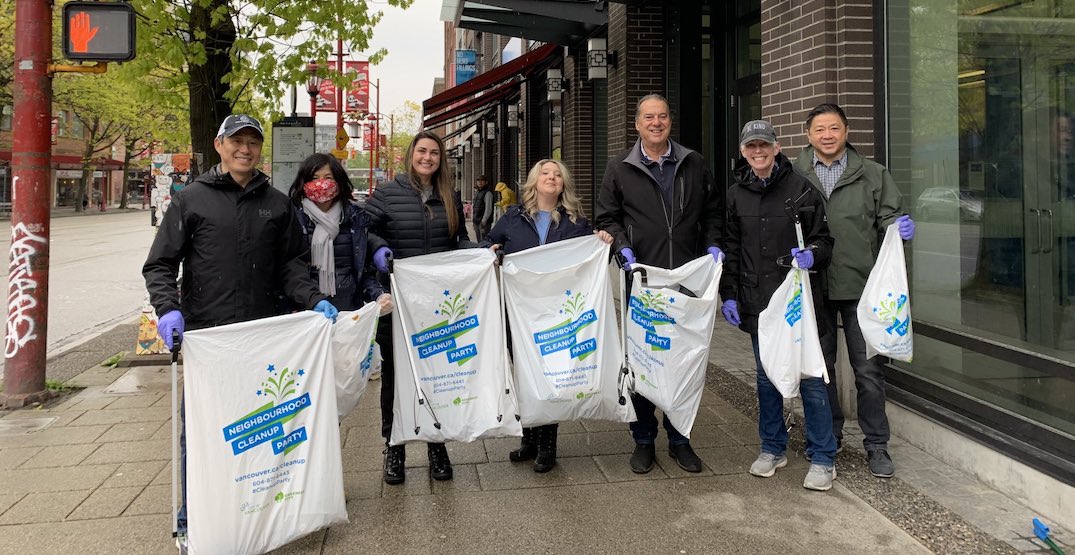 Non-Partisan Association members and candidates participating in a Chinatown cleanup event in May 2022. (NPA)

The Non-Partisan Association (NPA) party announced its slate of candidates Tuesday evening, ahead of Vancouver’s municipal election scheduled for this fall.

In a release, John Coupar, the NPA’s mayoral candidate and a current commissioner of the Vancouver Park Board, suggests the party’s upcoming platform will be tough with tackling the escalation in crime, public disorder, and public safety issues in the city.

“It has become unaffordable for too many young people and new arrivals. Homelessness is worse than ever, and so is crime. The city is dirty and doesn’t work for our residents. And meantime, the Mayor and his allies on Council seem clueless about what to do on any of these issues,” states Coupar.

“The time is now for a new NPA Council that puts competence and genuine progress on affordability and crime ahead of virtue signalling and catering to special interests.”

This approach is also indicated by the NPA’s selection of three candidates for Vancouver City Council with backgrounds in law enforcement, criminology, and public safety.

Cinnamon Bhayani is a former intelligence officer with the Canada Border Services Agency with over 25 years of federal public service experience. According to the NPA’s biography for Bhayani, she has intercepted multi-kilo drug shipments and interviewed known drug smugglers and suspected terrorists, and spent the last seven years with the Financial Transactions and Reports Analysis Centre (FINTRAC), which specializes in anti-money laundering and anti-terrorism legislation.

The NPA has also named Mauro Francis and Arezo Zarrabian to pursue city councillor seats. Francis is the executive director of the volunteer-based South Vancouver Community Policing Centre, while Zarrabian studied criminology at Simon Fraser University, worked for the United States congressional committee on Homeland Security in Washington, DC, and is currently a crime analyst for the Vancouver Police Department.

In total, the NPA will have six individuals on the ballot to fill city councillor seats.

Melissa De Genova, who is currently serving her second term as a city councillor and was previously elected as a park board commissioner, will be running for city council again.

The NPA will also field four candidates to fill park board commissioner seats, including personal trainer Tricia Barker, who is looking to secure a second term.

The party is expected to release their candidates for the school board later.