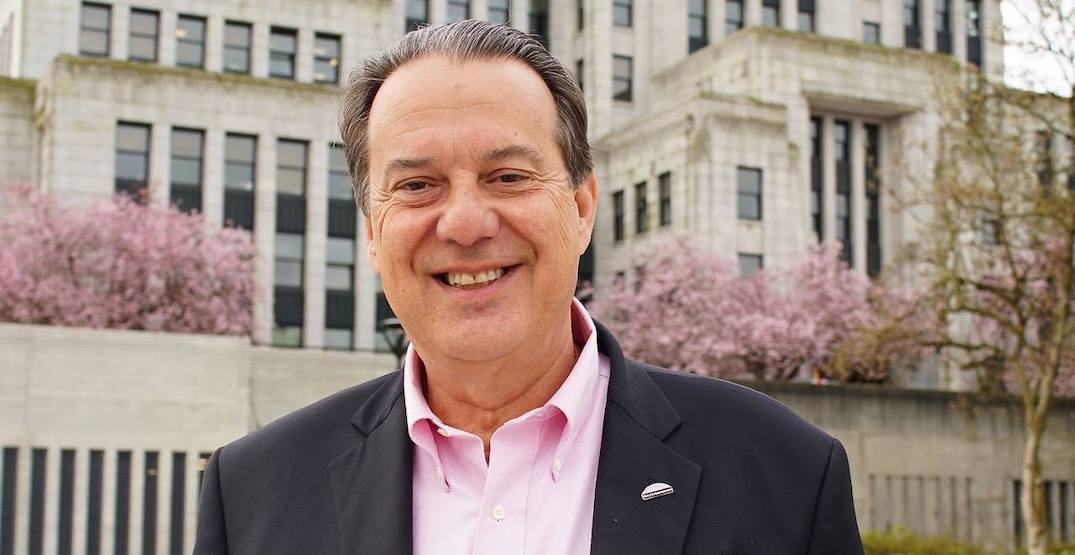 The Non-Partisan Association (NPA) has announced John Coupar as their mayoral candidate 18 months in advance of the 2022 Vancouver municipal election.

The party says it is “clear that the ineffectual, ideological leadership of Vancouver’s current mayor has resulted in tax increases, a worsening homelessness, crisis, and the mayor himself complaining that the city is nearly bankrupt.”

Coupar is currently in his third term as Vancouver Park Board commissioner, after first being elected to the board in 2011. He is credited for helping save the Bloedel Conservatory at Queen Elizabeth Park from permanent closure a decade ago.

During his current term in the Park Board, he has been critical of the impact of the Stanley Park bike lanes on businesses and broader accessibility needs, and opposed the Park Board majority’s approach on homelessness, specifically the prolonged encampment at Strathcona Park.

“We can turn this around. I know how to do this. I want everybody to be optimistic about our future again,” said Coupar in a statement.

Unlike the 2018 nomination process, the decision to name Coupar as the party’s candidate was made in a closed-door process.

An open process concluding in June 2018 led to the selection of Ken Sim as the NPA’s mayoral nominee for the 2018 civic election.

Last year, Sim announced his intention to run for mayor again, but not under the NPA banner. Sim lost the mayoral battle to Kennedy Stewart narrowly, just 958 ballots behind.

It is also known that NPA city councillor Colleen Hardwick had ambitions to be the party’s nominee in the next race.

Coupar has a business background, and up until recently he served as president of Novex Delivery Solutions, a Richmond-based same-day express courier and expedited freight company that deems itself with carbon neutral with the use of greener, low-emission vehicles.

The next civic election will be held in October 2022.