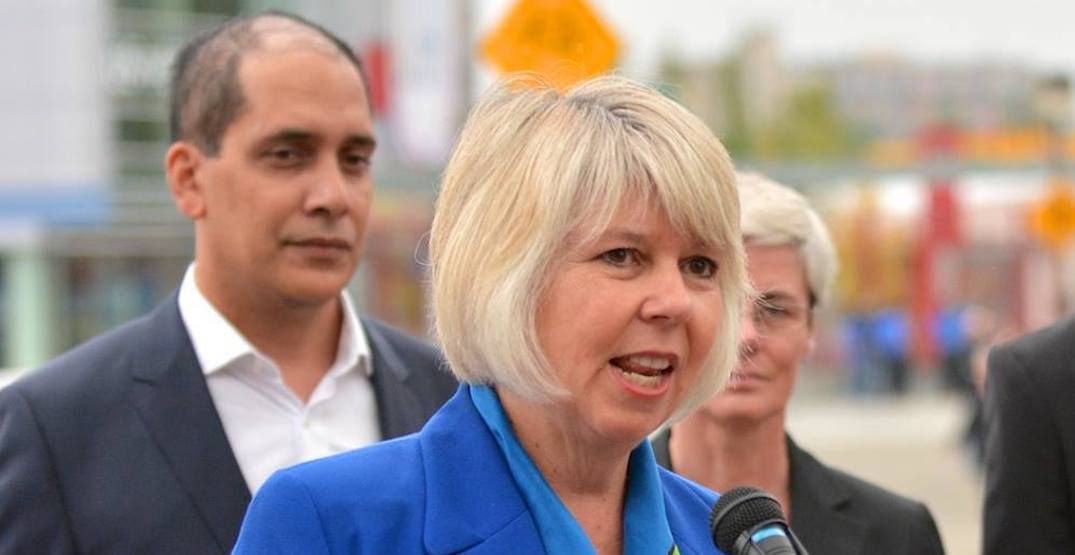 While it was assumed that Adriane Carr would run again in the October 2022 civic election, there was much speculation over whether she would make a mayoral pitch.

But over the weekend, the Green Party of Vancouver put an end to that speculation by announcing that it will field five candidates to fill Vancouver city councillor seats.

“I am so excited by our fabulous slate of Green Council candidates,” said Carr in a statement. “Including climate scientist Dr. Devyani Singh who has worked on climate plans for other cities and Stephanie Smith, who has worked for years in Vancouver’s affordable housing sector, along with my incumbent colleagues, Pete Fry and Michael Wiebe. They have been such a strong, collaborative force on Council.”

If re-elected, Carr would become a four-time city councillor, after first being elected in 2011.

Carr states she wants to continue on work to improve housing affordability, reduce the city’s greenhouse gasses, and “ensure Vancouver’s COVID recovery is both just and green, and genuinely engage the people of Vancouver in creating a vibrant, resilient, and livable city.”

This means Vancouver Mayor Kennedy Stewart will continue to be the sole major candidate representation in the centre-left to left side of the political spectrum, in his bid to be re-elected. The other half of the spectrum is fairly split, with the NPA’s John Coupar, A Better City’s Ken Sim, Progress Vancouver’s Mark Marissen, and TEAM’s Colleen Hardwick overlapping in varying degrees for the same spectrum of voters.

All 11 existing members of City Council will be running again as incumbents.

The Green Party will hold a general meeting to nominate its candidates for the Vancouver Park Board and Vancouver School Board in late May.

Stewart is also scheduled to make an unspecified announcement this week, with the expectation that this will relate to his mayoral campaign and plan to form his own party with its own slate of candidates. He is currently sitting as an independent.