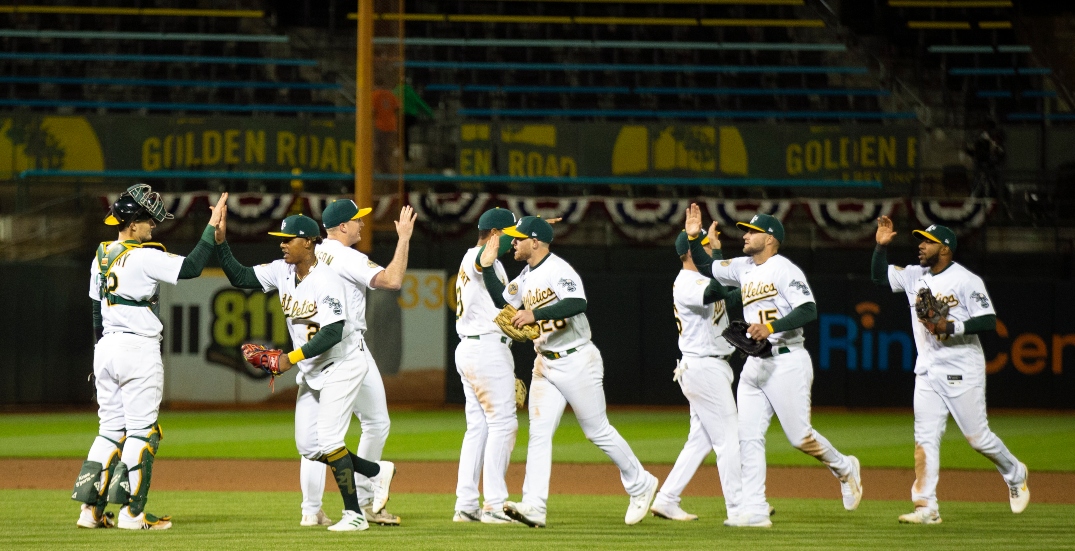 In baseball, you have to be able to adapt. Between the lines, if you’re sitting on a fastball and the pitcher throws you an offspeed pitch, you have to make adjustments.

The same goes for Major League Baseball — it’s time to adapt to some beneficial Canadian adjustments.

The MLB has been dealing with a decline in viewership over the past half-decade and is only just getting back onto the field after dealing with another pesky lockout.

Baseball is still America’s pastime, but Major League Baseball has turned to some radical changes to speed up the game and keep its fans interested. MLB has already incorporated the universal DH and a new PitchCom system for the 2022 season. In 2023, pitch clocks, a ban on defensive shifts, and larger bases will make their Major League debut and controversial robotic umpires might soon follow.

With that said, America’s pastime is making big-time changes. And it should consider establishing a stronger presence in Canada as it moves towards modernization of the game.

The Toronto Blue Jays have been the only Canadian Major League Baseball team since 2005 when the Montreal Expos moved to become the Washington Nationals. The Jays — which currently have the second-highest attendance average in the American League (behind only the New York Yankees) — have high expectations thanks to a young core of talented ballplayers and a committed front office.

At the same time, Montreal toyed with the idea of a sister-city franchise with the financially troubled and fan-thirsty Tampa Bay Rays.

The radical Tampa Bay-Montreal split team idea was an interesting spark to get baseball back in la belle province. But it wouldn’t have worked. Quebec wouldn’t have been able to justify financing a new stadium for half of a team’s home games — it needs its own team.

Over in Oakland, the Athletics have been dealing with sad sights to start the 2022 season (WARNING: empty MLB stadiums might bring back tough memories for Montreal Expos fans). After decades of declining attendance and ownership repeatedly selling off the team’s best assets, A’s fans have stopped showing up to the now-lifeless Oakland Coliseum.

Earlier in April, only 2,703 fans attended an Orioles-A’s game at the gigantic stadium, proving how fed up the fanbase is with Athletics ownership who have all but given up on the team’s future in California.

Ticket, concession, and parking prices have all increased this year while payroll drastically went down. The franchise — subject to the popular film Moneyball — now has the fourth-lowest payroll in all of baseball. It’s obvious that the franchise doesn’t care about winning and won’t spend money to build a winner.

With the Rays already needing a new host city by 2028, how about a double dose of Canadian relocation? Hear me out.

Move the Oakland Athletics to Vancouver and the Tampa Bay Rays to Montreal. Permanently. No sister-city, no hybrid situation, just two new teams in Canada.

Major League Baseball won’t need any type of divisional realignment and you would create instant inner-division rivalries. The potential MLB Vancouver team could stay put in the American League West and would create an instant geographical rivalry against the Seattle Mariners.

Over in the American League East, the Toronto Blue Jays and Montreal “Rays” would pull in big Canadian crowds — just like the Canadiens and Maple Leafs do.

When a possible Montreal MLB team plays the AL East powerhouse Yankees or Red Sox, think of all the young 18- to 20-year-old New Yorkers and Bostonians who could make the short six-hour drive across the border and spend baseball weekends in Montreal, while being able to legally drink and smoke cannabis in Quebec.

Not to mention the overall allure of Montreal during the summertime. Imagine chowing down a few steamy hot dogs and poutine at an afternoon game in St-Henri? 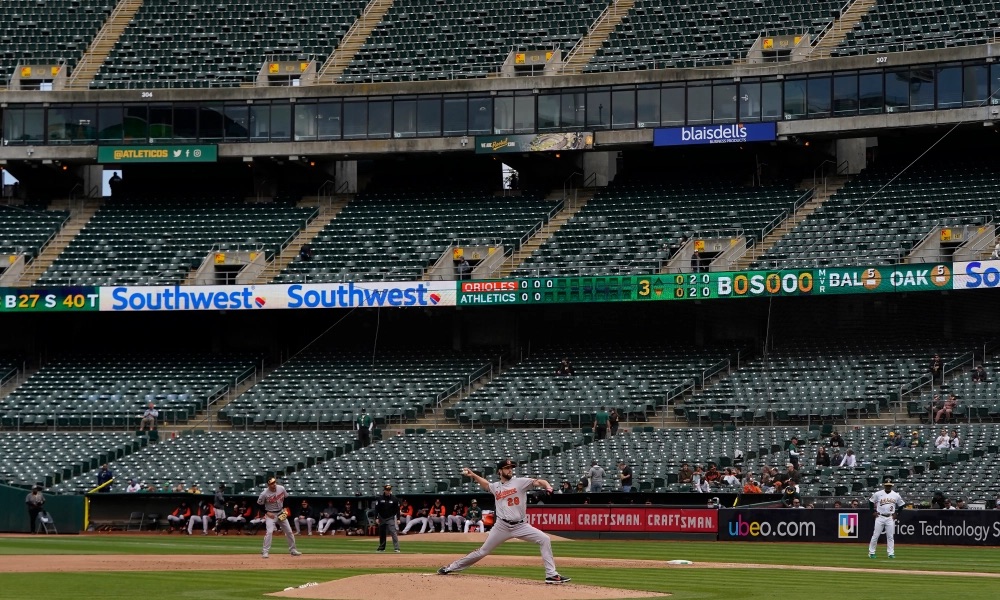 Current Canadians in the show

There is currently an impressive flock of Canadian talent in the Majors.

Montreal-born Vladimir Guerro Jr., one of the game’s youngest stars, has become the face of the Blue Jays franchise and is one of the most electric players in the show. Over in St. Louis, British Columbia’s Tyler O’Neil is a well-regarded youngster with the Cardinals. BC’s James “The Big Maple” Paxton is a starter for the Boston Red Sox, Ontario’s Jordan Romano is the Jays’ closer, and Alberta’s Mike Soroka was a 2015 first-round draft pick for the World Series champion Atlanta Braves. Quebec’s Abraham Toro is playing a sound third base for the Mariners, and the Reds’ (Torontonian) ageless wonder, Joey Votto, remains one of the best contact hitters in baseball.

Imagine the types of applause Vladdy Jr. and Joey Votto would receive across the country, playing big league ball? Imagine how it could ignite a new generation of future canuck MLBers? Imagine how it could give rebirth to youth baseball across Canada? Heck, it could even trigger a Canadian Baseball League renaissance down the line.

In January, after Major League Baseball nixed the Montreal-Tampa sister-city idea, businessman and leader of the Montreal Baseball group, Stephen Bronfman said Montreal is a “major-league city” and stated, “there’s a will, there’s a way.” The son of former Expos owner Charles Bronfman says he’s “hopeful that one day maybe we’ll have baseball back in Montreal. I don’t know which way, in which form. But I know there’s an appetite.”

It’s trickier and much more complicated than simply dreaming about having three Canadian MLB franchises. Vancouver and Montreal would need financing, investors, a proven fanbase, and most importantly, new stadiums.

BC Place and the Big O are not options 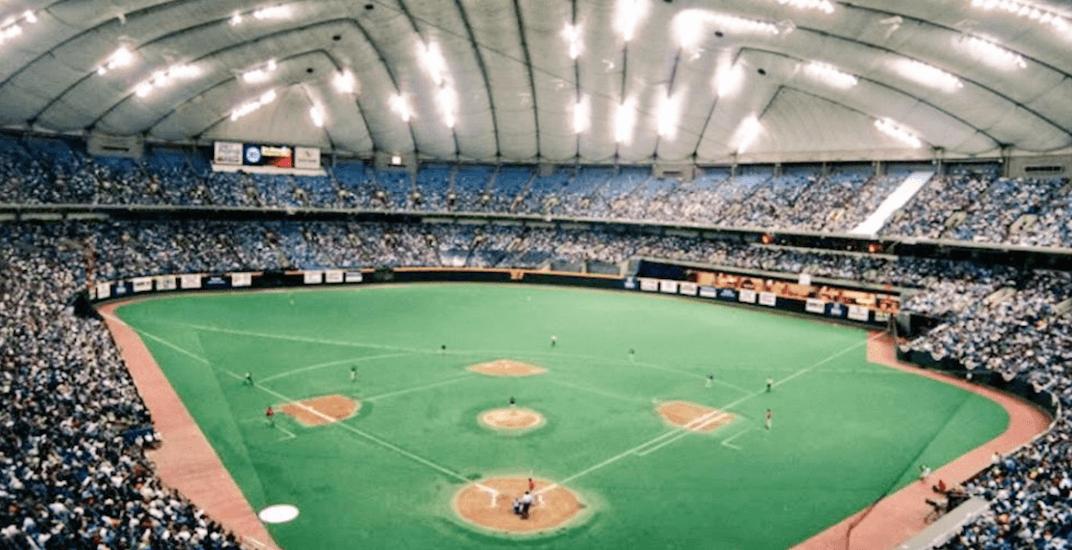 BC Place can host baseball but it’s not a suitable long-term option for MLB in today’s game.

New stadiums in the Bigs have stadiums geared towards baseball exclusively with amenities that enhance fans’ overall experience. The multi-use facilities (like BC Place and the Olympic Stadium) are relics of the past.

For years, Bronfman and the Montreal Baseball Project have been lobbying for a new stadium adjacent to downtown Montreal at the bottom of Peel Street and the Lachine Canal, between the Bonaventure Expressway.

The potential location could be accessible by highway, multiple bike paths, public transit, by foot, and the canal. Not to mention, it’d have Montreal’s iconic “Farine Five Roses” sign visible behind the right-field bleachers. 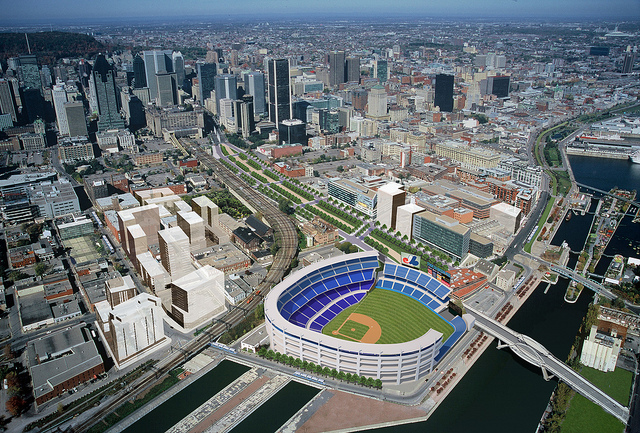 If Vancouver, Montreal, and boardrooms full of investors can figure out a way to convince each city to build new state-of-the-art stadiums, Major League Baseball might have to lean in pretty closely…

With more than four million people living in the Montreal metropolitan area, it’s one of the largest cities in North America without an MLB team.

With 2.5 million people in the Lower Mainland, Vancouver could also make a pretty compelling case for a new franchise.

And sure, people will argue that Montreal already had a team but come on, we’re talking baseball here. We get three strikes, not one.

It’s a tall ask, trying to get the MLB to expand into the great white north but with the Jays thriving and a great flock of Canadian talent in the Bigs, now might be the best time for Canadians to root for the home team.

Vancouver and Montreal, that is. Because Tampa Bay and Oakland are not.