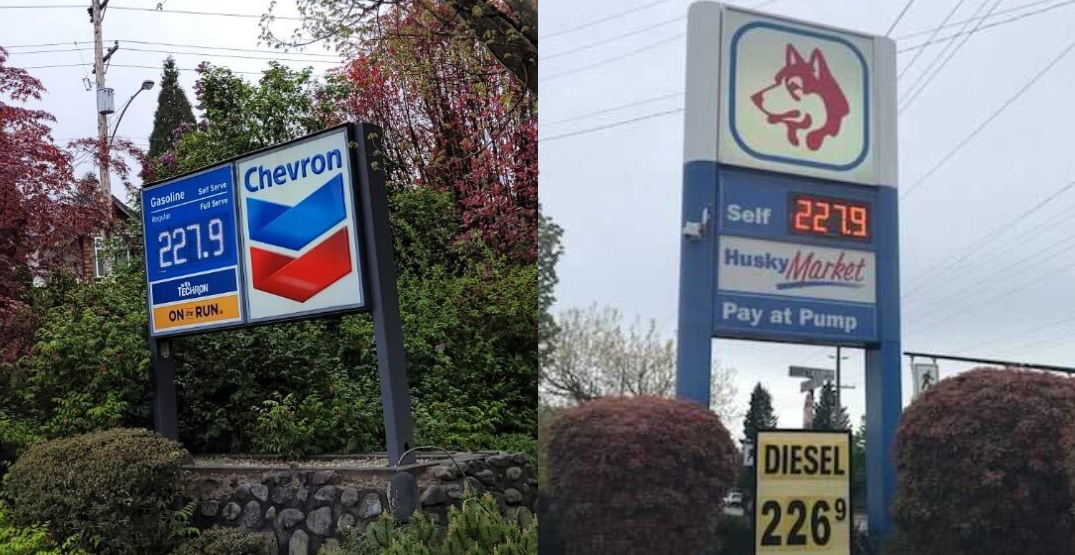 Remember last week when gas prices shot up to $2.229 per litre in Vancouver? Turns out, that was the time to fill up.

On Saturday, May 14, folks in BC’s Lower Mainland woke up to a new heart-stopping reality at the pumps.

A new all-time high for gas prices – $2.279 per litre – was observed at gas stations in Metro Vancouver. 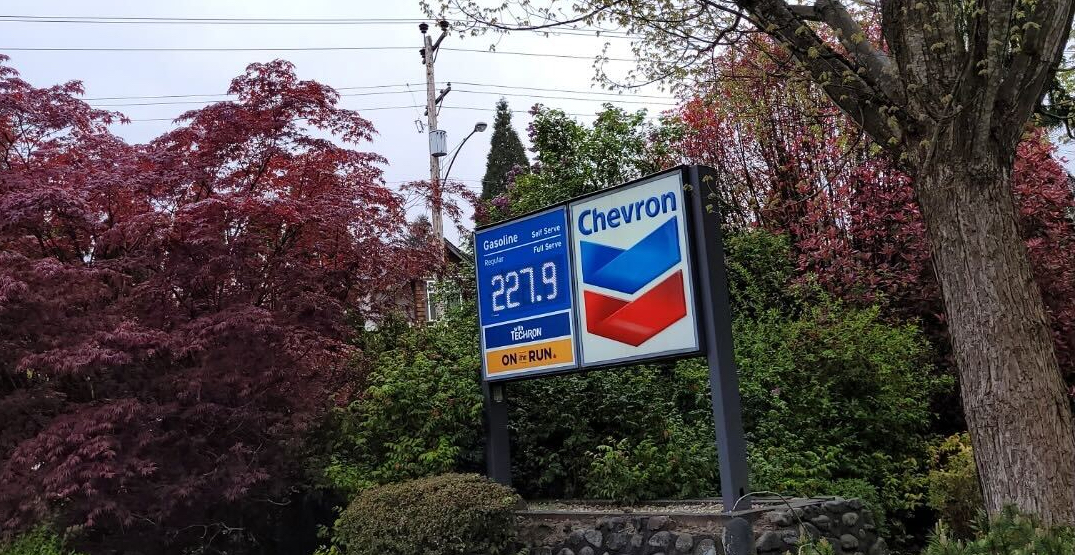 Even though these prices were predicted by Dan McTeague to jump almost 11 cents to $2.279 by Saturday, that doesn’t take away the sting of actually seeing the price at the pumps.

Before the recent surge in prices, the cost of gas had been rising rapidly in Metro Vancouver over the past six months.

BC issued a one-time relief rebate for drivers earlier in the year to help address the affordability crisis, and this week, John Horgan addressed the high gas prices directly and was criticized by the Liberal Party who called to suspend provincial gas taxes.

“I encourage people to think before you hop in the car. Do you need to make that trip.”

People shouldn’t have to worry about if they can afford to get to work, or go to the doctors.

Taking a look at average prices in Vancouver compared to Canada, the rest of the country is also feeling the pain at the pump.

This chart from Gas Buddy shows the change in average gas prices in the last month for both Vancouver and Canada.

In Calgary and Edmonton, average gas prices were around $1.701 and $1.670 respectively on the weekend.

Of course, these were average prices, and the true cost at the pump fluctuates depending on the time of day and which station you go to.

I’m in Montreal this weekend. Check out the price of gas. ⬇️ pic.twitter.com/rx46k0fv38

How is the cost of gas affecting you? Let us know at [email protected]