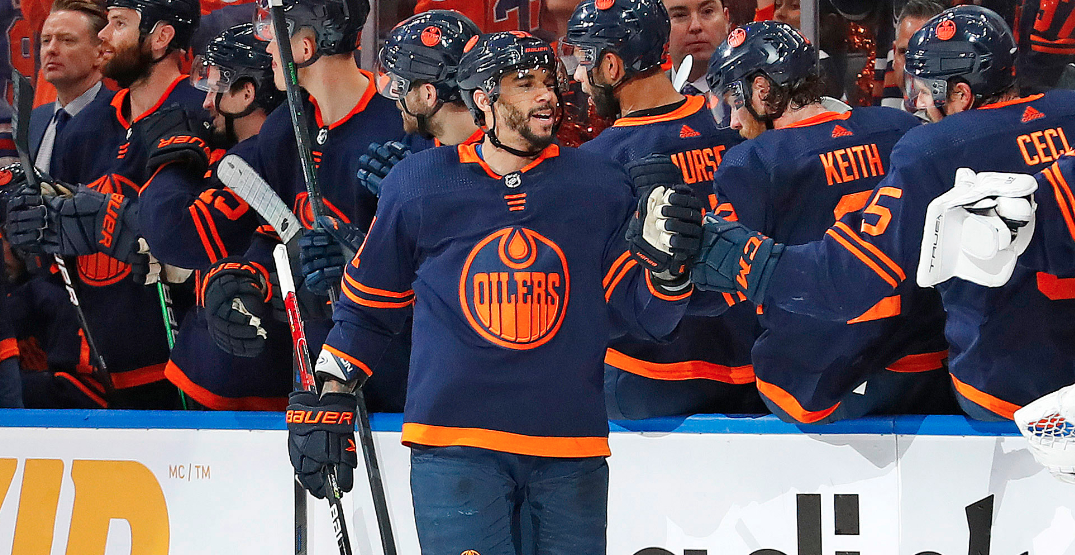 Kane, who had 13 goals in 15 games in the Stanley Cup Playoffs to help the Edmonton Oilers to the Western Conference Final for the first time since 2006, is signing on for four more runs.

The pending unrestricted free agent, who also had 39 points (22 goals, 17 assists) in 43 regular-season games riding shotgun with Connor McDavid, cashed in on a half-season of work in Edmonton by signing a four-year deal worth $5.125 million annually with the Oilers.

“Throughout the last 12 months there have been lots of road blocks, tons of adversity and many tough days. I’m grateful for the tremendous amount of support from family, friends, teammates, and others who have helped me stay strong through those difficult times,” Kane wrote in a tweet announcing his deal Tuesday night.

Kane, who was reportedly seeking a deal north of $7 million a season, initially signed with the Oilers in January after the balance of his seven-year, $49 million contract was terminated by the San Jose Sharks for violating COVID-19 protocols. He has since filed a grievance through the National Hockey League Player’s Association, though it wasn’t resolved prior to the opening of free agency.

The Oilers had expressed continual interest in bringing back Kane, who flourished in Edmonton.

“Certainly the hope is to bring Evander back, but there’s this situation, there’s the cap, certainly Evander and his agent, their wants and needs,” Holland said in June. “Hopefully everything lines up that we can bring him back.”

“I want to thank the Edmonton Oilers for giving me an opportunity to remind people who I am as a player and as a person,” Kane wrote in the tweet.