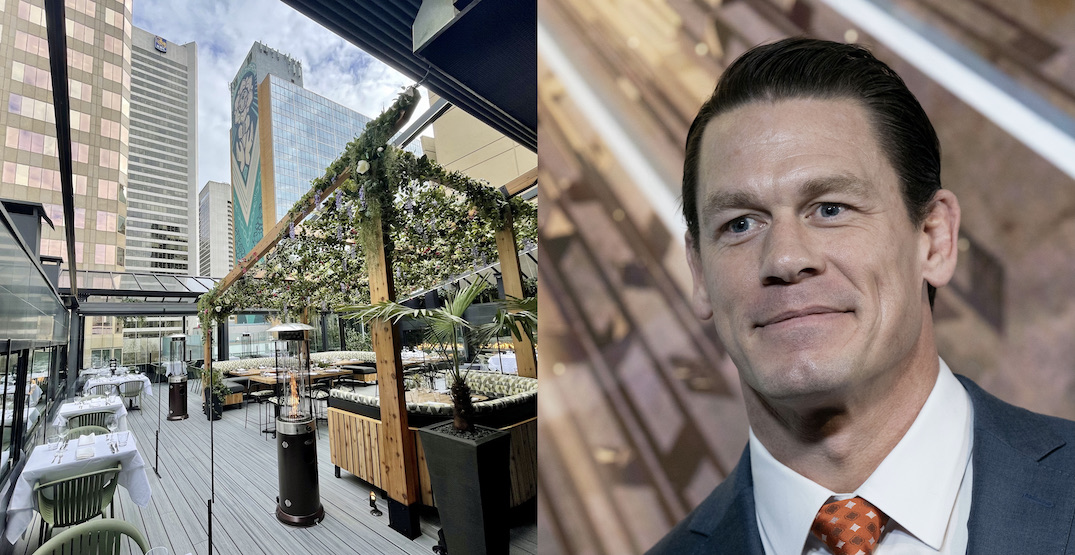 Same celeb, different restaurant. It’s no secret John Cena is a fan of Vancouver’s food and beverage scene, and the famous actor has been spotted at yet another trendy eatery in the city.

Earlier this week, the former professional wrestler was seen enjoying one of our newest outdoor spaces, the recently-renovated Roof at Black + Blue on Alberni Street.

A source close to the restaurant confirmed to Dished Vancouver that Cena was enjoying the new open air space, which is decked out with tons of greenery including a wooden feature wall mounted with floating candles and lush foliage suspended above.

Looks like Sandra Bullock isn’t the only star that likes this joint.

Cena has been in town filming DC’s Peacemaker, which is a Suicide Squad spin-off set to stream on HBO Max starting in January 2022. The character will make its debut first in The Suicide Squad movie alongside Margot Robbie, Viola Davis, and Taika Waititi this August.

Want to sit on a local patio yourself? Look no further than our running list and map of 150+ Vancouver patios to dine on.