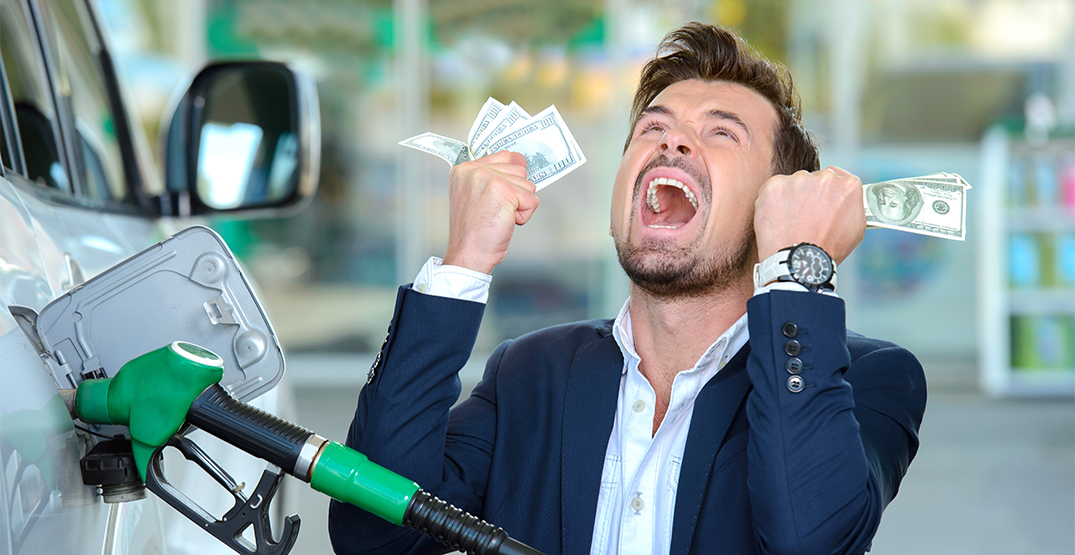 Nearly one-in-five British Columbians entitled to an insurance rebate for high gas prices should have received theirs by now, the Insurance Corporation of British Columbia tells Daily Hive.

That works out to 17% of the total 3.5 million rebates the insurance administrator plans to send out.

ICBC is once again warning customers not to reply to any scam messages they get by phone or email — that’s not how the rebate will be administered.

The rebates give $110 to the primary driver of every insured vehicle in the province and they’re a response to record-breaking gas prices the province has seen this spring after Russia invaded Ukraine.

On the weekend, gas prices hit $2.369 at some stations in the region. Analysts say the prices aren’t expected to come down significantly any time soon.