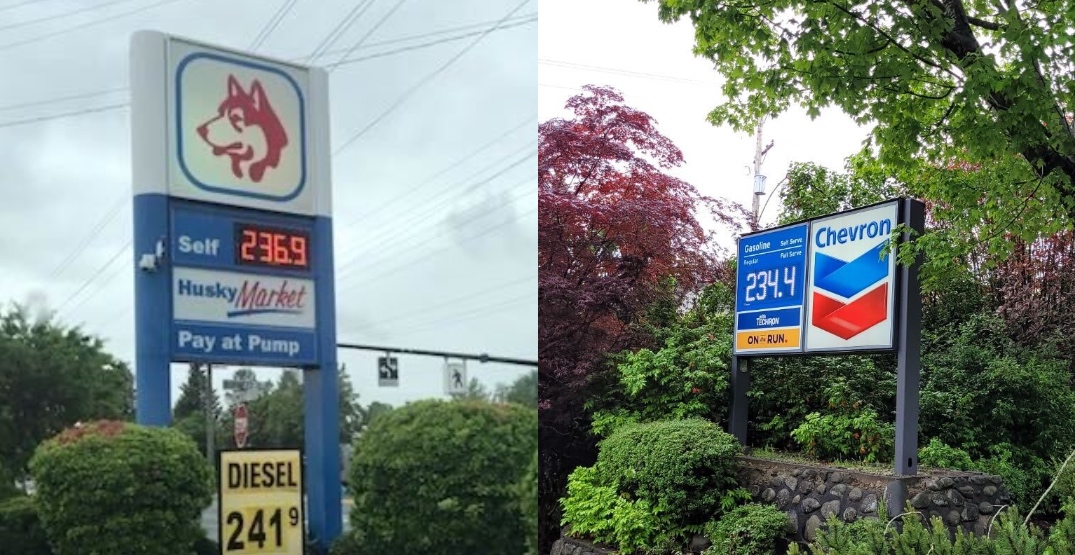 No matter when you fill up in Metro Vancouver, you’re going to regret it.

The previous record for highest-ever gas prices in Vancouver was $2.332 per litre, according to the Canadian Automobile Association.

On Sunday, June 5, gas the per litre cost of gas was observed as:

These prices around various Metro Vancouver municipalities are all record-breaking.

In the last month, the average cost of gas in Vancouver has risen, from $2.151 per litre to $2.338 per litre, according to charts produced by Gas Buddy.

Gas prices are predicted to continue climbing throughout the summer, so there’s not really a “good” time to fill up.

Vancouver has had the highest gas prices in North America this year as the cost of gas surges in the city.

The cost of gas is so expensive that it’s cheaper to fly to Kelowna or Calgary this summer than it is to drive. And, since gas is often significantly cheaper just over the border, Metro Vancouverites could turn to a US road trip for relief from the crushingly high gas prices.