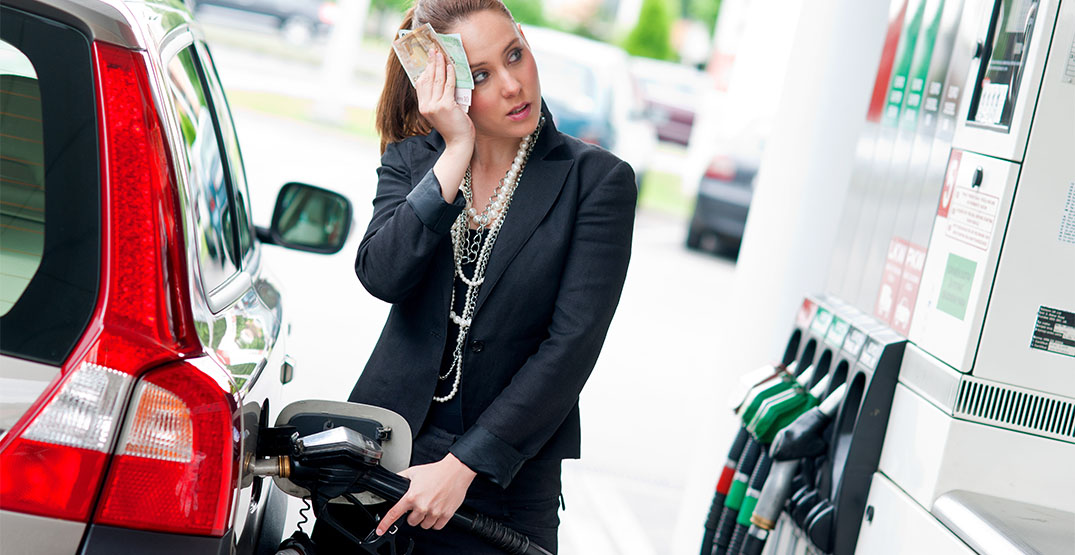 Metro Vancouver’s sky-high gas prices will only get higher this summer as residents head into the busiest driving season of the year, one petroleum analyst predicts.

Roger McKnight, chief petroleum analyst with En-Pro International Inc., tells Daily Hive that US fuel is in high demand amid global sanctions against Russia over its invasion of Ukraine — which paints a grim picture for fuel prices from the consumer’s perspective.

“I can only see prices increasing,” McKnight said. “Records will continue to be broken until we reach the stage of demand destruction when the consumer parks his car.”

US crude inventories are down 14% compared to the five-year average, and gasoline levels are down 8% for the same time frame.

Metro Vancouver relies on a single domestic refinery for gasoline, and it must import much of its product from the US. McKnight said that local prices tend to move in time with wholesale prices in Seattle, which follow daily changes in New York.

Gas prices in Metro Vancouver are hovering around $2.16 per litre this week, after coming down slightly from a record-high of $2.339 in mid-May.

The prices are set to make summer road trips more costly than usual and may not come down for some time.

“With this being the start of driving season, it is obvious that the tank is on empty already before we even get out of the driveway,” McKnight said.