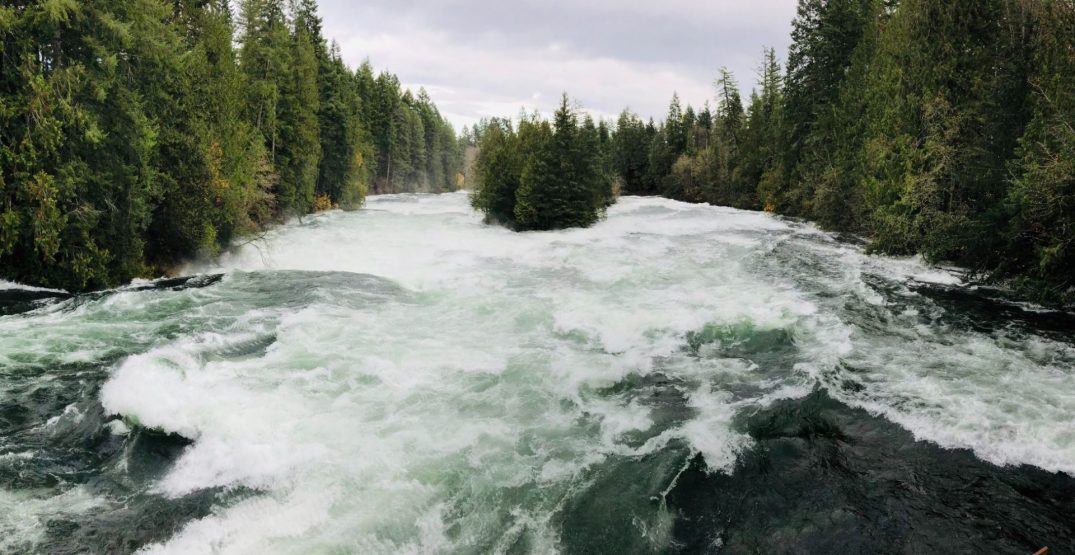 BC’s experiencing storm after storm this November, but with all the forecasted atmospheric rivers rolling in, how much rain are we actually talking about?

In an emergency management press conference on Monday, November 29, Environment and Climate Change Canada meteorologist Armell Castellan brought the province up to speed with the recent weather.

“The second storm that occurred over the weekend was obviously impactful and delivered a fair amount of rain that affected many regions,” said Castellan.

The summary was issued at 7:51 pm on Sunday, November 28, and it records rainfall over the past 33 hours:

Heavy Rains continue on #BCHwy1 in #NorthVancouver and #WestVancouver. Watch for pooling water and drive with extreme caution. Report any problems to 1-866-918-1010. @TranBC @DriveBC @TranBC_LMD pic.twitter.com/LUJdjsDXTX

I counted between 15 to 20 different Waterfalls in 60 seconds on the Sea to Sky between Porteau and Lions Bay this morning… #BCStorm #ShareYourWeather @weathernetwork pic.twitter.com/O73aZMjeSh

We’ve been asked why some highways are given 60km/h speed limits. Its due to ground saturation. Because of the #BCstorm, the ground under the road could be soft and travelling at higher speeds could further damage it.
Safety is our priority.
📸 – #BChwy1 Sumas area from Friday pic.twitter.com/O6kZamvHkh

BC is on a 24-hour break before the next atmospheric river event comes on Tuesday, November 30.

“Even if the third storm is not as bad as it could have been in the modelling leading up to today, it will be problematic because they are coming so close back to back with the runoff and the saturated soil.”

BC’s red level alert warning about flooding was issued on Friday, November 26. You can check the latest flood advisories on the River Forecast Centre’s website.

According to the centre, recent significant rainfall has exacerbated river levels and flooding across southern BC, creating challenging conditions in many areas, including the Fraser Valley, where Abbotsford has experienced flooding.

The extreme weather in BC is a fluid situation, so check road conditions with Drive BC before you head out if you must travel during storms.

Keep up with Environment Canada’s weather alerts and listen to your local municipal government to stay informed on the latest in your community.