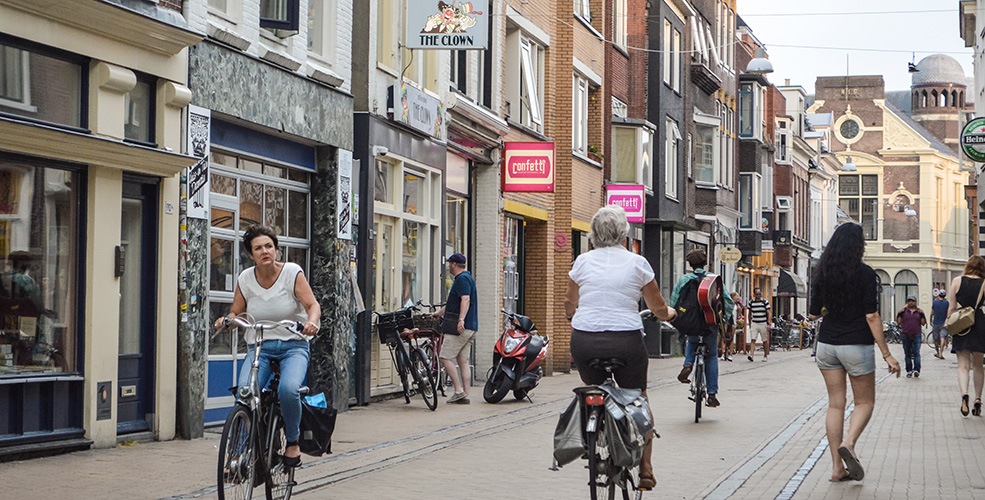 When we initially selected the five Dutch cities we would explore over the course of our #CyclingAbroad adventure, many of our friends had no idea where Groningen was, let alone why we would want to visit there. But among our colleagues in the transportation and urbanism world, a pilgrimage to this once-fortressed college town, 200 km northeast of Utrecht – famously declared “The World’s Cycling City” by Streetfilms’ short documentary  – was an absolute must.

With a population of around 200,000, a quarter of whom are students at the two local universities, Groningen has accomplished a feat many emerging cycling cities could only dream of: a bicycle mode share that eclipses the established powerhouses of Amsterdam and Copenhagen. Recent figures indicate a staggering 61% of trips in the city are made by bicycle. That’s almost nine times larger than Vancouver’s celebrated mode share. Needless to say, we were incredibly excited, if not a little intimidated; to experience life in 2002’s deservedly crowned Cycling City of the Netherlands.

Going against convention wisdom; taking the opposite direction 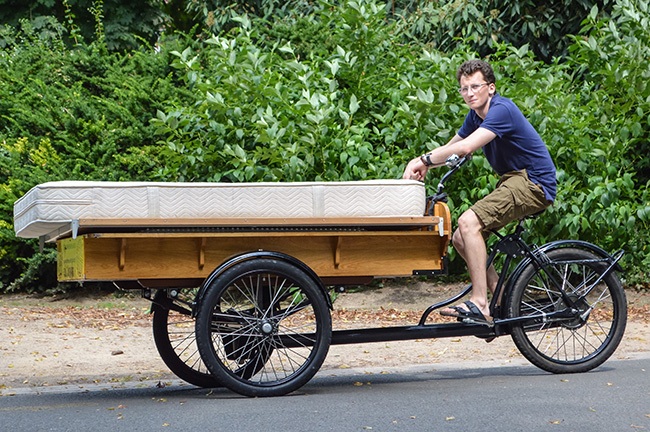 To understand how Groningen got to where it is today, one must look back nearly 50 years, to a young, idealistic politician who bravely decided to go against conventional wisdom.

In the mid-1970s, as cities across the country were scrambling to create the ideal conditions for mass motoring (including, most notably, Amsterdam), a left-leaning Groningen council recognized the inherent flaws in rebuilding their city around the private automobile. Max Van den Berg, then just 24 years old, and the councillor responsible for traffic and urban development, resolved to take his city in the opposite direction. Under Van den Berg’s advice, in 1977, council all but banished motor vehicles from the city centre, making it a far more pleasant place for people on foot and bicycle.

For Lior Steinberg, an urban planner born and raised in Tel Aviv, the resulting lively cityscape is what drew him to relocate to Groningen, after a study tour while completing his master’s degree. “Groningen is a vibrant city, and there is a great cultural life. It’s a real hidden gem,” he claims. ”In the past two years I’ve been getting around solely by bike: either to the supermarket on the next block, or moving apartment to the other side of town.” 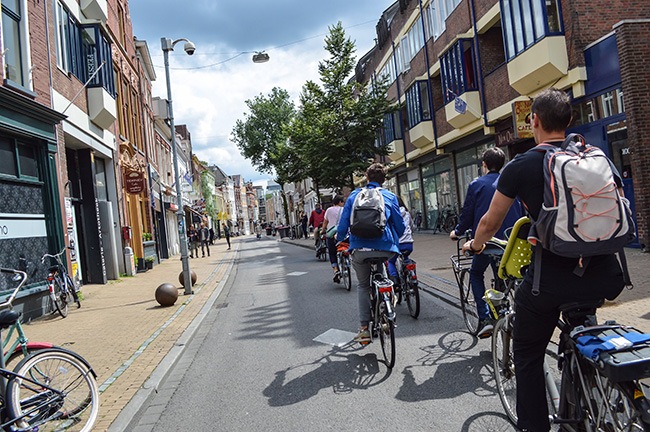 Steinberg credits Van den Berg’s Traffic Circulation Plan as central to Groningen’s successes: “The circulation plan divided the city centre to four parts, forbidding cars to cross between those quarters,” he explains. “This made the city centre practically impenetrable with a car, and made cycling and walking the best way to get around.”

While the plan didn’t completely remove motor vehicles from the equation (public buses and delivery vans still access certain parts of the city centre), we pedalled practically everywhere with our children over the course of a week, feeling completely at ease with our surroundings. Bicycles definitely rule the road in Groningen, with thousands of cyclists rolling along virtually every one of its cobblestone streets, from dawn until long after dusk. 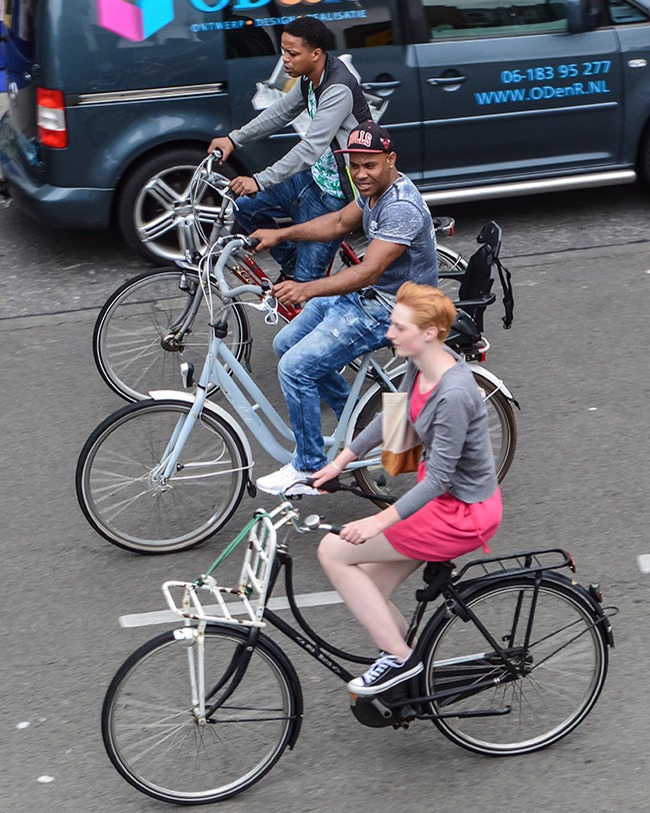 After being recognized for their achievements in 2002, Groningen enjoyed newfound notoriety both home and abroad. But other Dutch cities began replicating their winning formula, and – having discovered that improving cycling conditions serves as an inexpensive and effective way to remain competitive – quickly started catching up.

At the same time, many of the city’s cycle routes were experiencing problematic congestion, particularly on corridors leading to the university campus. The need to deal with an ever-increasing volume of people on bikes, along with the desire to retain their title of “The World’s Cycling City”, are what provided the impetus for the Groningen Cycling City strategy.

“Cycling is in our DNA. We are proud of it and definitely aim to keep it that way,” reads the preface of the 48-page plan. This is as clear of a mission statement as it gets. 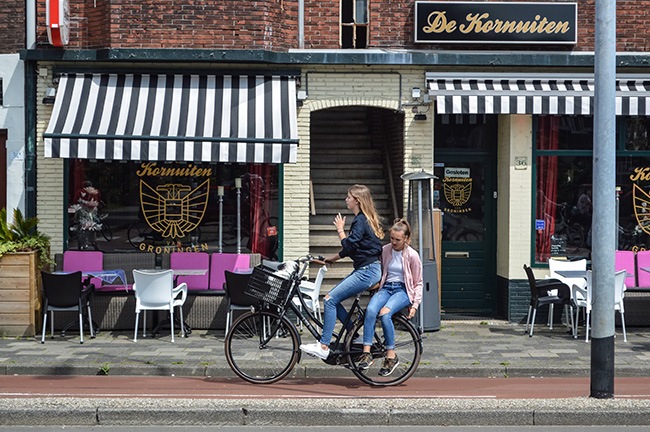 Saskia Zwiers, the campaign’s coordinator, says the strategy will improve conditions for the many residents who travel by bike: “With the projects and ambitions of the new bicycle strategy, the quality of cycling will improve even more, as we are really aiming to put the bicycle first again in decision-making and planning processes.”

Many the projects contained in this “bicycle first” strategy are rather ambitious and innovative. Most notably, as a northern city, Groningen’s temperatures often hover around freezing during winter months, creating frosty conditions unsafe for road users, especially those on the narrow wheels of a bike. Within the next decade, officials hope to use geothermal energy (from the earth) and wastewater thermal energy (from the sewers) to heat the cycle tracks, keeping them clear of frost and snow, and allowing for safe, year-round, two-wheeled travel. 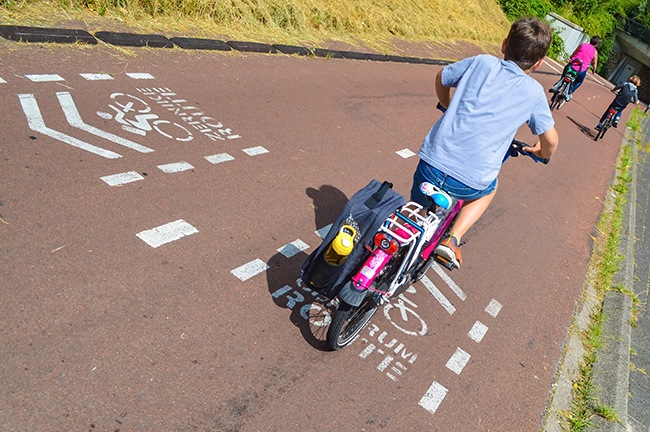 Other measures include a series of “smart routes“: direct, convenient cycle paths designed to get students and staff to school in 15 minutes, without having to make a single stop.

Groningen is also one of the first cities to attempt to “solve traffic situations with eye contact,” first piloting, then expanding, a counterintuitive, but highly effective four-way green light for cyclists at 29 different intersections.

With as many as 20,000 cyclists travelling certain corridors on a given day, planners are being forced to “think outside the lane,” and experiment with the notion of handing entire streets – known as fietsstraten (Dutch for “bike streets”) – over to the bicycle as the dominant mode of transportation.

Improving the relationship between bikes and transit 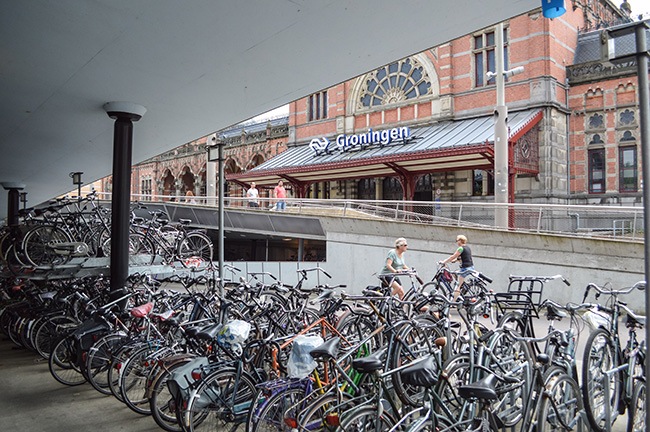 The plan also includes a long-overdue expansion of their central train and bus station. Already overflowing from its above and below-ground parking lots – capable of holding 10,000 bikes – the strategy aims to expand that availability by another 5,000 bikes. The City also hopes to improve connectivity from the station to the existing cycling network by building a bicycle tunnel under the bus depot, reducing conflicts between these two popular modes.

As for the city centre, perhaps the most inevitable change will be the removal of buses, planned for implementation in 2018. Currently sharing narrow streets with cyclists that outnumber them exponentially, transport planners have finally acknowledged the supremacy of the bicycle, but the change will mean some adjustments for transit users.

Ultimately, Zwiers believes it will mean a better shopping experience for residents and visitors alike: “I’m very excited about the future of my city. In the next four years, it will be transformed with even better public spaces and sustainable mobility options.”

“The biggest concern shouldn’t be cycling, but walkability” 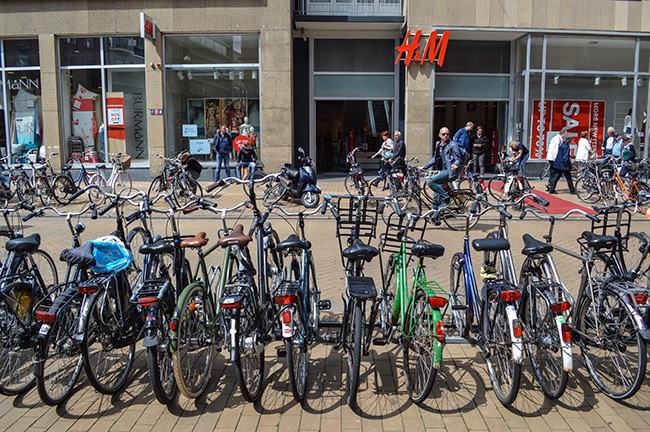 In every Dutch city we toured, moving by bike was simple and intuitive, even for our seven-year-old son. But travelling on foot was much less desirable, and Groningen was no exception. Sidewalks are narrow, and teeming with bikes parked anywhere their owners could find a space. In fact, shops along the busier routes in Groningen now roll out red carpets to their front doors; not to make their patrons feel like royalty, but to discourage the parking of bicycles, and maintain access for their customers.

Steinberg feels addressing people on foot is of utmost importance: “To be frank, the biggest concern at City Hall today shouldn’t be cycling, but walkability. Many of the city’s sidewalks are not accessible to elderly or physically-challenged people.”

The City is addressing these concerns, albeit incrementally, by designating a number of pedestrian-only streets, with plans to expand them. “Giving all these people and activities a place within a compact city is an ongoing challenge,” Zwiers admits. “At this moment, it’s not perfect, but things will definitely improve in the coming years.”

“We don’t even think about the luxury we enjoy here” 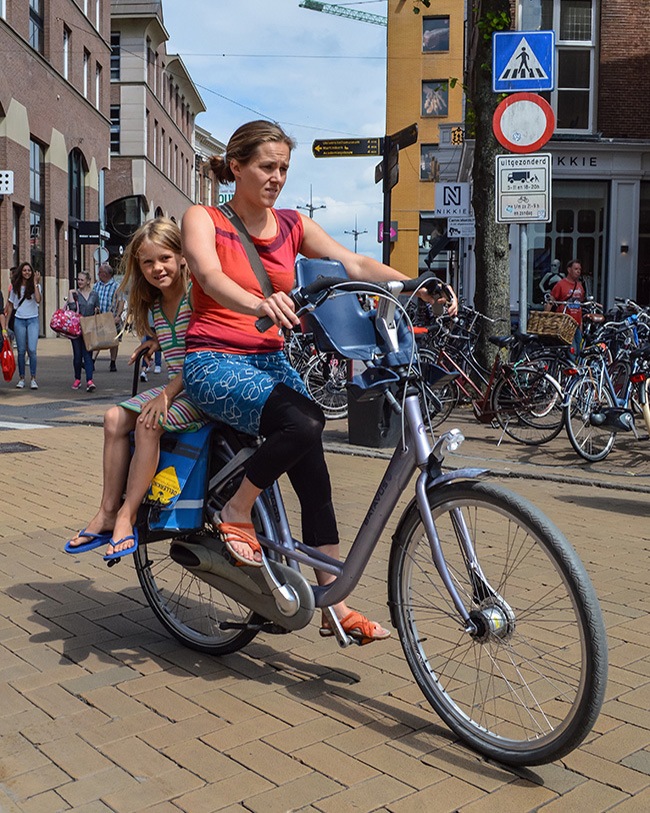 After spending our final few days in The Netherlands savouring the bustling cycling streets of Groningen, we could easily see why it had gained a positive reputation in urbanism circles. Even the commute from our accommodations – located in a residential community 4 km south of the centre – was completely seamless and separated from traffic; something most suburban streets in North America sadly still lack.

It’s the reason people like Steinberg and Zwiers, both relatively recent transplants to Groningen, fell in love with the city, and have no intention of leaving. “I love cycling in Groningen. It’s so straightforward to ride a bike here,” suggests Zwiers. “I understand for outsiders it takes some time to adjust to the hectic cycling culture, but I love it. Cycling is so normal, we don’t even think about the luxury we enjoy here.”

“Just something people do, without overthinking it” 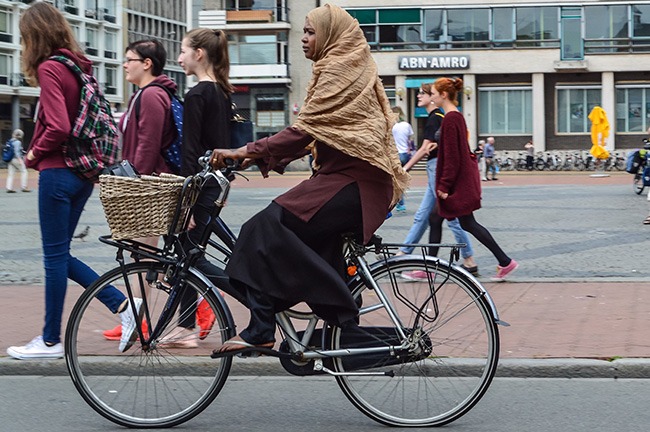 As we packed our suitcases for the fifth and final time during our journey, one thing was abundantly clear: we would never look at riding a bicycle the same way again. Cycling in cities such as Groningen felt so completely natural, so incredibly normal, rather than the fringe activity it is still seen as on our continent. Taking the bike to work, school, the supermarket, and everywhere in between is just something people do, without overthinking it.

That unremarkable comfort and simplicity is an experience that has been fought for and embraced in practically every city across The Netherlands. We departed deeply grateful for an opportunity to live in cycling utopia, however briefly, determined to return sooner rather than later. Five weeks in this multi-modal paradise helped us realize the cities we hope, dream, and aspire to build for future generations already exist, they’re just waiting to be replicated elsewhere. On that front, our work is only getting started.

Modacity’s #CyclingAbroad adventure was made possible through the generous support of our friends at Daily Hive, Urban Systems Ltd., and Two Wheel Gear. To view the full collection of photographs taken by the authors in Groningen, please click here.