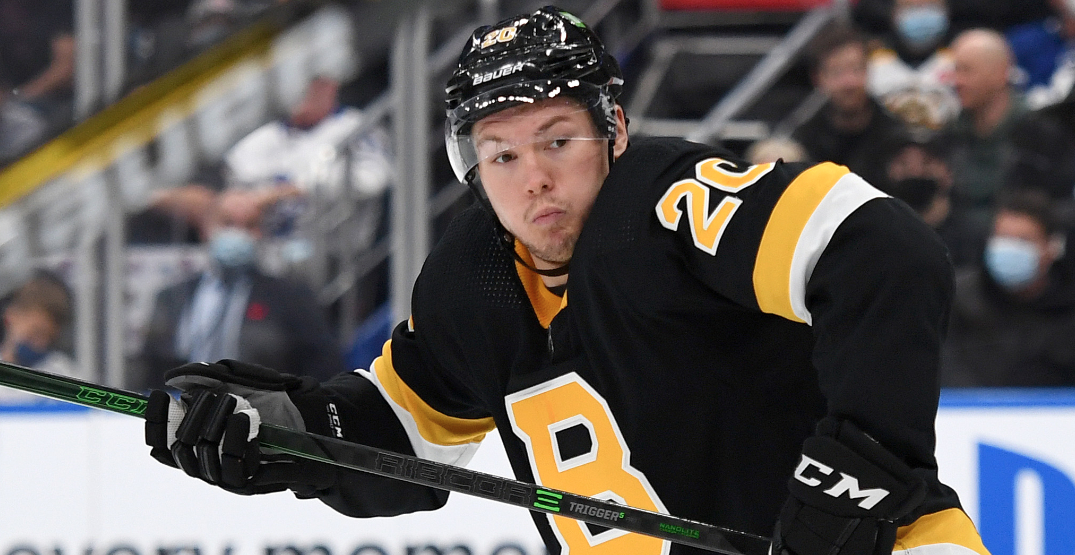 Historically, the opening day of free agency was notoriously a busy one for past Vancouver Canucks general manager Jim Benning.

Even though there’s a new regime in charge of the Canucks, the team opened free agency in 2022 equally as productive. And, despite limited cap space, new GM Patrik Allvin and the Canucks announced seven signings on the opening day of free agency.

Let’s hand out some early letter grades for the rookie GM’s work.

Due to the Canucks’ aforementioned lack of cap space, the Ilya Mikheyev signing came down as a bit of a surprise.

The Canucks were previously rumoured to have interest in the speedy Russian winger, but it was a slight shocker to see a cap-strapped team hand out a four-year deal worth $4.75 million per season to a relatively unproven player.

Let’s not sugarcoat it. There’s an inherent risk with this contract. Mikheyev has only played 146 NHL games in his career, and his offensive outburst last season — 21 goals and 32 points in 53 games — might be an anomaly.

There’s also a lot to like about Mikheyev, and he could outperform this contract.

Ilya Mikheyev, signed 4x$4.75M by VAN, is a very solid middle-six winger with good impacts at both ends who creates great chances with his speed but had struggled to finish them before exploding for 20 goals this season. #Canucks pic.twitter.com/YQr3b5VPhl

Mikheyev is one of the fastest players in the league, he’s tenacious on the puck, he’s a strong penalty killer and he’s responsible at both ends of the ice. He also spent most of his even-strength ice time last season alongside defensively-minded forwards David Kampf and Pierre Engvall. There’s a good chance that he could increase his production alongside better linemates.

Allvin spoke to the media about Mikheyev’s strengths and expectations, along with the risk in this contract.

“With Ilya’s skating, his speed, I don’t think is gonna drop down much over four years here,” he said.

“Obviously there’s always a risk, but the way he plays and how competitive he is with his speed…it’s hard to pick a number but definitely I think he’s capable of scoring around 15-20 goals.”

This is a medium-risk, medium-reward signing. That being said, the odds are against Mikheyev outperforming this somewhat hefty contract.

There’s a lot to like about the Curtis Lazar signing.

Not only is he a likeable player who grew up cheering for the Canucks, but signing him to a three-year deal worth only $1 million per season was a nice bit of work by Allvin and his staff.

Despite an up and down NHL career, Lazar has carved out a role as a pesky, two-way centre who does a decent job of suppressing scoring chances. He’s also a right-shot pivot, which was an obvious organizational need for the Canucks. Lazar has also been a reliable penalty killer at the NHL level for the last three seasons.

We knew for two weeks that Andrei Kuzmenko decided to join the Canucks, but the deal became official on Wednesday.

There’s nothing bad to say about this deal. The Canucks managed to sign the most coveted European free agent, and the cap hit is only $950,000 since he had to sign a one-year, entry-level contract.

This is a low-risk, high-reward signing by Allvin.

In free agency, smart teams always take a couple of dart throws on low-cost players with upside. Vancouver used one of those darts on Dakota Joshua.

The 25-year-old forward is an intriguing pickup. He continuously improved in the AHL last season and was nearly a point-per-game player in the playoffs for the Springfield Falcons.

He also earned a crack at playing 30 NHL games last season for the St. Louis Blues. Despite facing light competition, his 59.9% expected goal differential was the best among all Blues skaters.

The fake AND the pass. 😳

Allvin mentioned on Wednesday that he thinks he’s an NHL player. You can gripe with the two-year signing for a relatively unproven player, but this was still a good, low-cost gamble for the Canucks.

Unlike Joshua, Wyatt Kalynuk’s stock dropped this season after an impressive 2020-21 campaign.

Two seasons ago, the 25-year-old defenceman earned a recall to the Chicago Blackhawks after posting 10 points in eight AHL games. He then proceeded to score five goals and post nine points in 21 games for the Blackhawks at the NHL level. Kalynuk’s offensive production dipped this past season, but an ankle injury he suffered at the beginning of the season arguably set him back.

This signing is not only a good bet on his upside, but he should push Jack Rathbone in camp for that third spot on the left side of the defence. And, the deal comes in at the league minimum of $750,000.

It appears as though the Canucks might be moving on from goaltender Michael DiPietro.

“Our plan is to have two goalies there,” Allvin said about the Abbotsford goaltending situation on Wednesday.

The crease in Abbotsford is a little crowded now with DiPietro, Arturs Silovs and the newly-signed Collin Delia. If they do, it was imperative that they sign another veteran goalie for depth.

Delia had a .904 save percentage in the AHL last season. It’s an unspectacular but necessary signing if the Canucks do indeed move DiPietro.

The 28-year-old left winger had a solid year with the Abbotsford Canucks after a good training camp with the Canucks last season. He represents a reliable depth forward who can kill penalties at the NHL level.

No gripes with this signing, especially after the baby Canucks lost a couple of veteran forwards in Nic Petan, Sheldon Rempal and Justin Bailey.