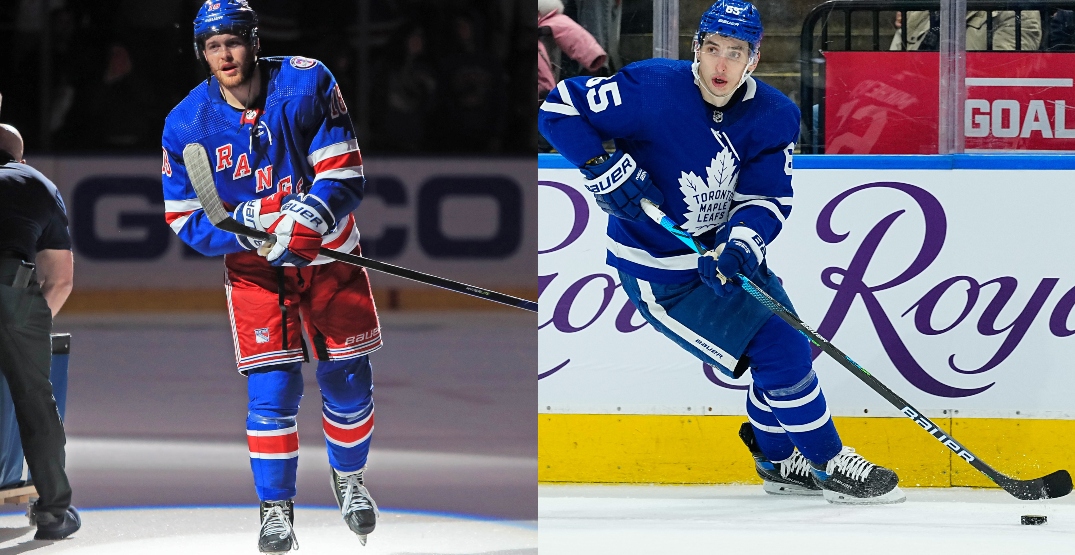 On today’s episode of Donnie and Dhali on CHEK TV, Rick Dhaliwal identified three players who he believes the Canucks are targeting ahead of free agency, which opens July 13 this year.

“He’s definitely a target for the Canucks,” Dhaliwal said of Andrew Copp, the New York Rangers centre who was outstanding after being acquired from the Winnipeg Jets at the trade deadline.

The other players Dhaliwal believes the Canucks have their eye on are Toronto Maple Leafs winger Ilya Mikheyev, and Boston Bruins centre Curtis Lazar.

All three players play with an edge, or sandpaper, if you will.

“We don’t have enough sandpaper,” Rutherford said on the DFO Rundown podcast last month. “It’s a different game in the West. We have to get some guys — not a lot of guys — but a few guys that are a little bit heavier, to play with some sandpaper.”

Copp is the top name Dhaliwal listed, but that also means he’ll be the most expensive. The 6-foot-1, 206-pound centre scored 18 points in 16 regular season games with the Rangers, and added 14 points in 20 games in the playoffs. Copp also kills penalties, which is an obvious need for the Canucks.

Copp’s value is at an all-time high, precisely at the point where the 27-year-old can command a big payday on the open market. If Copp proves to be too expensive for the Canucks, Mikheyev and Lazar offer cheaper alternatives.

Mikheyev produced 32 points, including 21 goals, with the Leafs during the regular season and had two goals and two assists in seven playoff games. The 27-year-old right winger played in all situations last season, which included second-unit penalty-kill and power-play time.

Lazar, a 27-year-old native of Salmon Arm, BC, also killed penalties, as a fourth-liner with the Bruins last season. He never reached the potential expected as a first-round draft pick and star for Canada at the World Juniors, but Lazar did find a way to solidify himself as an every-night contributor in Boston, following stops in Ottawa, Calgary, and Buffalo during his 404-game NHL career.