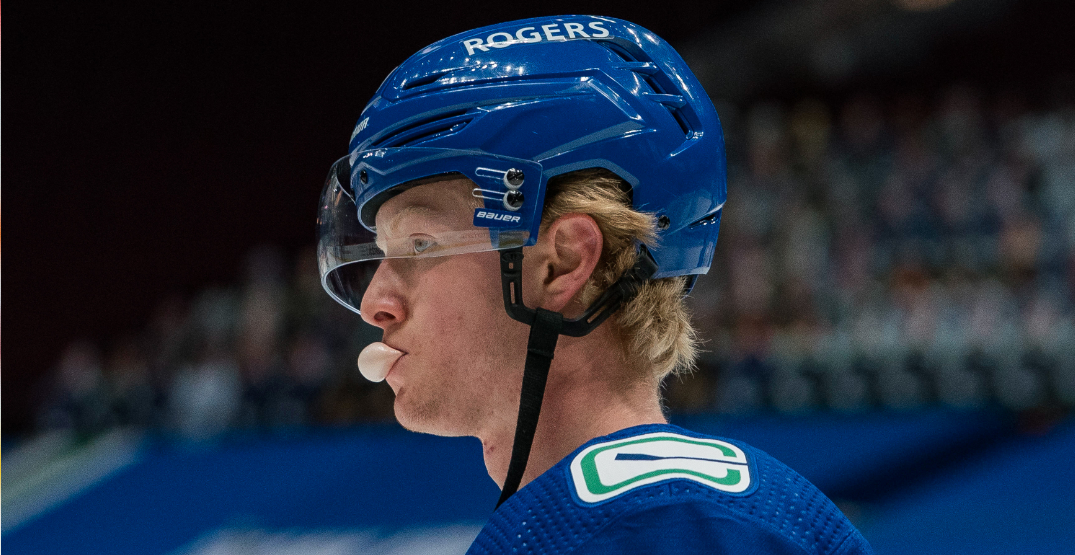 J.T. Miller is still a member of the Vancouver Canucks, and something has to give.

Miller either needs an improbable contract extension or a trade needs to happen, preferably to address the right-shot defensive needs of the team. Either way though, a trade should happen in Vancouver.

Because the Canucks should not merely be relying on the addition of young Jack Rathbone as the sole way of improving the blue line.

Which brings me to the list of future assets the Canucks should be willing to move to make any or all of the above happen. That means, as a sweetener in a Miller trade to get the price they need, or in another trade to get the defensive needs taken care of.

For a lot of people, that means an exit of Conor Garland or Tanner Pearson or fill-in-the-blank.

And if you’re thinking, “didn’t general manager Patrik Allvin address this and say he wasn’t willing to move future assets?”

No, not exactly. He said he wasn’t willing to do that to get rid of contracts or to dump salary. That’s not what we’re talking about. We’re talking about a hockey trade where the Canucks get something back.

With that in mind, you can get more aggressive.

There are few categories, perhaps. Let’s start with any drafted player that is currently not on the NHL roster. Easy. Yes, any. That includes the current class.

If Jonathan Lekkerimaki can help get you a young, right-shot defenceman of repute then you make that deal. He’s a nice prospect, but not a rare one. He’s a scoring winger. Quality right-shot defencemen are rare, and you have to pay to get them.

And there is really not much more that would move the needle for an acquiring team. Maybe Linus Karlsson? Perhaps Danila Klimovich? Possibly Aidan McDonaugh?

Goalies are up for grabs too. Michael DiPietro is clearly not the apple of their eye, and Arturs Silovs seems to have edged ahead as the possible next one. And yet, both should be in play. There’s not a ton of value there, but hey, they shouldn’t be protective of these guys either.

Next, the NHL-level young players — and that’s a shorter list for me.

It’s two players, one whose value has dipped. Nils Hoglander’s first season may have caught the eye of someone. Don’t be shy. And finally, it’s a hard one to swallow here, but as promising as Rathbone is, he’s the opposite side of the need. If you can find the right-handed version of himself, of course you do it. Of course, it will cost more than just him.

This isn’t the start of a rebuild anymore, and no one is suggesting shortcuts to get older veterans.

But if the Canucks do want to address needs and not sacrifice the future, they have to be willing to trade their young assets, too.