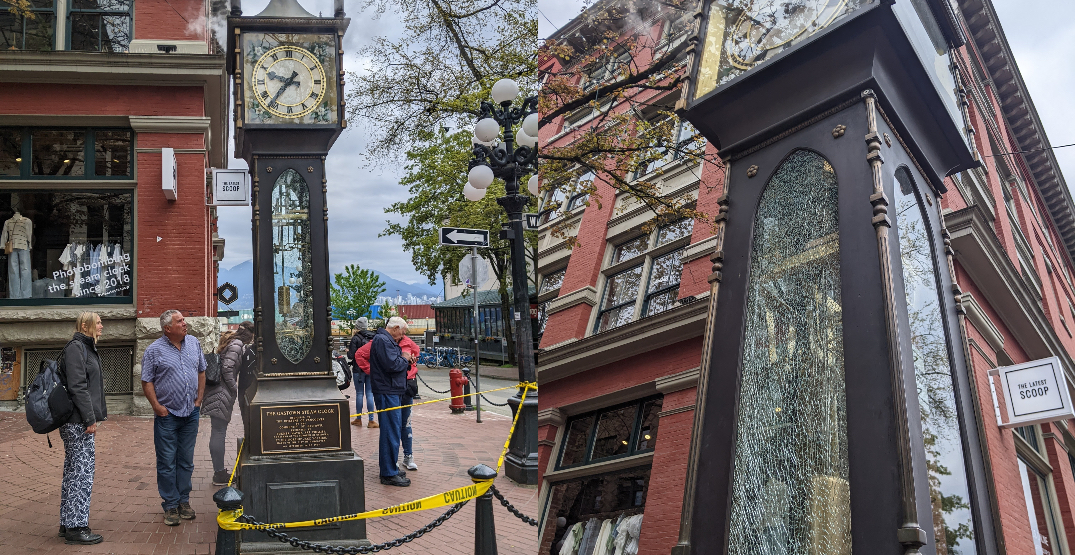 Artist Douglas Coupland called Vancouver the City of Glass, but lately, it’s become more like the city of broken glass.

According to Vancouver Police, they’ve launched an investigation to find out if someone intentionally damaged the steam clock in Gastown overnight on Saturday.

On Sunday, May 1, there was no glass on the ground by the iconic tourist attraction, which sits at Cambie and Water Street, but the area was partly taped off. Still, the tourists didn’t seem to mind. 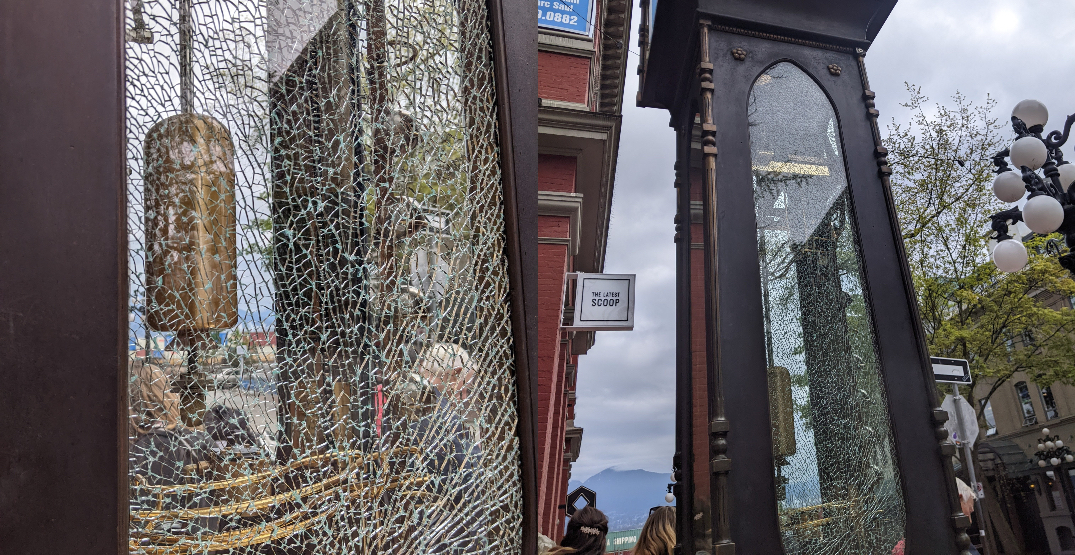 Social media users circulated photos of the damaged clock on Saturday, May 2.

A source with the City of Vancouver told Daily Hive that City staff were securing the area around the steam clock to ensure it is safe. Then, they’ll assess the damage and determine next steps. More information is expected to become available in the next few days.

A rep from the Gastown Business Improvement Society told Daily Hive that the City of Vancouver is responsible for maintaining the steam clock but that the society shares some of the costs.

Since COVID-19, there’s overwhelming anecdotal and data-driven evidence for increases in vandalism city-wide, especially in neighbourhoods like Chinatown and Gastown.

Daily Hive Urbanized connected with Extreme Glass, who said that their company’s amount of calls about broken glass at businesses is unprecedented.

Daily Hive has reached out to the City and VPD for more information and will update this story.