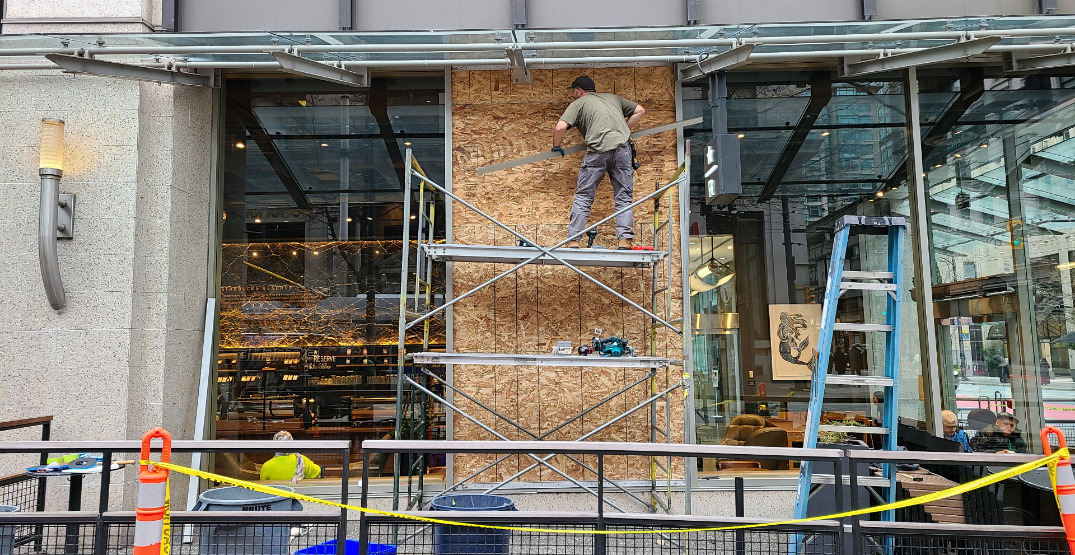 Since the pandemic began, it has been fairly common to see work vans parked in downtown Vancouver belonging to glass repair companies.

From the perspective of business owners, they’ve never seen anything like it. Just last week the Chinese Cultural Centre dealt with an entire block of broken windows.

The perspective is largely the same from the companies that have been serving the businesses that are being impacted.

Daily Hive Urbanized recently spoke to Marcelo Frazao with Extreme Glass. He’s been in the industry for a long time — since 1988 to be exact — and he knows more than a thing or two about glass. He’s also been in the industry long enough to know that the situation that is currently facing Vancouver is unprecedented. His company is dealing with multiple calls a day.

You might recall that two years ago when the pandemic began, when people were told to shelter in place, thieves made the most of it. Many businesses that were forced to close were also forced to board up their windows because of the sudden spike in theft. That uptick in theft and vandalism has persisted two years later.

75% of the work that Frazao does is in downtown Vancouver, but his business services the entire Lower Mainland. In terms of how much of his work is commercial versus residential, Frazao says it’s about a 70-30 split, favouring commercial.

“It’s unbelievable how much riff raff is going on downtown,” said Frazao. 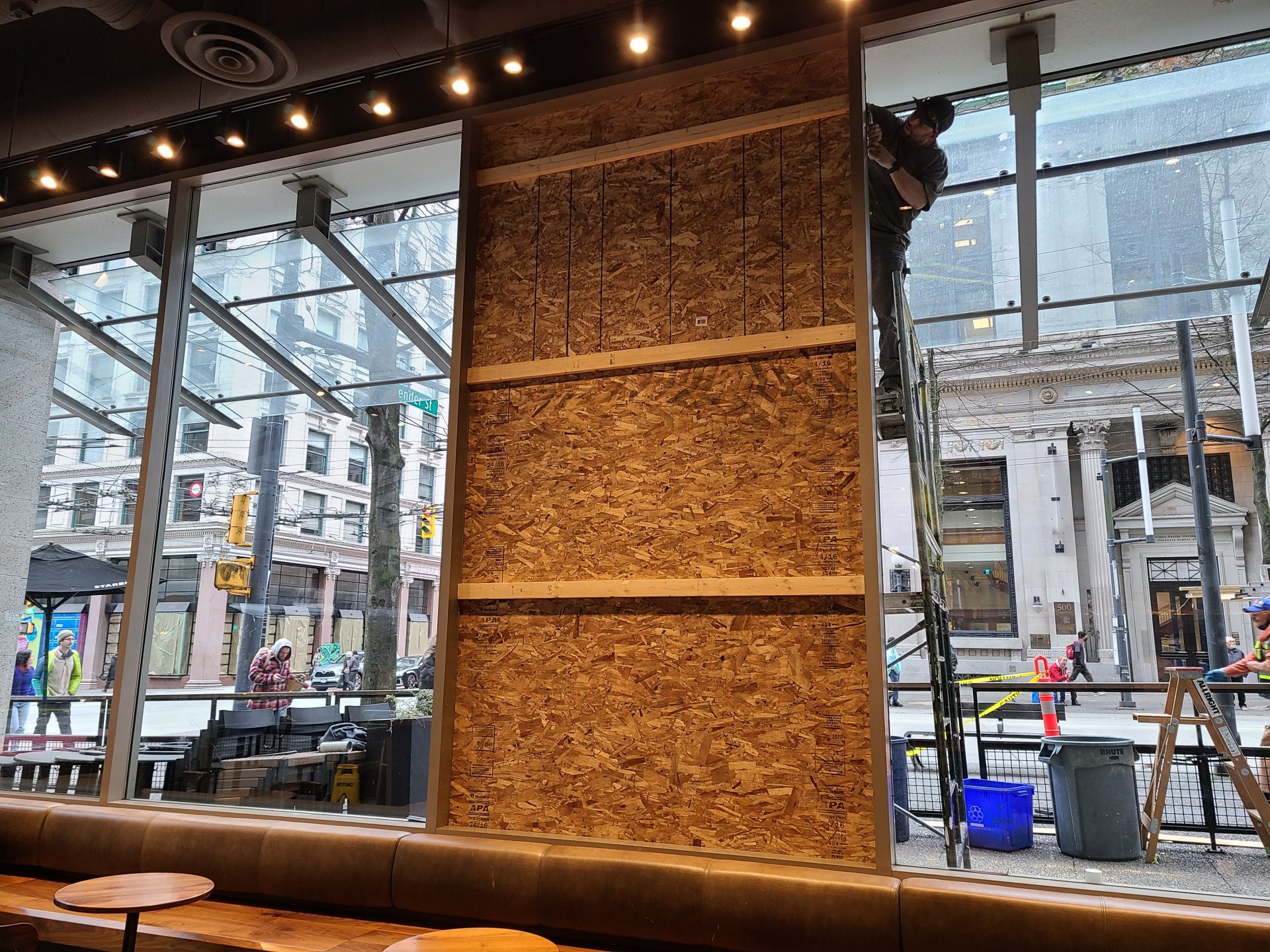 Extreme Glass has done work with 100 towers in downtown, and Frazao suggested the spike he’s seen in breakages is “dramatic.” He also said he knows of a pet store in Yaletown that has had four incidents in just two weeks. Frazao said that it’s “very expensive stuff.”

“We’re basically doing a few of those calls each day and that’s just during regular hours. We get sent out during the night as well.” 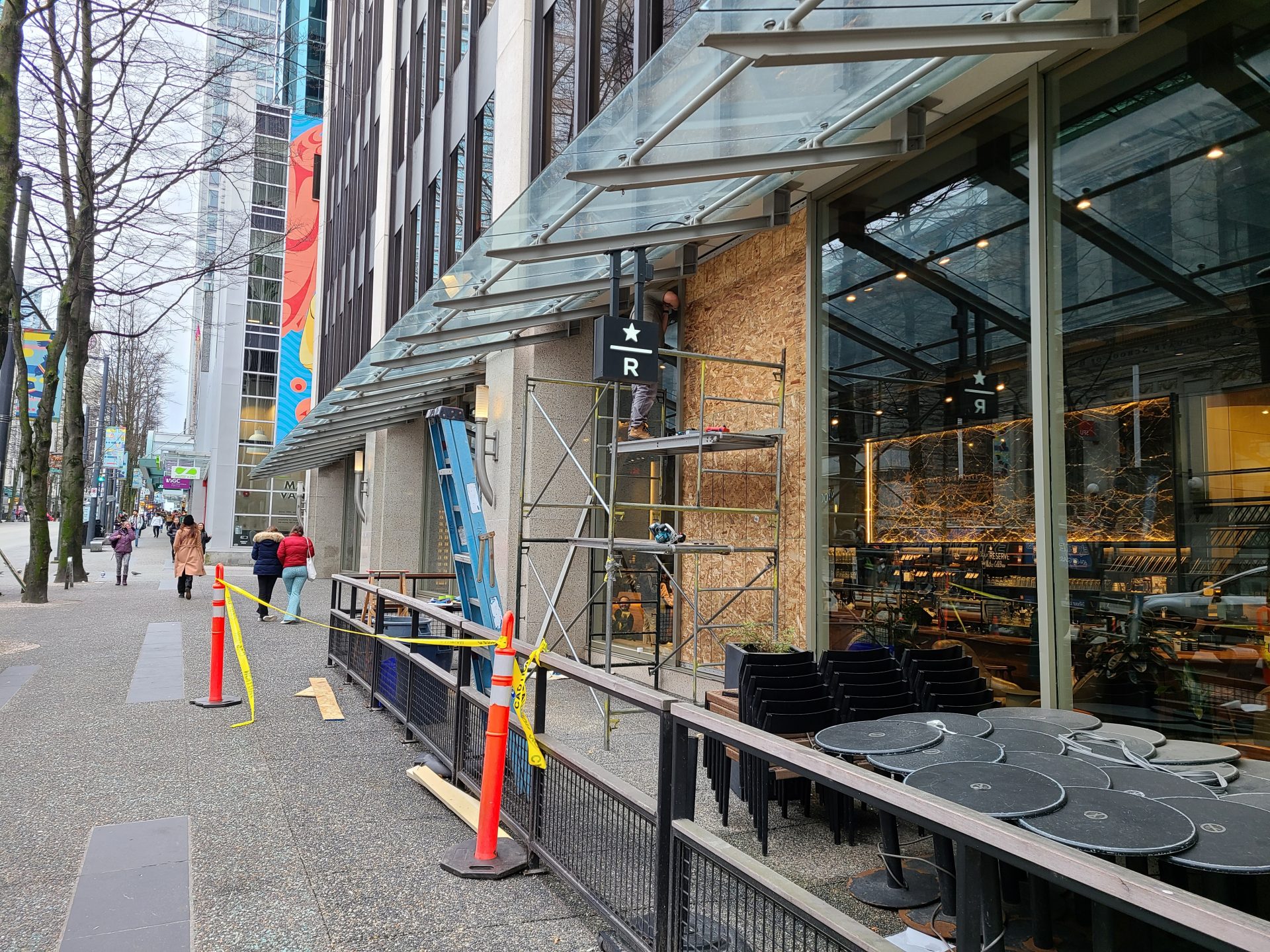 The issue with adding layers of security as Frazao points out, is that it impacts the aesthetic of the store. This is especially the case when it comes to higher end stores. Window film is one potential solution that Frazao says would keep the glass intact, but installing shutters that come down every night might offer the best protection. However, this would have repercussions of its own.

I agree. I don’t want to see Vancouver streets to turn to this. It invites more graffiti and creates an even more unsafe atmosphere at night time. We need more street patrol and help businesses stay in business. pic.twitter.com/868afmYc8X

Regardless of what protective mechanisms business owners put in place, there seems to be no end in sight when it comes to having to deal with vandalism and break-ins in Vancouver.