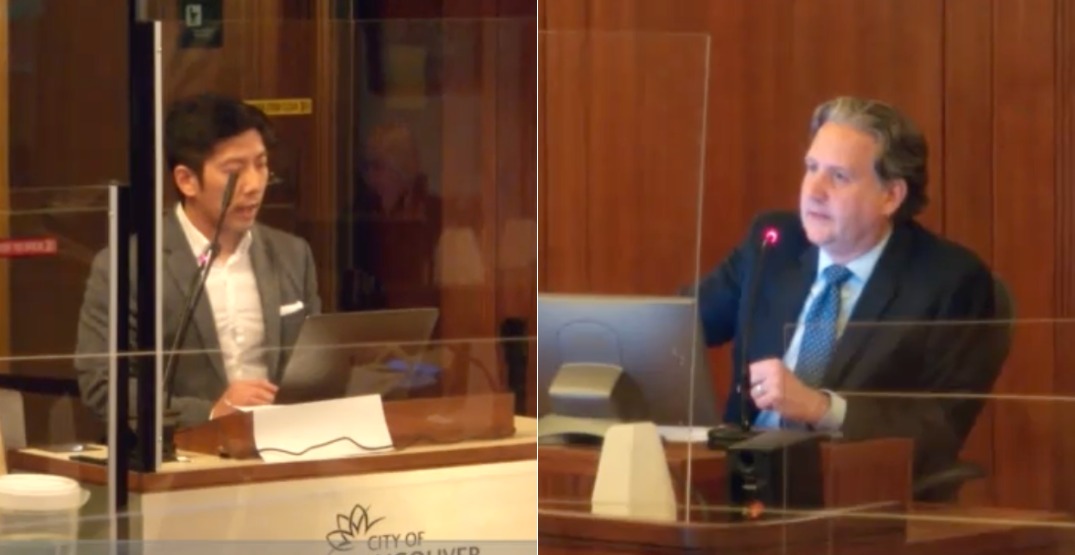 Public safety has been a hot topic in Vancouver lately, as locals respond to an alarming rise in incidents such as stranger assaults and vandalism.

As a result, the City of Vancouver held a special City Council meeting for public safety and violent crime that was well-attended by people eager to share their concerns on April 28.

Stakeholders were invited to present to Council for up to five minutes their organization’s strategies to deal with violent crime, according to a memo from Vancouver’s city manager Paul Mochrie.

Members of the public were also invited to speak.

Chief Adam Palmer with the Vancouver Police Department described crime in the city and offered relevant statistics to Council.

He said the VPD is seeing an average of four unprovoked stranger assaults per day.

In Chinatown, the VPD saw a 296% increase in graffiti this year, Palmer said, and there has also been an increase in arson cases. 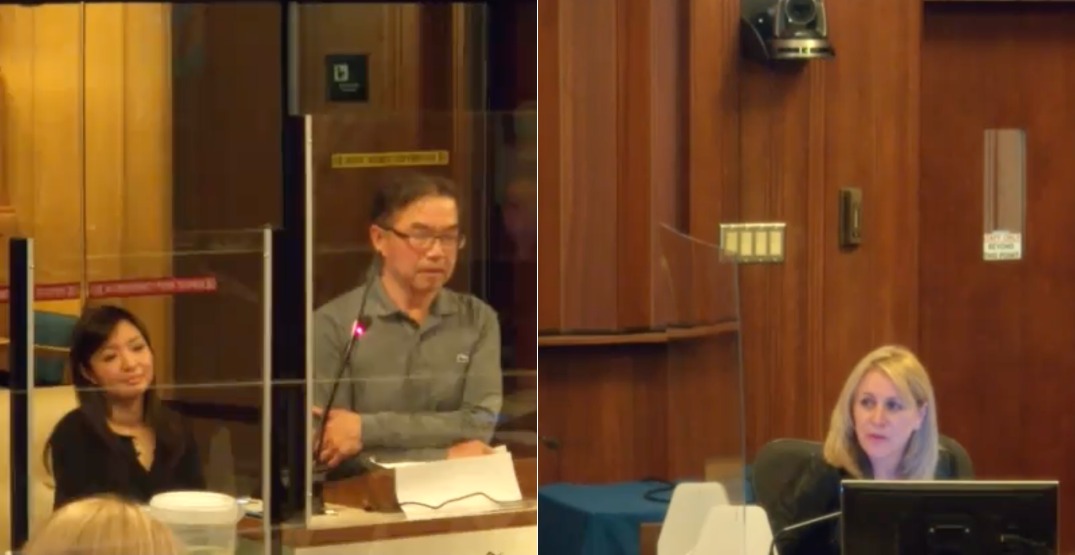 City Council watched presentations from staff, asked two rounds of questions, and finally heard from a long list of public speakers, shown in the video of the meeting.

The staff who presented were from the Homeless Outreach Team and Social Policy, Streets and Sanitation, the Vancouver Police Department, and the Vancouver Board of Parks and Recreation.

Representatives from Vancouver Coastal Health were the first speakers on the list.

“We’re definitely seeing a pandemic-related rise in mental health concerns, and we see that in who’s coming into the hospital and how they’re presenting and how many people are coming into hospital,” said Caitlin Etherington, Director of MHSU Housing & Complex Rehab.

“Those folks are significantly more likely to experience violence rather than perpetrate it,” she said.

However, Etherington also acknowledged that “at times, people with unmet health needs — for instance, people who are experiencing psychosis — can be the perpetrators and have been the perpetrators of violence in our city.”

“We know that’s very real and very traumatizing … as community members,” she said.

Attending the public safety meeting tonight called by @MelissaDeGenova @ChiefPalmer’s presentation and statistics show how necessary this was.

The high turnout of speakers in favour of addressing the city’s growing public safety issue is telling and definitely appreciated. https://t.co/5tXJihtFVF

Michael Tan, co-chair of the Chinatown Legacy Stewardship Group, spoke about how rising crime in Vancouver is specifically impacting Chinatown.

He said the increase of police and implementation of CCTV cameras in the area is “ineffective as deterrent against vandalism in the neighbourhood.”

“Band-aid solutions to address safety and cleanliness in Chinatown is like holding up a tea towel to this broken fire hydrant,” he said.

“We need significant increases to social programs to turn off that fire hydrant and to coordinate with all levels of government to give attention to Chinatown and the Downtown Eastside’s specific needs.”

Open Letter on Public Safety. We’ve been consistent on our position all along. We need more investment in mental health, addictions services & treatment, to evolve housing to complex care model. But City cannot abdicate our responsibility for public safety and needed policing. https://t.co/CKD29AFLNk

Disturbingly, the speakers were interrupted while Tan was presenting by a racist remark made by someone in the gallery.

It happened when Councillor Kirby-Yung asked Tan a question about an anti-hate strategy, and someone in the audience yelled, “More rice!”

Tan was silent for a moment before saying, “Sorry — distracted by the gallery here.”

Kirby-Yung quickly weighed in, alerting the mayor that they had just heard “a particularly derogatory comment.” After having the comment repeated for him, Kennedy asked the person to leave.

Council had to take a recess while they got the commenter to exit, which took at least a few minutes.

Having hard time processing how awful it was while asking a question in Council of a speaker of Asian descent about solutions to anti-Asian hate, to have member of public yell out ‘more rice’. I called it out, they were asked to leave./2

When they came back, Kirby-Yung apologized to Chan for the interruption.

Bridgitte Anderson, CEO of the Greater Vancouver Board of Trade, was the next to speak, discussing how public violence and intersecting crises are affecting businesses.

She recommended the City do more to get repeat offenders off the street, along with several other “multi-pronged solutions.”

“Crime is not only costly for businesses. It also creates feelings of unease and fear in the community,” she said. “Foot traffic is increasing, but the narrative is becoming increasingly negative.”

Next, Tracy To, a member of the Vancouver Chinatown Merchants Association and director of operations for Forum Home Appliances, said crime in her area “was not new,” but still “worse than it ever was before.”

“I’ve had many horrible situations happen to me when I was working, such as being pepper-sprayed then robbed of our air conditioners one summer,” she said.

I am speaker #57 for Special Council Reconvening on May 10th – Public Safety And Violent Crime Citywide @VanCityClerk @CityofVancouver pic.twitter.com/cJmr1JOBdE

“The perception of danger is also very damaging to our business.”

City Staff will work with the VPD on an action plan set for release in June based on what they learned at the April 28 meeting, and Council will reconvene on May 10 at 3 pm to continue hearing from speakers.

They will also scope the feasibility of a Vancouver Community Safety and Well-Being Strategy.

Anyone who has questions about the topics covered during the meeting or the meeting itself is encouraged to contact Deputy City Manager Karen Levitt.