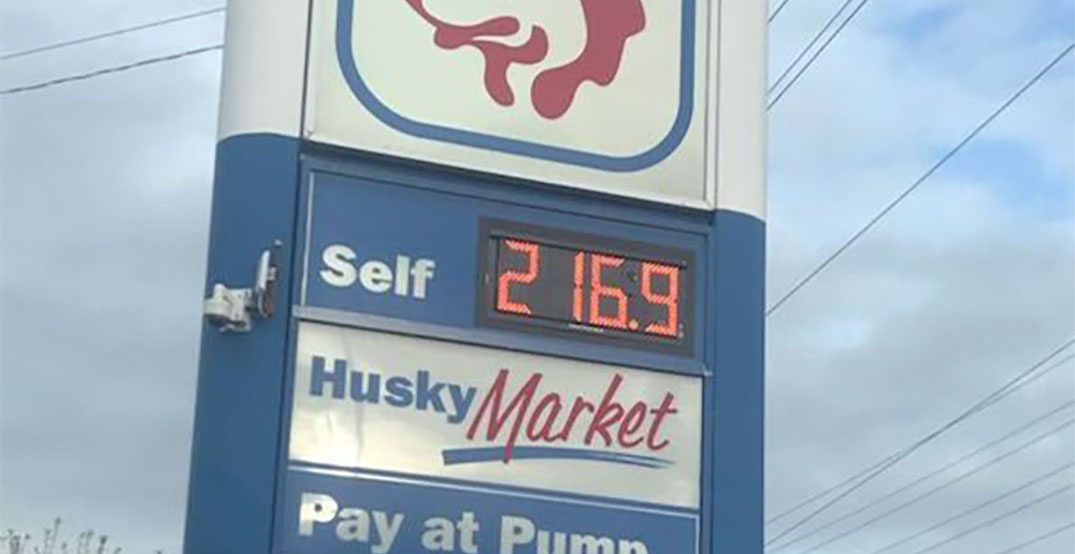 Another week and another record at the pump for Metro Vancouver drivers as gas prices surged to nearly $2.17 per litre at some stations.

Prices eclipse the previous record, which was $2.116 according to the Canadian Automobile Association.

Gas prices are surging across the country, but Metro Vancouverites are currently paying the most for gas in the country, according to CAA. The prices on May 6 were higher than previous record prices in all other provinces.

Daily Hive spotted a station in Maple Ridge selling gas for $2.169 per litre and another station at 12th Avenue and Clark Drive in Vancouver was selling regular for $2.139 and premium for $2.349. 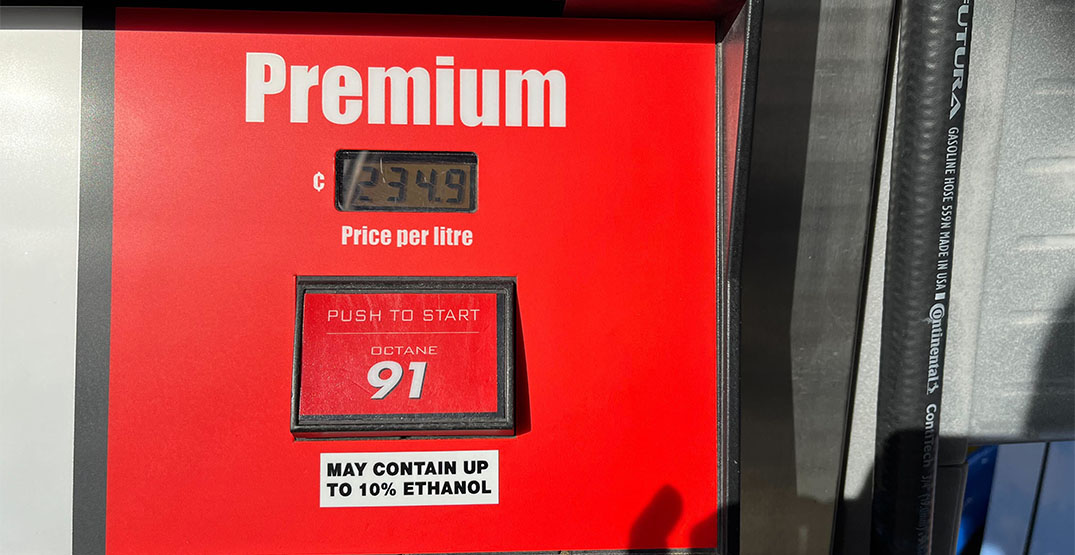 Roger McKnight, the chief petroleum analyst with EN-PRO, told Daily Hive earlier this week that the price at the pump would jump around five cents.

In late February, Daily Hive reported that the price of gas was just above $1.80 per litre at Metro Vancouver gas stations.

Compared to this new record, $1.80 per litre almost seems cheap.

Various factors contribute to this new record-high, including a couple of east coast refineries being closed, a carbon tax increase, and a weak Canadian dollar. Experts have also said that Russia’s invasion of Ukraine is also contributing to the price surge.

After pressure from the media, on the heels of other provinces offsetting the cost at the pump for residents, BC Premier John Horgan announced in March that drivers would be getting a $110 rebate through ICBC. The value of the rebate increases to $165 for commercial drivers.

Wondering when that rebate may arrive? Payment will depend on how you’ve registered through ICBC. Drivers who are registered with direct deposit can expect their refunds sometime this month, but everyone else will likely be waiting till June.

It might be a good time to pull out the Compass card if you’re in Metro Vancouver.