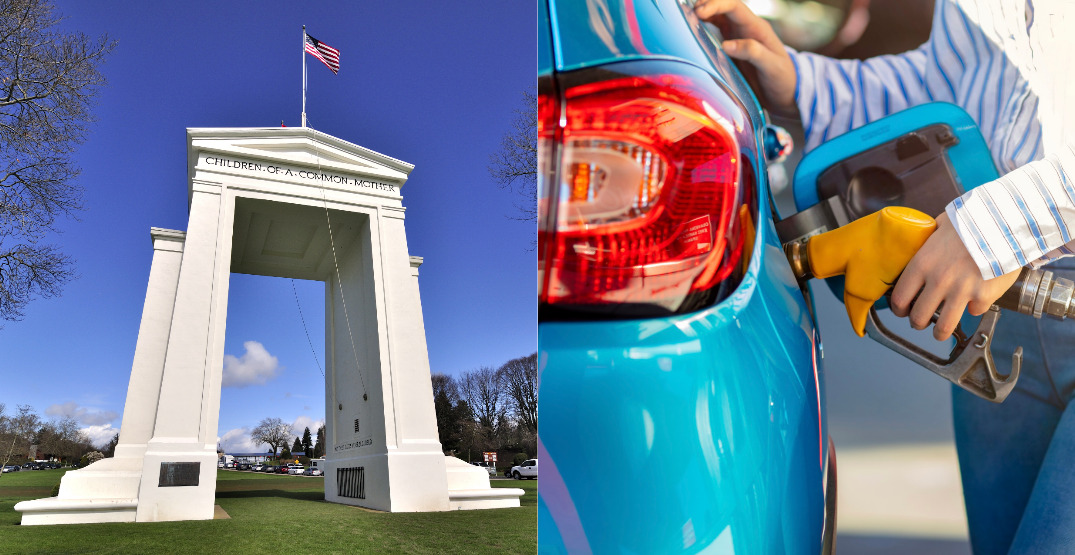 It might be the perfect time for a road trip down to the States, as border restrictions are set to ease on Friday and gas prices are on the cheaper side.

According to GasBuddy, you can find fuel in the US for approximately 60 cents cheaper than it is in Canada, even with the exchange rate in mind.

As we’ve seen in recent months, the price at the pump can change dramatically within days, so while prices aren’t set in stone, and your mileage may vary, rates are still lower.

When looking at a place like Ferndale — a city in Whatcom County, Washington — there are a few stations that have the price at the pump listed as low as USD 3.95, reported by the owner of the station.

Using some simple math, this is how cheap that is for you as a Canadian.

The USD 3.95 per gallon rate for gas in the States translates to CAD 4.93 per gallon, or CAD 1.30 per litre. According to GasBuddy, in BC, CAD 1.87 is the lowest reported price at the pump at a SuperSave in Langley, nearly 60 cents more expensive than what you’d be paying in the States.

Driving down to the States for cheaper gas has been a fairly common practice for many drivers, but border testing requirements added costs that would have negated the benefit of taking a road trip down south.