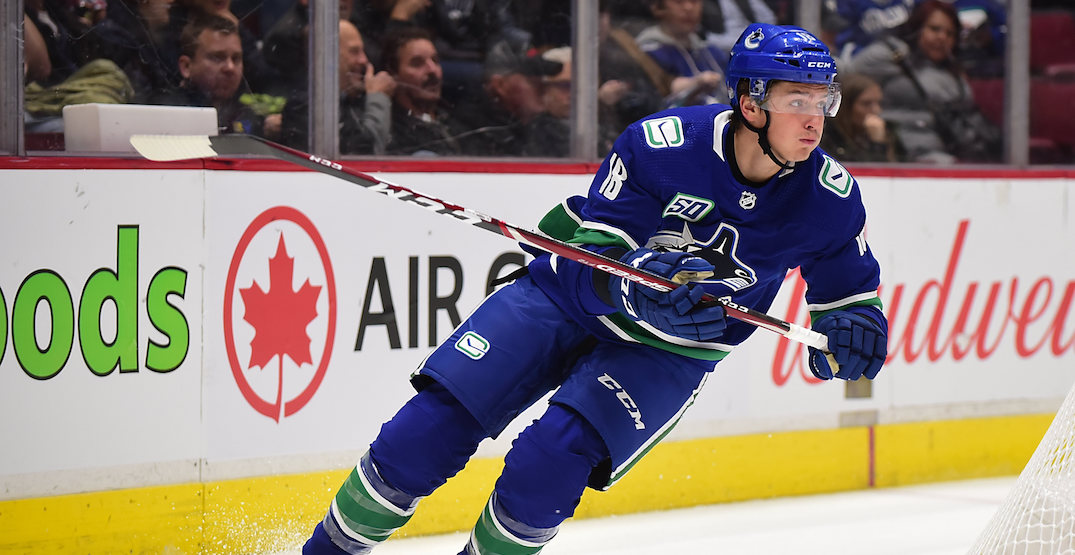 The next stop in Jake Virtanen’s hockey career could be overseas, according to a report out of Russia.

Sport24 is reporting that the former Vancouver Canucks winger has been offered a contract with SKA St. Petersburg — Vasily Podkolzin’s former team in the KHL. The deal offered is reportedly worth 60 million rubles, which translates to about $816,000 USD.

The KHL regular season schedule begins much earlier than the NHL, with SKA’s first game set for Thursday.

Virtanen was due to make $3.4 million USD next season, but was bought out by the Canucks in late July at one-third of his $3 million base salary. He’ll receive $500,000 from the Canucks in each of the next two seasons.

The 25-year-old from Abbotsford never played another game for the Canucks after he was placed on leave on May 1, when sexual misconduct allegations about him became public.

“Our organization does not accept sexual misconduct of any kind, and the claims as reported are being treated very seriously by us,” the Canucks said in a media release at the time.

An investigation by the Vancouver Police Department (VPD) has been launched, and a lawsuit was filed against Virtanen by a woman in civil court. Virtanen denies the allegations against him.