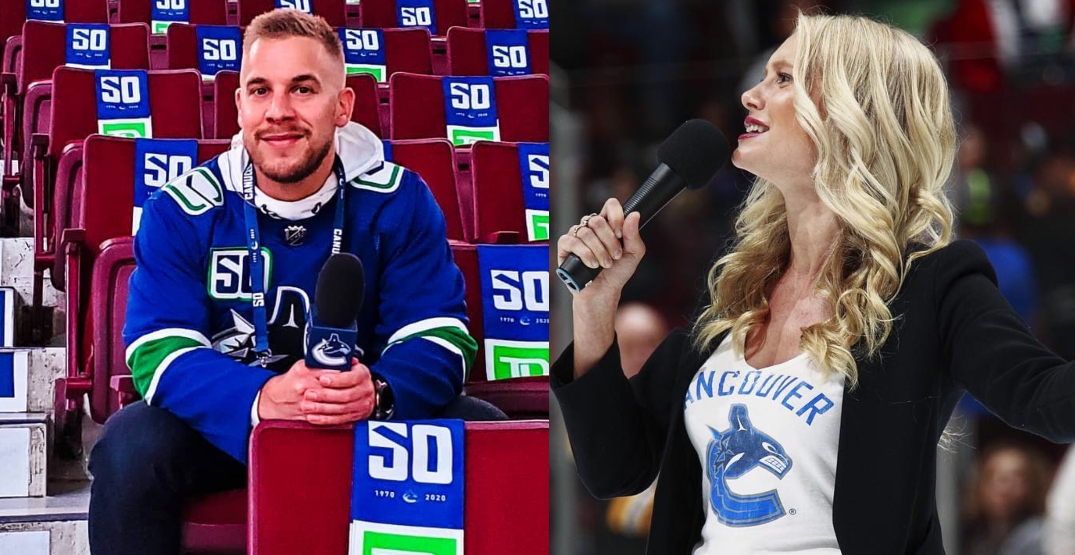 The Vancouver Canucks are looking for a new in-arena host at games for next season.

Tyson Geick has left the job he held for one season, as he’s moving east to become the Director of Communications for the Halifax Thunderbirds NLL franchise. Geick took over from Hannah Bernard, who held the Canucks’ in-arena hosting job for five seasons before leaving in 2019.

The Canucks are inviting people to submit a video as part of their application for the unique on-camera job. The team is advertising the position as a “co-host” on social media, which would suggest they’re looking to add more than one person.

Be the next #Canucks in game co-host!

Send a short video of why you would be a great co-host at Rogers Arena along with links to other on camera work to the link below. https://t.co/12Ny5Etw5X pic.twitter.com/K6Lo32BK5G

The in-arena hosting gig is one of many jobs the Canucks are hiring for, as the team prepares to play in front of fans this fall for the first time since March 10, 2020.

The Canucks currently have 74 job openings posted to their LinkedIn page.

Not only does the team have to hire for jobs in Vancouver, they’ve also got positions to fill in Abbotsford in preparation for the debut of their new AHL team. The Vancouver Warriors lacrosse team is also poised to return to Rogers Arena this December.

The Canucks begin the preseason on September 26, with the puck dropping on their regular season schedule on October 13.