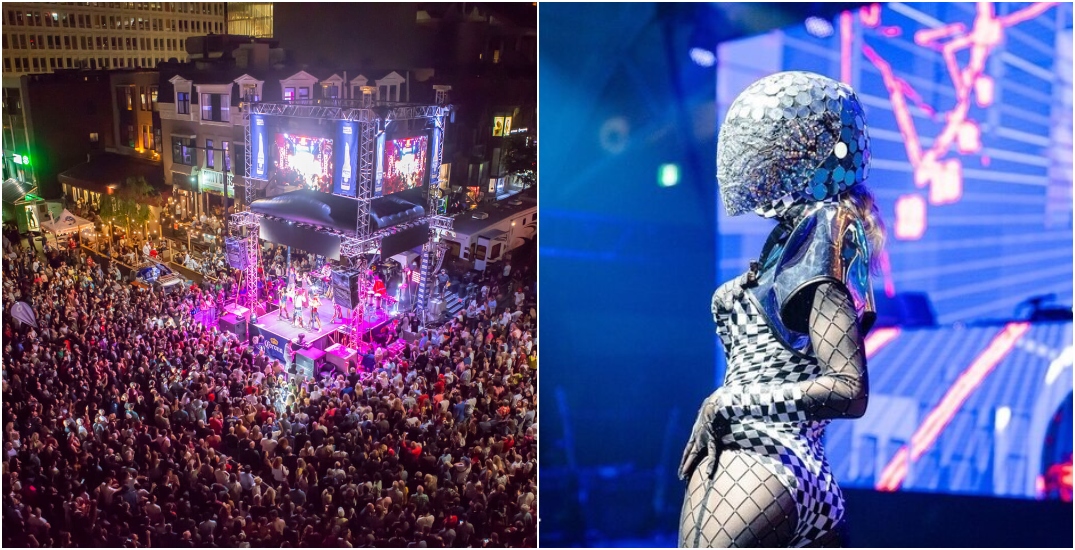 The F1 weekend in Montreal may have come and gone but its high-octane intensity and non-stop action still linger around the backseat well into summer.

Daily Hive had a chance to visit the only Canadian stop of the Grand Prix — hosted by Montreal since 1978 — calendar this past June, the city’s first return-to-normal event since being cancelled in consecutive years due to the pandemic.

It’s hard to classify Formula 1 fans as sports fans, as they’re so much more than that. The better comparison may be Deadheads – the nickname given to the faithful group of that used to follow the Grateful Dead from city to city on their tours.

While a tourist may pine to see the latest tourist trap a city has to offer, a Deadhead couldn’t wait to hear that night’s setlist. Visit any Grand Prix, and you’ll undoubtedly run into fans that have visited several over the years or even that very year.

Montreal’s Grand Prix is like that. An entire city devoted to F1 (or at least pretending to in the name of non-stop street parties across the island).

The city-wide party in Montreal takes place over three days: practice runs on Friday, qualifying races on Saturday, and the main event on Sunday.

While the Circuit Gilles Villeneuve is a sight to see itself (it sits on a man-made island known as Parc Jean-Drapeau, with a beautiful backdrop of The Biosphere and Montreal’s skyline) – it’s customary for an F1 visitor to fill the time with other parts of Montreal, which uses the Grand Prix to catapult itself as a world-class summertime city.

Here’s a quick recap of highlights, events, and restaurants from a fantastic whirlwind of a weekend at Montreal’s Grand Prix — the city’s unofficial mark of a seemingly never-ending summer festival season.

You’ve likely flown in Thursday, and just got yourself settled into your Airbnb or hotel. Whichever it is, hopefully you’re close to either Old Town Montreal or one of the F1 street party sites. Regardless of where you’re staying, take comfort in Montreal’s fantastic metro system, as a station will always be relatively close by. Hopefully, you’re reading this a few months prior to actual race day, as you’ll need that much lead time to book reservations at Joe Beef for dinner. 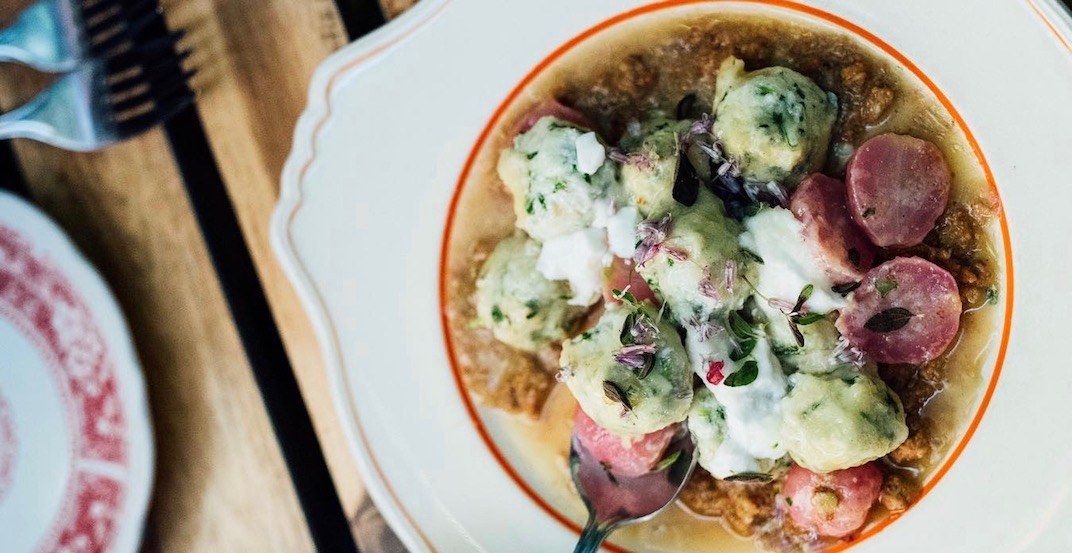 Joe Beef is more of an institution than a restaurant – one of those places that can stand shoulder to shoulder with any other marquee restaurant in the world. One tip: let the server know your dietary restrictions, and let them take the wheel on ordering for your table. The staff is incredibly knowledgeable about all of the dishes, and our server created just a perfect dinner. 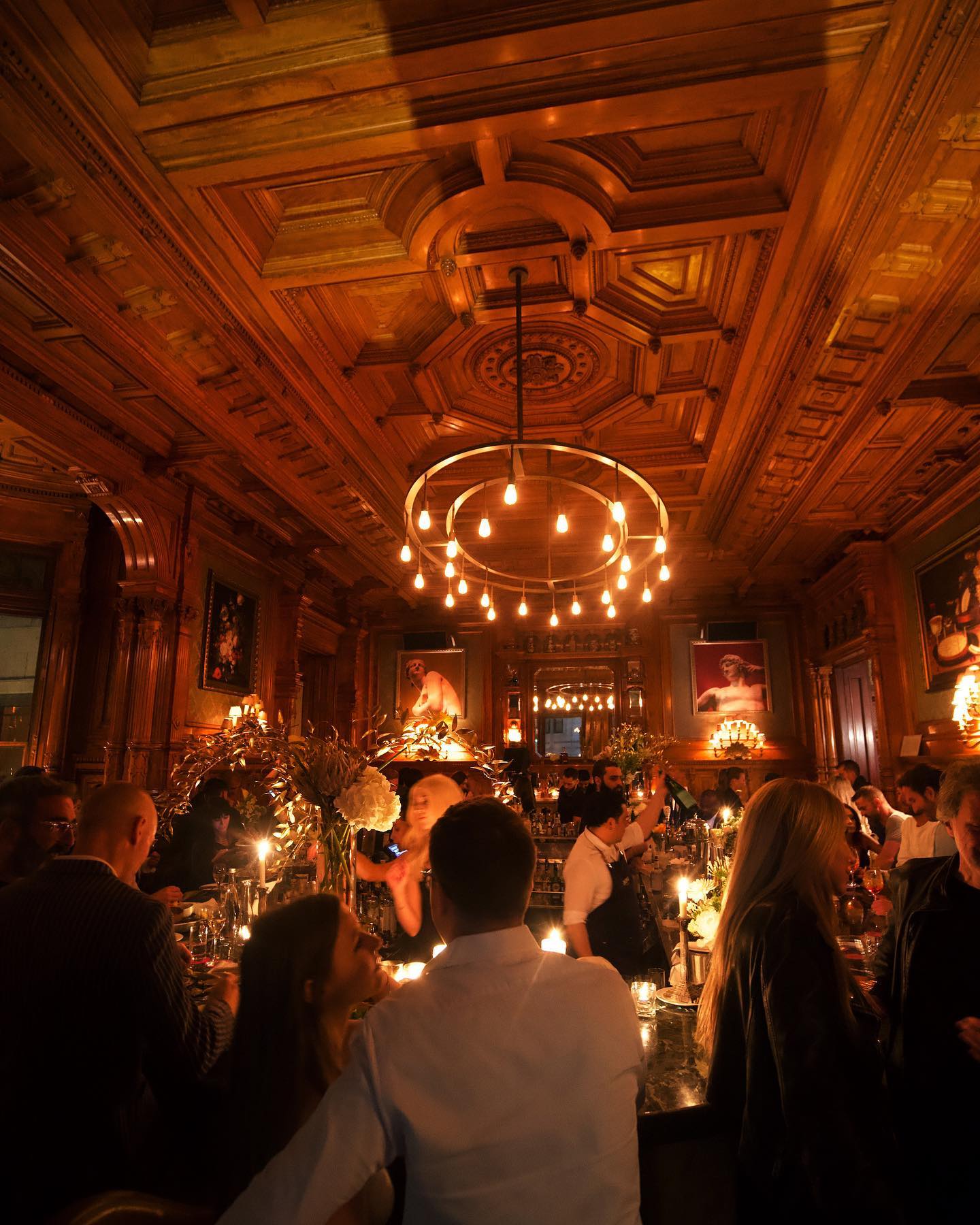 From one Montreal institution to another, you’ll want to dress to impress and head over to Bar George, located within Le Mount Stephen hotel. Bar George is as grand and swanky as they come, and specializes in Scottish and British cuisine – but, most importantly, good times. It fills up really fast, so you’ll need reservations here as well – perhaps a table; that way you’re not amidst the crowds outside waiting to get in. Grand Prix weekend is, as you’d expect, very busy, and Bar George packs in a crowd. Bar George is separated into a few different rooms, and every one was filled elbow to elbow with party goers. Beautifully decorated for Grand Prix weekend in an Alice in Wonderland theme throughout, although even if it wasn’t, the space feels incredibly regal.

You’ll likely spend a little more time at the race track on Saturday taking in some practice rounds and the GP Qualifiers, which means you’ll work up quite the appetite walking around the Circuit Gilles Villeneuve. We’d recommend visiting the official F1 street party setups, having a bite, taking in the crowds, and enjoying a cold beverage or two, before making your way to dinner. Saturday night started at the fantastic The Farsides for some pre-drinks, and small bites. From there, you’re a few minutes’ walk away from the Great Gatsby-inspired Bord’Elle; where you’ll be enjoying dinner, drinks and nightclub vibes as the night goes on. 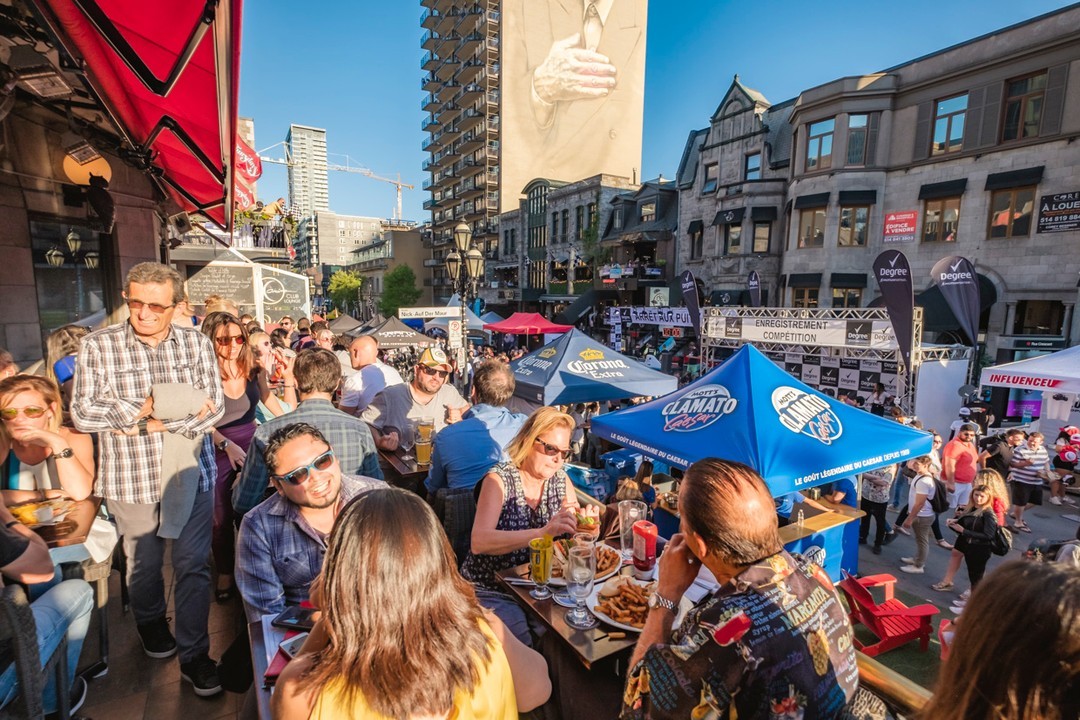 Bord’Elle has three different spaces – there’s the main floor, with table seating surrounding a 360-degree long bar, along with two smaller rooms – the whisky lounge and the champagne lounge – each with its own dedicated bar. The service experience is consistent no matter which room you’re in, and on this night, we happened to find ourselves in the whisky lounge. Seated in leather sofas, walls lined with bookshelves and seating overlooking the main room down below. 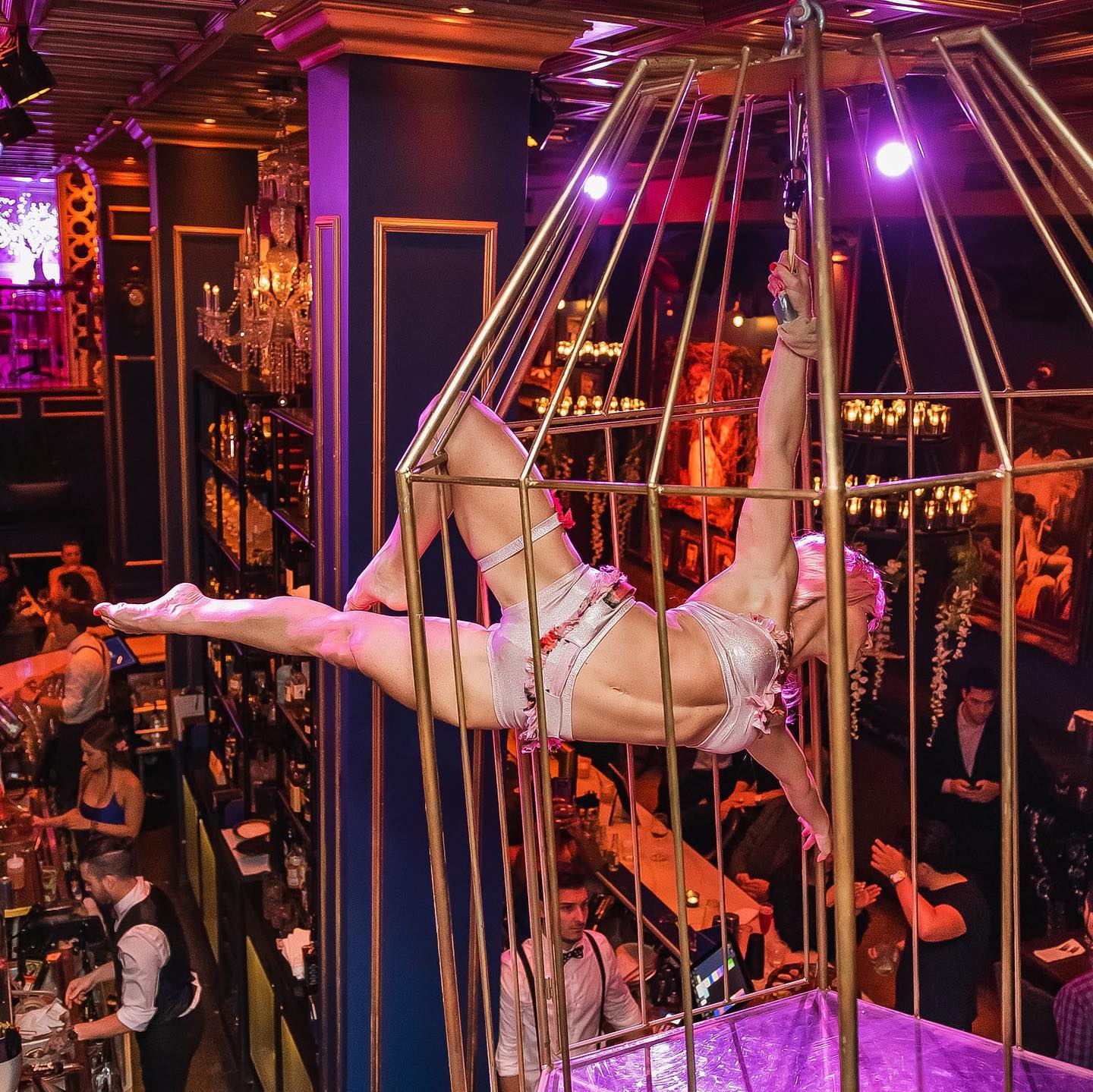 The setting is very much Gatsby-esque – even the balloon bouquets seem opulent. Throughout the main room, you’ll be treated to burlesque dancers, which are visible from all corners of the venue. The rooms were filled with friendly faces, and everyone seemed to be enjoying themselves, there may have been an F1 driver enjoying dinner prior to race day – so, you know you’re in the right spot. It’s clear that Bord’Elle attracts a pretty diverse crowd – bottle service was being enjoyed by many, young and old faces alike. One of the standouts of Bord’Elle was the music – a brass band-infused dance mix filled the room, and was unique enough that it stood out from the weekend. 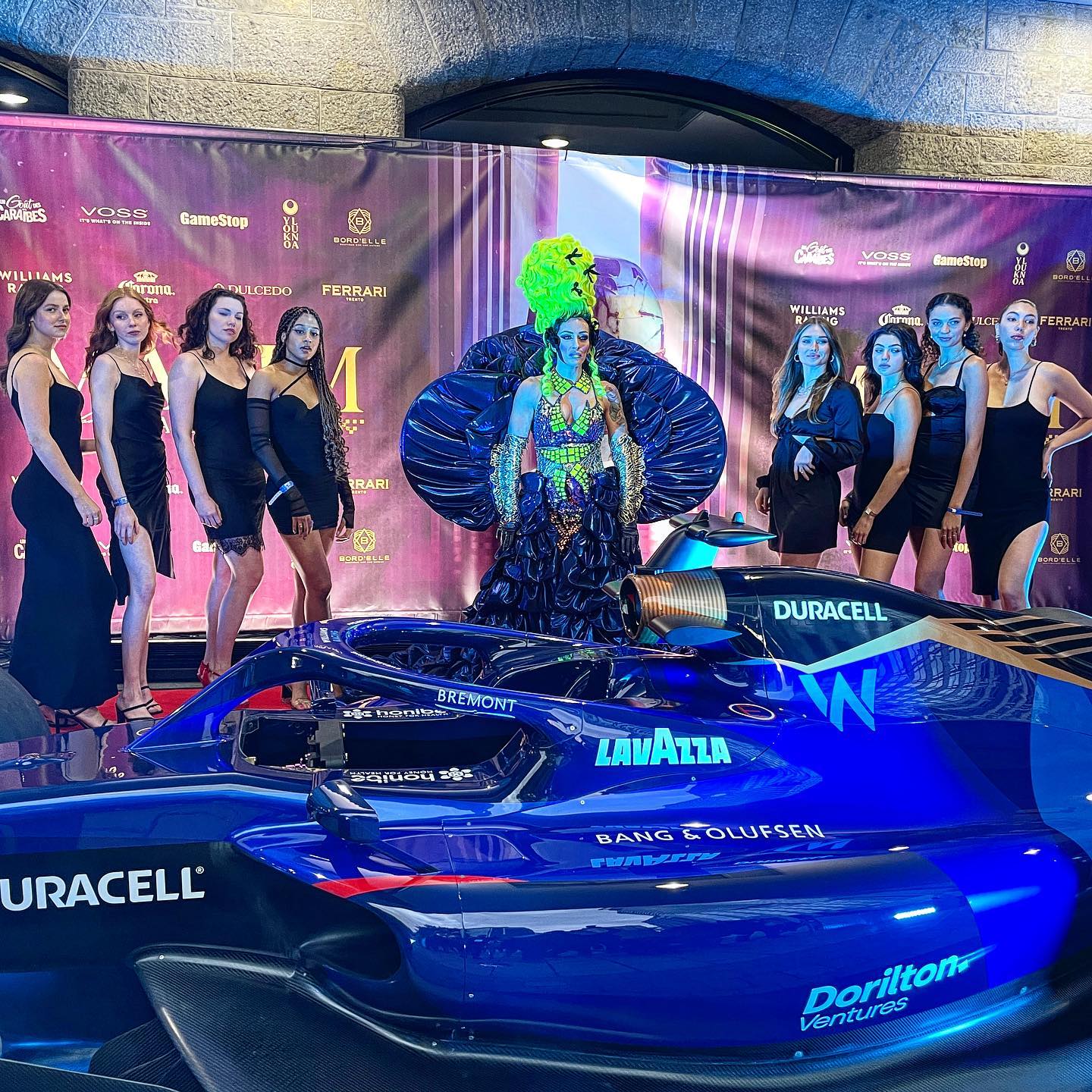 After Bord’Elle, we knew we’d regret not going to one of the most hyped parties of the weekend – the Maxim Magazine Grand Prix Party featuring performances by Wyclef Jean and T-Pain in the former railway station, Windsor Station. The venue was filled with performance artists, and interactive street art displays, including a graffiti-wrapped Williams Racing car, and of course, party goers. The highlight by far of the night was T-Pain, who performed a fast-paced, energy-filled set of hits that kept the crowd bouncing. Fingers crossed this party returns for the next Grand Prix in Montreal.

You’ve made it to race day, congratulations!

The majority of your afternoon and perhaps early evening will be spent at the racecourse. We’d recommend starting your day in Old Town and perhaps enjoying a Full English breakfast and pint at the Wolf and Workman, a proper English pub, with a ton of seating.

After the race, once you’ve rested your feet from all the lineups and walking, you’ll probably want to get one more night of friendly Montreal nightlife. You can’t go wrong with Yoko Luna – the largest supper club in Canada. 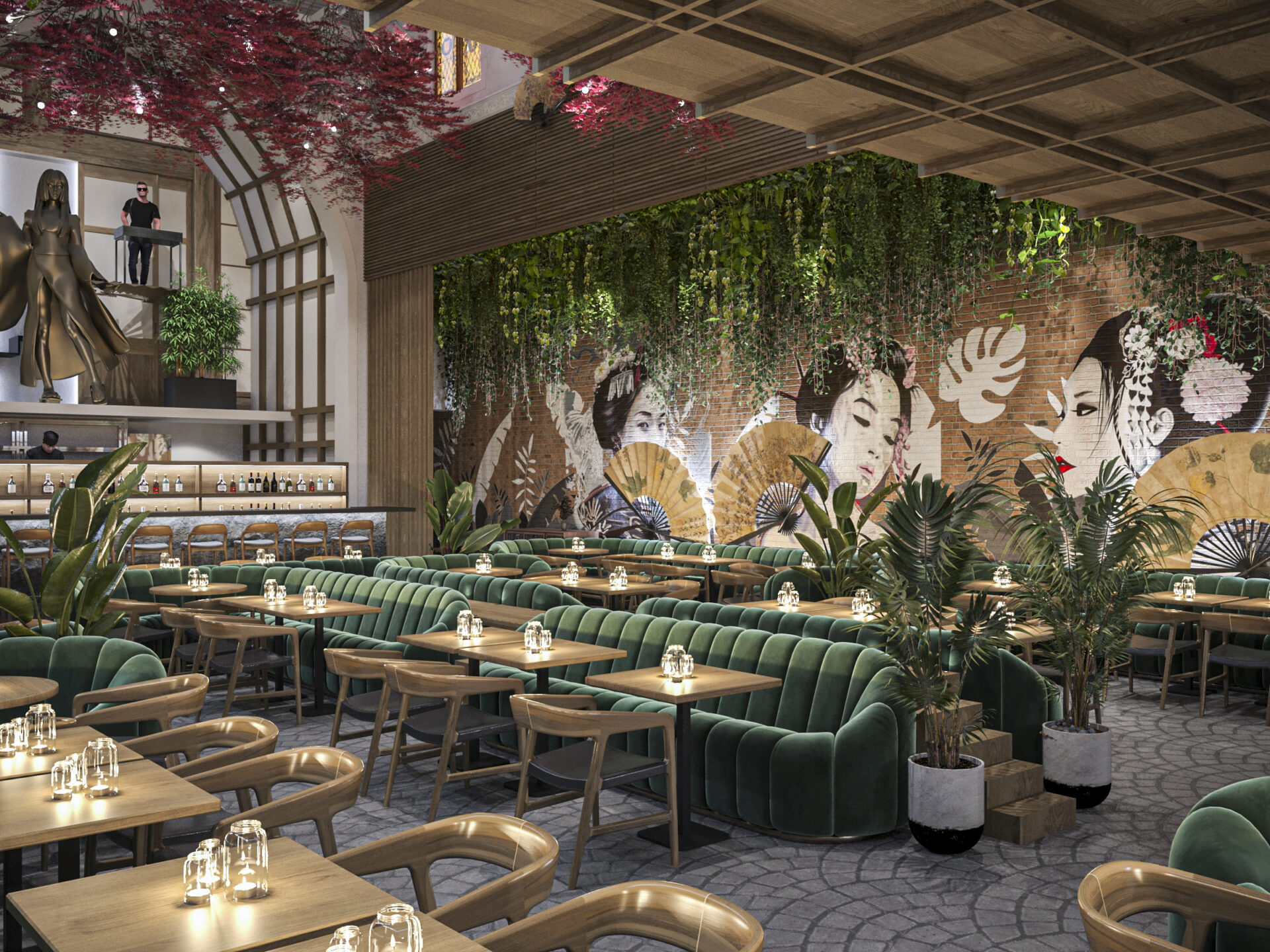