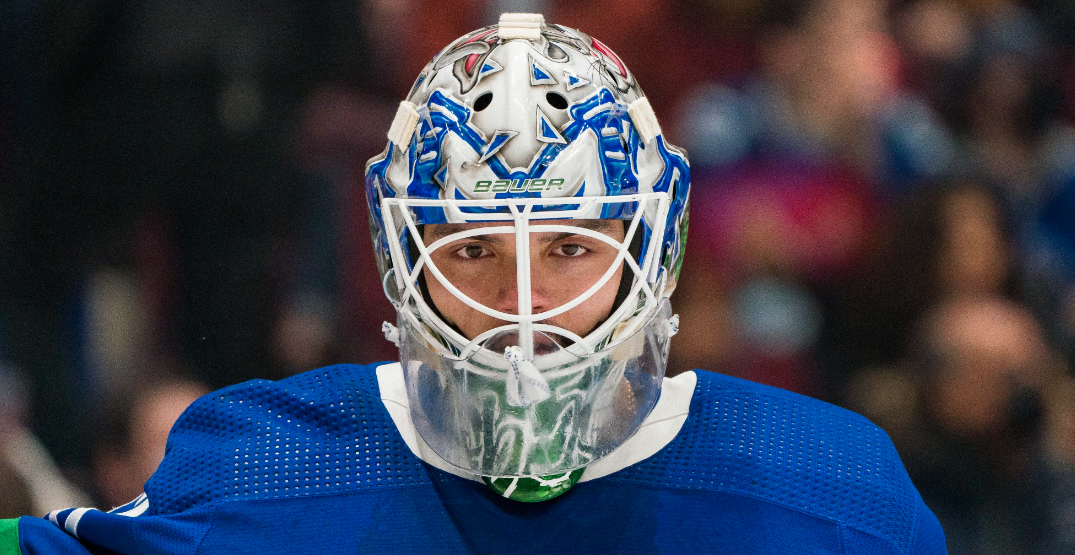 Michael DiPietro is officially back with the Vancouver Canucks.

The 23-year-old goaltender accepted his qualifying offer from the Canucks, bringing him back into the organizational fold on a one-year deal that’ll pay him $840,000 in the NHL and $70,000 in the American Hockey League with the Abbotsford Canucks, according to CapFriendly.

DiPietro, who has logged three games of NHL experience, was 0-1-0 and allowed three goals on 17 shots in 57 minutes of action with Vancouver last season.

He was 15-13-4 with a 2.95 goals-against average and .901 save percentage in 34 games in Abbotsford, splitting the crease primarily with Spencer Martin and Arturs Silovs.

DiPietro, who was selected in the third round (No. 64) in the 2017 NHL Draft, might not be sticking around for long. It was reported last month that the Canucks were looking to shop the young keeper.

CHEK’s Rick Dhaliwal indicated the Canucks may be looking to get him a “fresh start.”

“Mike DiPietro, it’s time for a change. He needs a fresh start, he’s got to get out of here. He’s falling behind Arturs Silovs,” said CHEK’s Rick Dhaliwal on June 29, speculating that the Montreal Canadiens could be partners in a potential swap.

DiPietro was a Memorial Cup winner before the Canucks drafted him, and the Windsor, Ontario product starred for Canada at the World Juniors when it was held in Vancouver.

His transition to pro hockey hasn’t been smooth, though.

DiPietro has a 2.85 goals-against and .905 save percentage in 74 career AHL games over parts of three seasons.