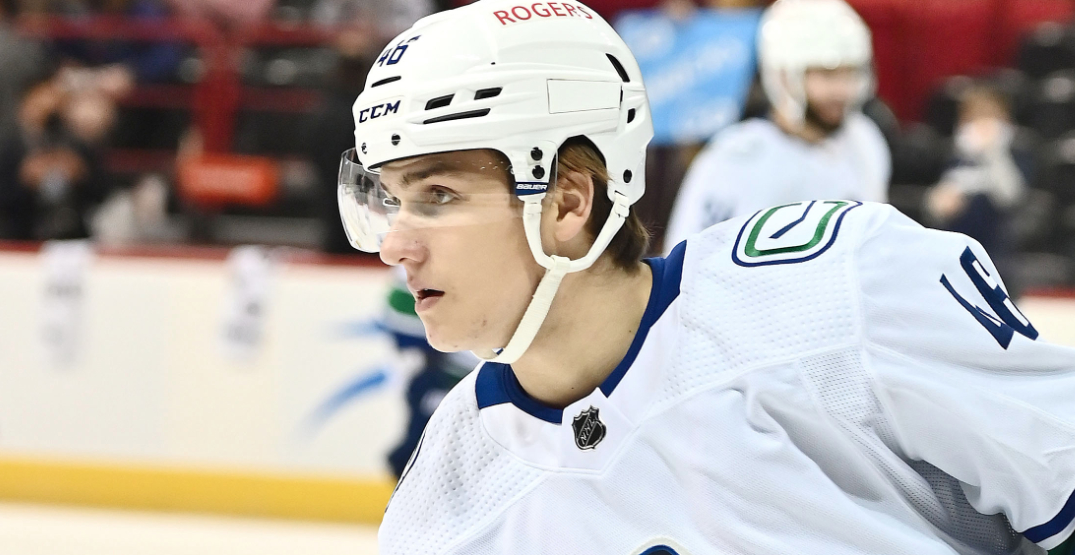 It’s fitting that the Vancouver Canucks development camp concluded today with a hike up one of Vancouver’s most popular attractions.

Let’s face it. It’s been a grind for years for the Canucks to establish a prospect pool of any kind.

Most of the recent high-end draft picks have bypassed the development arm of the organization and taken the fast track to the National Hockey League.

But after watching the Canucks prospects a couple of times over this past week at UBC, I have to say you can finally see players that give every indication that they may one day skate on NHL ice.

Now, that’s not to say there are many blue chippers in the bunch. Let’s be clear about that. But for an organization that not that long ago pointed to the likes of Alexander Grenier and Joe LaBate as success stories coming through the minors to touch the NHL.

Through the draft, trades and free agency, the Canucks have assembled a cast of characters that should make watching Abbotsford far more interesting this season and beyond the AHL. They appear to have a few legitimate prospects as well.

Aidan McDonagh certainly has pro size, and thought he looked good at UBC this week. Linus Karlsson will have to adjust to North American ice, but he had moments he stood out against his peers.

Nils Aman is intriguing. He’s big and skates well, and we’ll see where his journey takes him. Danila Klimovich scored a big time bar down goal in the scrimmage and then wowed the crowd with a slick between the legs goal in the shootout.

Arshdeep Bains acquitted himself nicely in his first time in Canucks colours. The skill that made him the Western Hockey League’s scoring leader was evident throughout camp.

And then there was Jonathan Lekkerimaki, who is slight and needs to fill out — and he will — but his wicked one-timer goal to tie yesterday’s scrimmage certainly had fans in the stands buzzing and imagining the day he’ll be scoring goals like that at Rogers Arena.

It was a prospects camp in the middle of summer, and it’s important to remember that.

But for a team that hasn’t developed many of its own prospects over the past decade, there were reasons to be excited about what was on display all week.

Just like the Grouse Grind which signals the end of development camp, there is still a steep climb in front of all of these prospects to reach their ultimate goal of one day playing for the Vancouver Canucks.