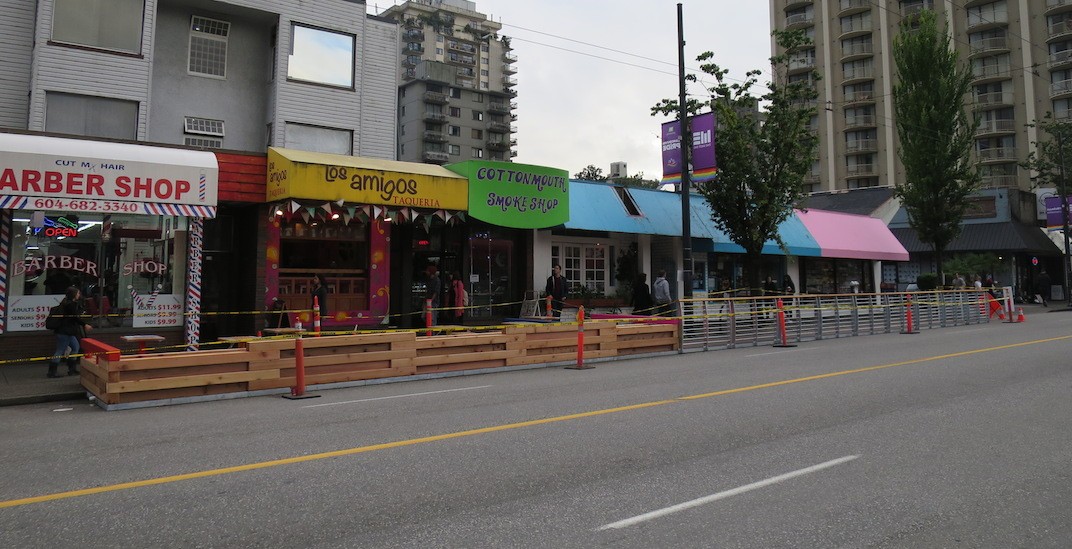 Vancouver’s gay district at Davie Village will be home to the city’s largest parklet area to date.

Just in time for the summer season, construction crews are in the process of completing new curbside parklets outside the businesses of 1118-1167 Davie Street, which are intended to directly serve Los Amigos Taqueria, the famous Stepho’s Souvlaki Greek Taverna, and Pumpjack Pub.

So far, the continuous parklet area spans about 70 ft in length, occupying the space of five metered parking spaces. 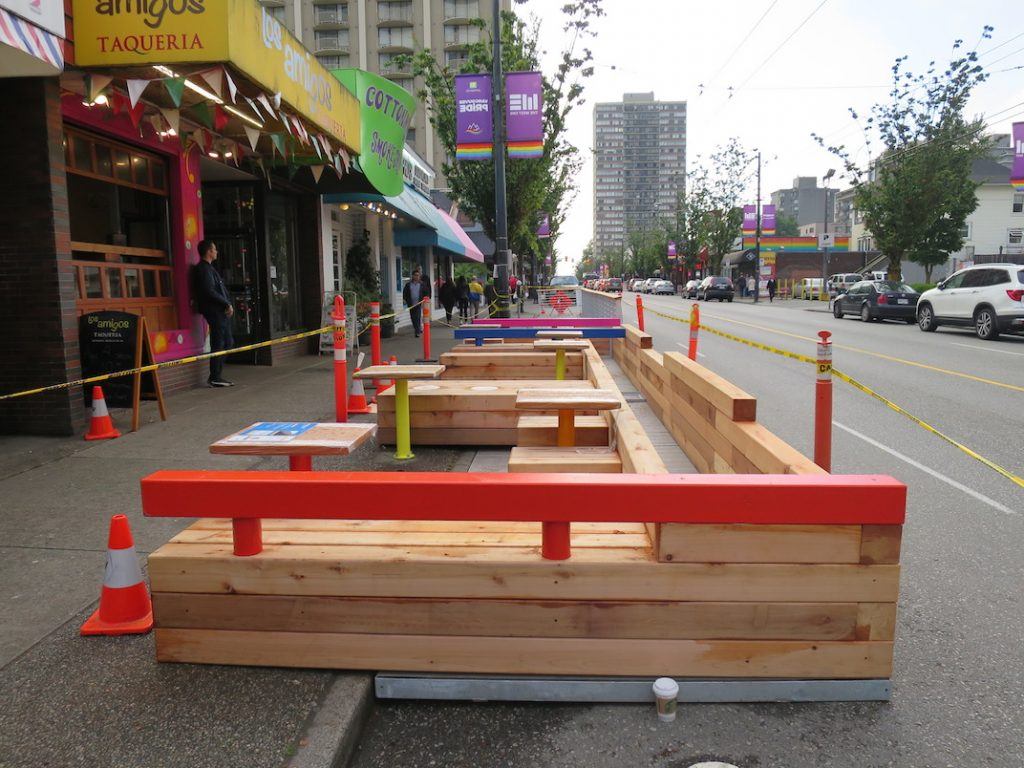 Towards the southern end of the parklet area, outside Los Amigos Taqueria, is a curbside patio built out of lumber materials, including the seating and railing.

Next to this directly outside Stepho’s is a parklet area with a contemporary design, which will initially be a sidewalk extension before being populated with furniture to become a curbside patio for the restaurant. 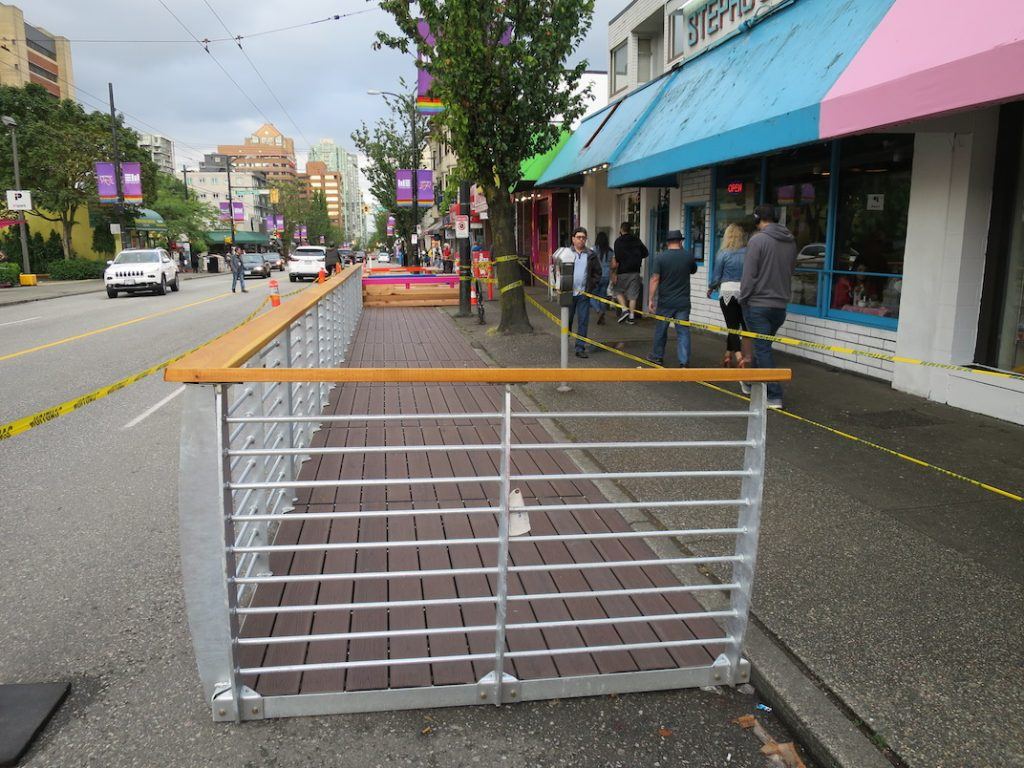 PumpJack Pub’s curbside will also have a patio to act as a sidewalk extension. This parklet will see furniture as well.

The municipal government says the parklets are in partnership with the three businesses.

Parklets are coming to two other areas of the city this summer; a parklet was recently constructed outside the Japadog restaurant at 503 Robson Street, and a parklet is also being installed on the curbside of 5896 Fraser Street in South Vancouver in partnership with South Hill Business Improvement Association and Tim Hortons. The latter parklet location is complemented by an on-street mural created by the students of John Oliver Secondary School. 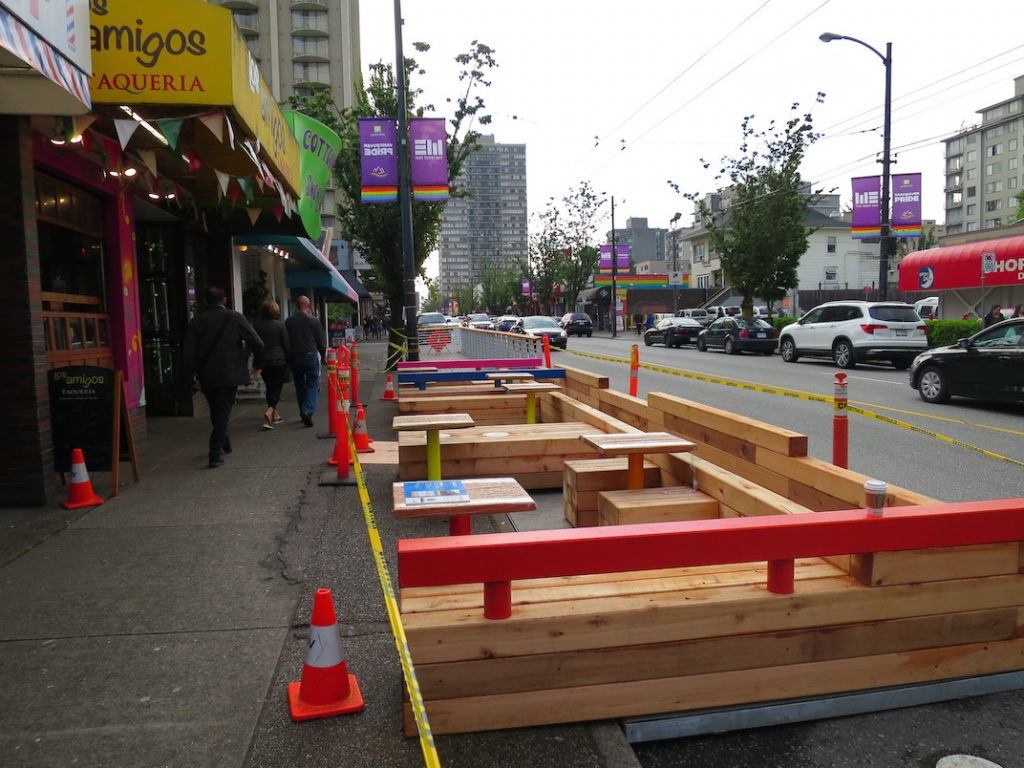 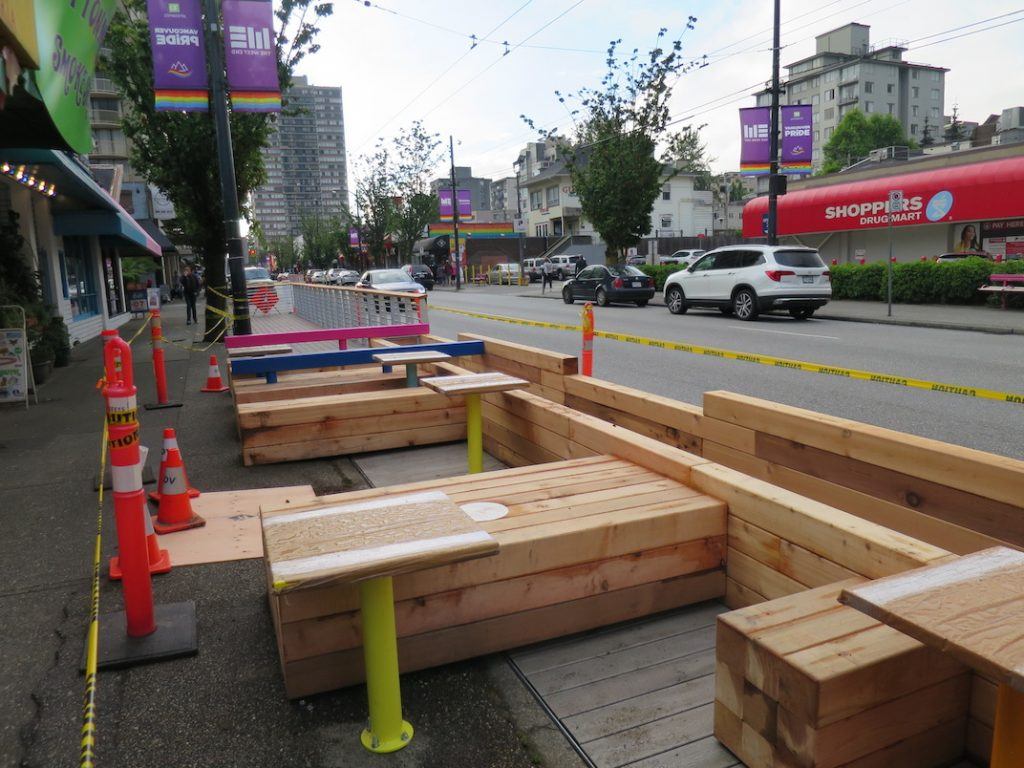