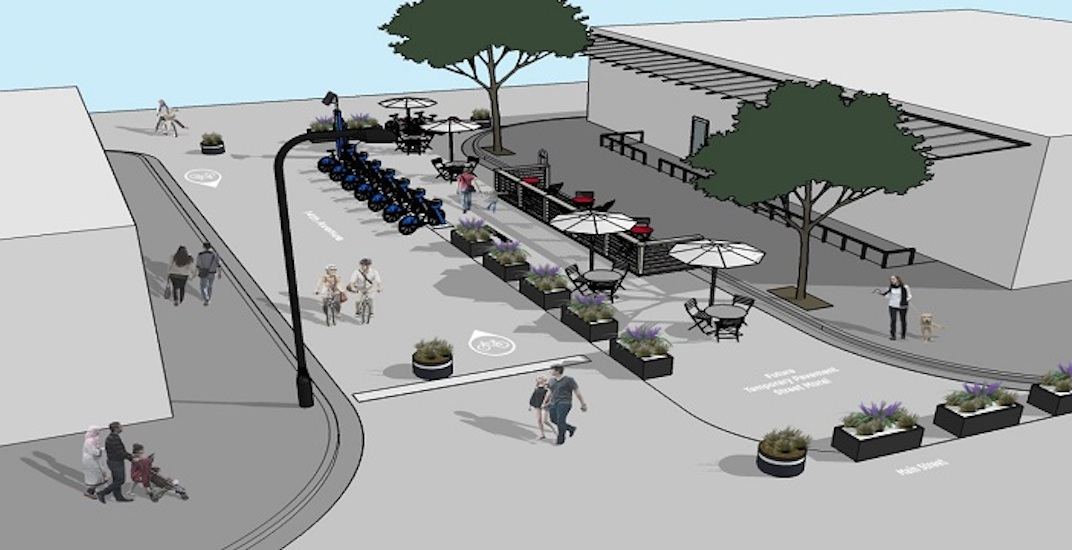 The public parklet just outside the JJ Bean cafe on Main Street in the Mount Pleasant district will be evolving into a new public plaza this week, just in time for this weekend’s Car Free Day Main Street festival.

This involves the closure of East 14th Avenue between Main Street and Watson Street laneway to vehicles to accommodate expanded public seating around the parklet and placing new planters, which double as traffic barriers.

There will also be delineated space for cycling as part of the 14th Avenue bikeway running through the new plaza. 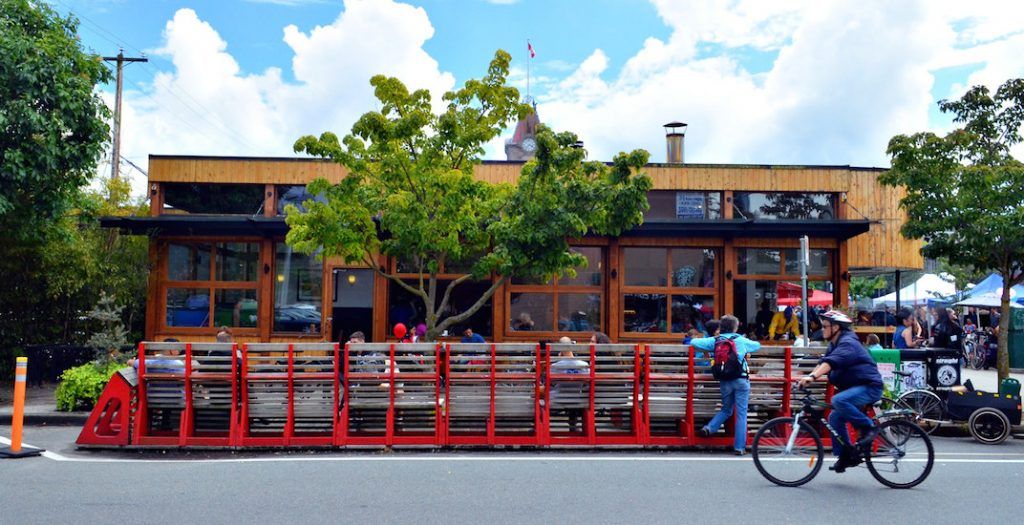 The public parklet at Main Street and East 14th Avenue in front of the JJ Bean cafe in 2014. (Steve Chou / Flickr)

The City of Vancouver says there will be no loss of parking spaces, and access to the laneway will be maintained from East 13th Avenue and East 15th Avenue.

This plaza is intended to be an interim design that evolves over time.

Other streets turned into public plazas in the city include last year’s interim conversion of a half-block stretch of Bute Street south of Robson and the $2.3-million purpose-built Jim Deva Plaza further south on Bute Street in Davie Village.