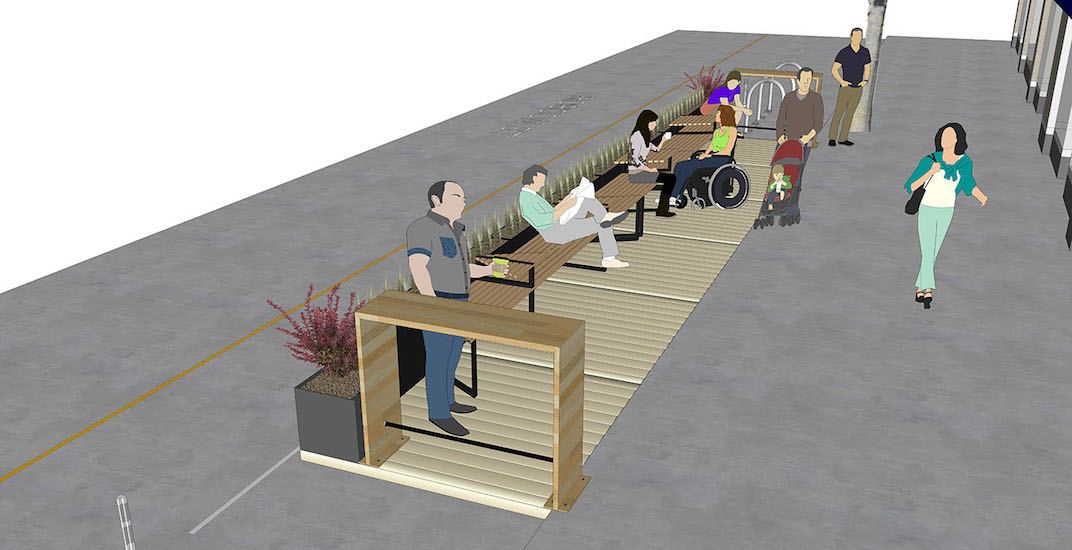 Artistic rendering of the parklet for the Japadog restaurant at 530 Robson Street, Vancouver. (City of Vancouver)

Vancouver’s most famous hotdog food chain is building its very own public parklet in front of its brick-and-mortar location on Robson Street.

Japadog will be building a patio-like seating area in front of its restaurant location at 530 Robson Street in downtown. The parklet will occupy the curb lane, taking up three existing metered parking spaces. 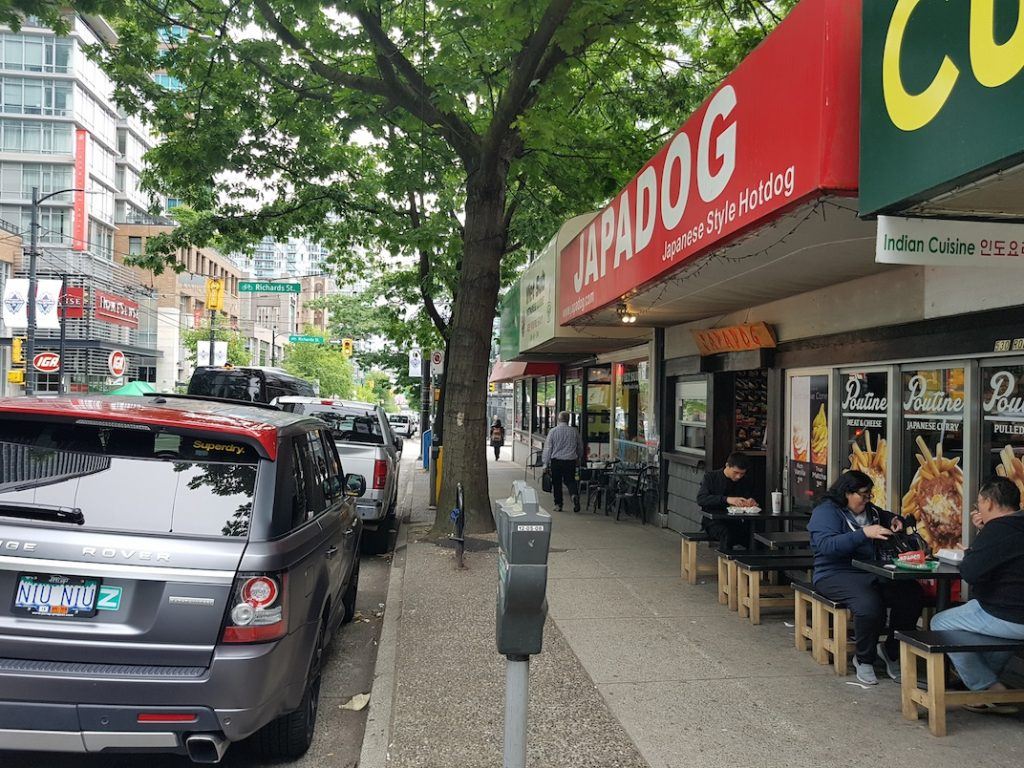 Installation will begin next week for an opening in the last week of June.

“We hope to have this place as a place of rest for the neighbourhood community, and it will benefit surrounding businesses too,” Daijiro Inoue with Japadog told Daily Hive.

According to the city, the design will consist of a platform extending from the sidewalk, with planters, unique wooden seating, and high tables. It is a “joint venture” between the municipal government and the restaurant chain.

It will be similar to the seven existing parklets across the city, including the first parklet a few blocks north outside Cafe Crepe at 1032 Robson Street. This parklet resolved the issue of pedestrian bottlenecks outside the cafe’s take-out window, caused by the narrow sidewalk. 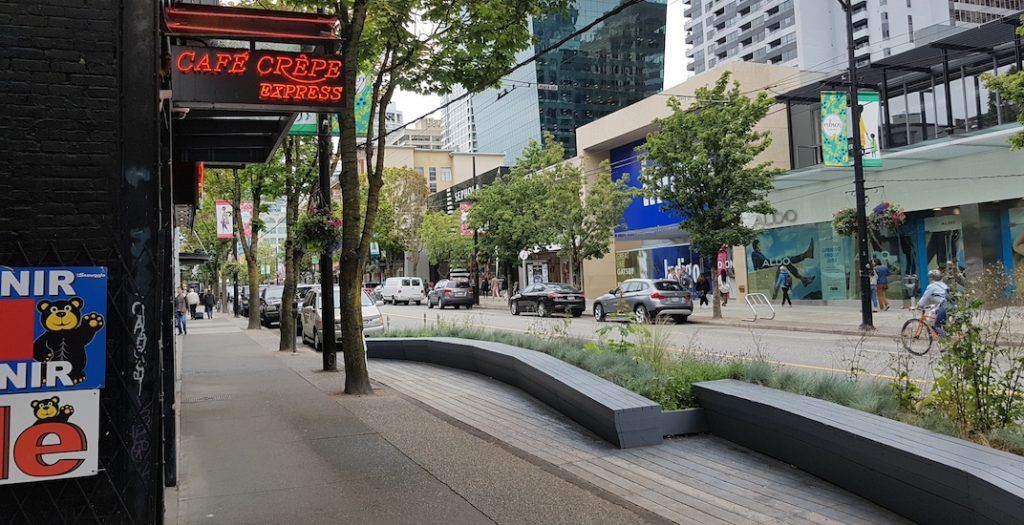 Japadog has seven other locations in Metro Vancouver, with six stands and food trucks and another brick-and-mortar restaurant location at McArthurGlen Vancouver Airport Outlet Centre. It also has two stand locations in Los Angeles, including one location on the Santa Monica Pier.