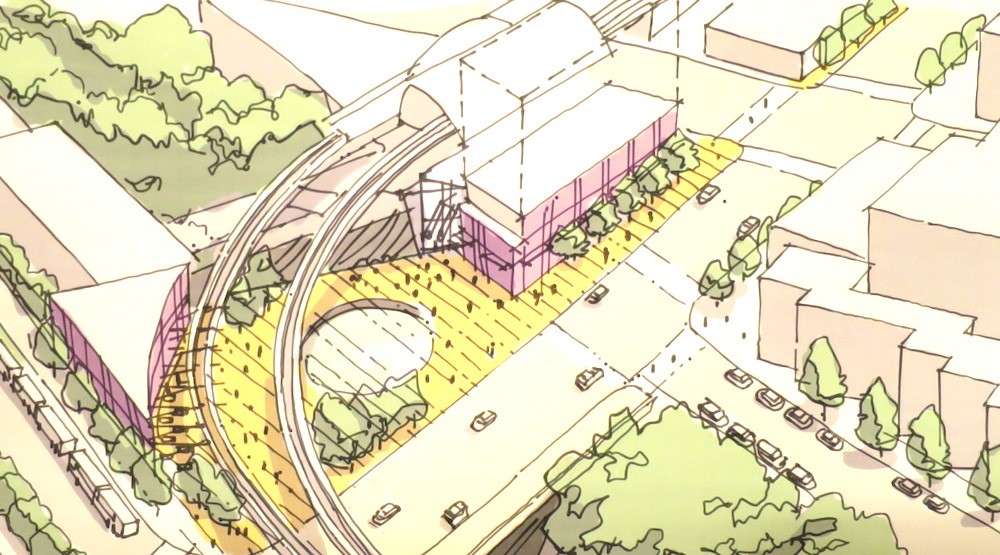 A large plaza could be built over the Grandview Cut on the east side of Commercial Drive next to the SkyTrain hub as part of a redevelopment project in the area.

The proponents of the Safeway redevelopment next to Commercial-Broadway Station are proposing an alternative plaza option to fulfill its obligation of building a large plaza under the Grandview-Woodland Community Plan. 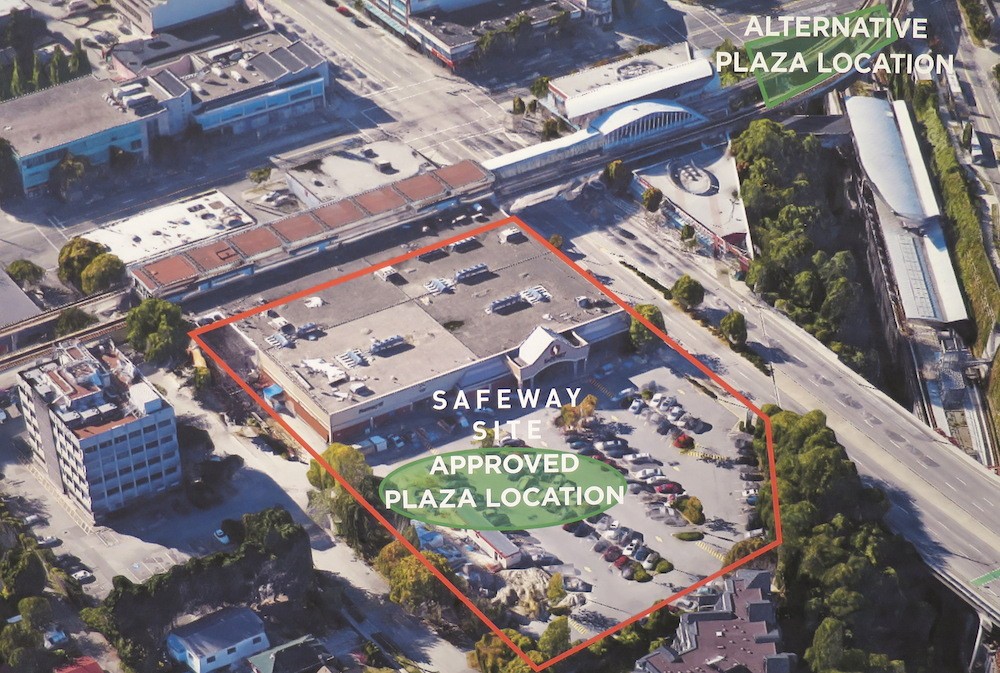 Crombie REIT, the real estate division of Safeway owner Sobeys, has partnered with local developer Westbank and Bing Thom Architect, and they initially proposed to build a plaza space as part of the mixed-use development. Under the community plan, there would be towers ranging between 12 and 24 storeys, with retail including a new Safeway store on the eastern end of the site.

During a community open house last week, City of Vancouver planner Andrew Pask told the public that developers were having difficulty with fitting a plaza on the tight Safeway site.

The development team says an alternative plaza over the Grandview Cut would provide an opportunity to “heal the divide” created by the wide railway trench and serve as a new community gathering area with its location next to Commercial Drive and the transit hub.

The northern edge of this potential plaza site along Grandview Highway could potentially accommodate a retail building to help activate the plaza.

At this point, the proposal is highly conceptual; no formal application has been received by the municipal government, and rezoning would be required to proceed. 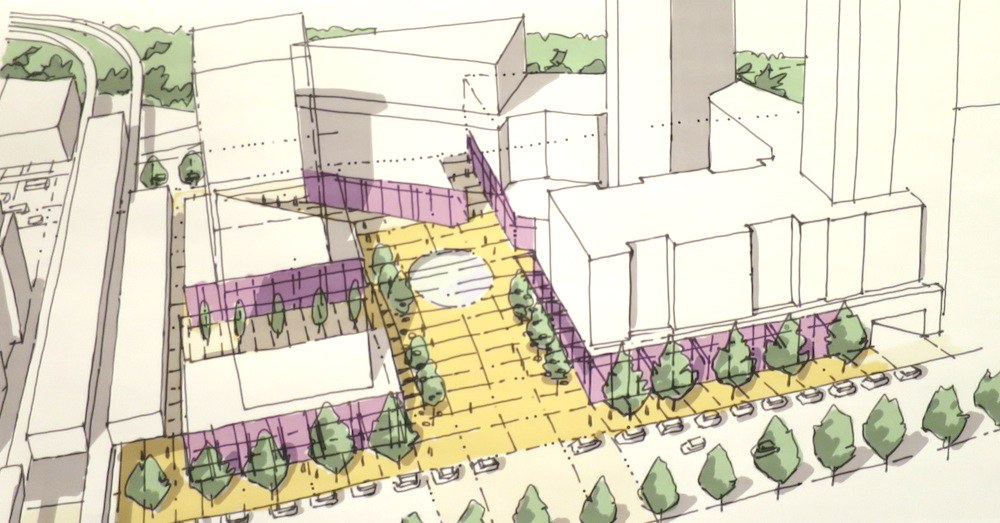 Option for a plaza located on the Safeway redevelopment. (City of Vancouver / Daily Hive composite photograph)

Option for a plaza located nearby outside of the Safeway redevelopment site over the Grandview Cut. (City of Vancouver / Daily Hive composite photograph)